Is Paganism a Nature religion? Should it be? The topic comes up periodically and recently we’ve had some thought-provoking and comment-inspiring essays, including this one from Sam Webster and this one from Gus diZerega.

I’ve given up trying to define Paganism – that’s an impossible task. But in this big tent, there are Pagans who explicitly worship Nature as God/dess, Pagans who include Nature in their worship, and Pagans for whom Nature is at best secondary to their worship of the gods. There are those who say that since we’re all a part of Nature we should worship her, and others who say that since Nature doesn’t care if we live or die worshipping her is at best naïve.

The question of whether or not we are a Nature religion is interesting and can be fun to debate. But the debate can distract us from more important matters. And our relationship with Nature is of extreme importance.

If your religion does not include reverence for Nature then I propose your religion is at best inadequate and may be detrimental to your life and to all life on this planet.

Our mindless use of natural resources has done wonders for humanity… or at least for those of us in “developed” countries. We live longer, easier, more secure lives than ever before. But this “progress” carries high costs and it cannot continue indefinitely.

World human population is near 7 billion and growing daily. We’ve already extracted and burned the easy-to-get fossil fuels and now we’re fracking for gas and trying to extract oil from tar sands. The level of carbon dioxide in the atmosphere now exceeds 400 parts per million for the first time in 3 to 5 million years. Bees are dying.

Political conservatives like to complain that American deficit spending is mortgaging our children’s future. They’re right, although I find most of their cures worse than the disease. Yet we are doing the same thing in regards to Nature – few conservatives and not many more liberals will even admit there’s a problem. The future for humans is bleak; the future for many other species is worse.

The modern Western world isn’t going to collapse next week or next year. And that’s the problem. Our evolutionary instincts tell us to worry only about today, because tomorrow we may get eaten by a lion. Every time the price of gasoline goes down sales of SUVs go up – as though the pump price this week is going to remain constant for the six or seven years you’re going to be making payments.

If we depend on our rational self-interest (which is rarely rational or in our best interests) to solve our problems, we will end up with too many people fighting over too few resources in a climate inhospitable to humans.

The answer must be a religious answer. We must learn to see Nature as sacred and treat her with reverence. Only by developing a sacred relationship with Nature will we find the inspiration to change the way we live and build a society that is both compassionate for the present and sustainable for the future.

Paganism may or may not be a Nature religion, but we cannot allow the reverence of Nature to be restricted to a Pagan – or pagan – issue. It’s a human issue. Buddhists, Evangelical Christians, Catholics, and members of virtually every religion understand the need to care for the Earth. Some see it as a practical matter, some see it as proper care for God’s creation, and some see it as rendering due honor to our Divine Mother. Why you do it isn’t important – that you do it is.

My religion is more than Nature. The gods and goddesses I follow are of great importance to me. So are my relationships with my ancestors and with the virtues they taught and exemplified. But Nature has been an important part of my life since my childhood days exploring the woods.

Only through a reverence for Nature will we make the changes necessary to insure future generations will actually have a future. 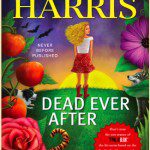 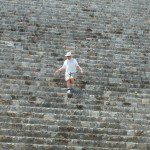 May 14, 2013 What Do You Value?
Recent Comments
25 Comments | Leave a Comment
Browse Our Archives
get the latest updates from
John Beckett
and the Patheos
Pagan
Channel
POPULAR AT PATHEOS Pagan
1