A Commitment to Nature 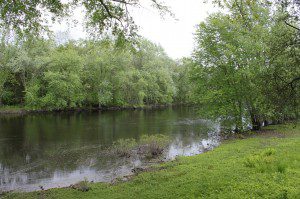 One of the centers of the modern Pagan movement is Nature, and since my earliest explorations I’ve heard Paganism called an “Earth-centered path.”  As John Halstead described and I’m trying to integrate, Paganism has multiple centers, but Nature remains one of the most visible, and it’s one of the most important to me.

A commitment to Nature is a commitment to the study of Nature.  To be more plainspoken, it means a commitment to science.  Note that “Nature” is capitalized and “science” is not – that’s intentional.  Too often, what is called “Science” refers to a canonization of a hypermaterialistic worldview – if it can’t be measured according to the rules of science then it doesn’t exist.

Do I have to quote Shakespeare?  “There are more things in heaven and earth, Horatio, than are dreamt of in your philosophy.”

We may long for experience of the Otherworld, but the vast majority of our lives are spent in this world.  It benefits us to understand this world as it really is.  A strong understanding of science also helps us separate helpful beliefs and practices from unhelpful fantasy:  bad science makes bad religion. 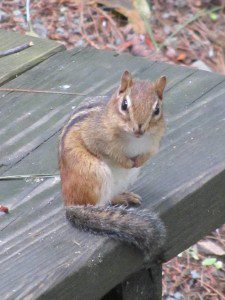 A commitment to Nature is a recognition of the interrelatedness of all life.  Science clearly shows that life on Earth evolved only once.  How did that life begin?  We don’t know, and while I find speculating about it to be fascinating, how life began isn’t nearly as important as the fact that it did begin.  Once.  All living creatures descended from that first life.  The more alike we are the more recent the last common ancestor with humans:  perhaps 5 million years ago for chimpanzees, 50 million years ago for chipmunks, and 3.5 billion years ago for bacteria.

St. Francis could not have known how right he was when he called the wolf his brother, but intuitively he understood it.  When we recognize the interrelatedness of life (whether through science, religion, or intuition) we start to understand we have an obligation to other species – a family obligation.  Must we avoid harming any individual creatures?  That’s not possible even if it is desirable.  Life feeds on life, and  like all animals we are dependent on other living things for food.  But while we cannot spare – much less save – every living creature, we can do our best to avoid killing off entire species.  Not because we might need them some day, but because like us, they have inherent worth simply by virtue of being alive.

A commitment to Nature means forming a relationship with the natural world.  I occasionally get into debates with Pagans who like to say “Nature is everywhere.”  While this is true, places filled with plants and other animals – as opposed to only humans and structures built by and for humans – have a decidedly different feel to them.  Call it “energy,” call it “land wights,” or just recognize that modern humans have about 200,000 years of living in close proximity to other living things, 10,000 years of living in cities, and 150 years of living in industrial societies.

Modern Paganism is in large part a reaction to the excesses of the Industrial Revolution and the disconnection of the people from the Land, the Sky and the Sea.

And so we must rebuild our relationships with the natural world.  Though we must consider the impact our way of life has on other species and other ecosystems (as well as its long-term sustainability), we need not return to a pre-industrial lifestyle.  We do, however, need to spend time outdoors every day.  See the trees, breathe the air, hear the birds and insects, and get your hands dirty.  Follow the sun and the moon every day.  Speak to Nature, and let Nature speak to you.

A commitment to Nature means a reverence for Nature.  When we study Nature, see the interconnectedness of Nature, and form relationships with Nature, we begin to revere Nature.  We start to see Nature not as some dangerous force to be kept at bay but as our Great Mother.  We start to understand our place is not at the center of the Universe, but here with Her and in Her.  And because we revere Nature, we care for Nature.

This is not stewardship.  “Green Christians” who honor the Earth as God’s creation are our friends and allies, but the Pagan reverence for Nature is not dependent on who or what created Nature.  Our reverence for Nature flows from the inherent sovereignty of all living things. 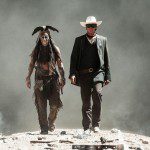 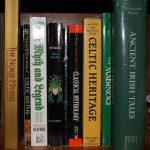