I really wanted to write something profound about Syria today.

I’ve got lots of thoughts:

See, I’ve got lots of thoughts.  I happen to think they’re good thoughts.  They’re not very pleasant thoughts, but they explain why I wrote my Congressman last night and implored him to vote against military action in Syria.  That’s something I just don’t do – I live in a very red district and the odds on my Congressman paying attention to my opinion are usually somewhere around the odds of being struck by lightning on a clear day.

But when I tried to weave all that into an essay, I got nothing.  No convincing cases built on sound logic.  No emotional pleas to stay away from another Iraq or Afghanistan.  No insightful analyses of geopolitical trends.  Not even any morality plays on the abuse of power. 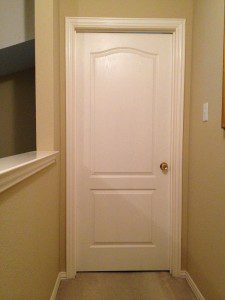 I’ve heard it said that “writer’s block” is just another word for laziness.  It means the writer is unwilling to do the work of organizing thoughts and expressing them in words.  I know that’s usually true in my case.  If the words won’t come, then it’s time to develop an outline and start filling it in.  If the outline won’t come, just start writing and see where the Awen leads.

This time neither approach is working.

Maybe I haven’t done enough research.  Maybe some of my thoughts border on conspiracy theories, or at least wild speculation, and I’m afraid to give them voice.  Maybe deep down my desire to do something to stop the killing is so strong it’s sabotaging my efforts to write an anti-war essay.  Or maybe it’s just that I know the people who read this blog don’t need convincing and the people who need convincing don’t read this blog.

Or maybe I really am blocked – there’s something in the way that won’t let me concentrate on anything else until I deal with it.  I’m normally good at multitasking, but sometimes a thought or a concept – or a god – grabs me and won’t let go until I do what I need to do.  Perhaps I can’t write about Syria because there’s something else I need to write about – or at least think deeply about – first.

So I’m going to spend this weekend in deep introspection.  I’m going to wrestle with my vision of the future of the world:  what’s likely, what’s fantasy, and what’s irrelevant.  I’m going to revisit my calling as a Druid and a priest – how can that calling be best expressed in the world we actually live in?  And I’m going to do my best to be brutally honest in assessing where I’m well-prepared to fulfill that calling and where I need further study – where I need to start filling in those open bookshelves. 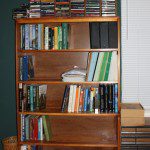 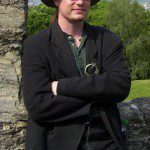 September 8, 2013 Philosophy and Institutions
Recent Comments
7 Comments | Leave a Comment
Browse Our Archives
get the latest updates from
John Beckett
and the Patheos
Pagan
Channel
POPULAR AT PATHEOS Pagan
1