Episode 120 of the long-running Wigglian Way Pagan Podcast is out and it features a lecture by Dr. Brendan Myers on the history of Pagan philosophy.  It’s a preview from his new book The Earth, The Gods and The Soul – A History of Pagan Philosophy: From the Iron Age to the 21st Century, currently scheduled to for release on November 7.  The podcast is well worth the almost 2-hour running time.  In addition to Brendan’s talk, there’s new music from Bekah Kelso, Sharon Knight, and Kellianna.

I’m not going to try to summarize Brendan’s talk, but I do want to expand on one of his conclusions.

In 590 CE the Emperor Justinian closed the schools of philosophy in what remained of the Roman Empire because he thought they were a threat to Christianity.  Pagan philosophy (Brendan specifically cites pantheism, humanism, and Neoplatonism) didn’t suddenly disappear, but for over a thousand years it was stagnant.  There were no truly new Pagan philosophical ideas until the introduction of feminism and environmentalism in the 1970s.

At about the 1:35 mark of the podcast, Brendan says:

There is a strong anti-institutional element in modern Paganism.  Because so many of us have had bad experiences with institutions, we’re leery of letting them into our religions, much less willing to financially contribute to building and supporting them.  Institutions are seen as promoting orthodoxy and causing stagnation, or worse, creating dogma.  Yet as Brendan shows, it was the lack of Pagan institutions – and the overwhelming presence of Christian institutions – that led to stagnation in Pagan thought.

And if you want to communicate your religion beyond “here, try this – it’s great” you need to be able to articulate what you do, why you do it, and why it all makes good sense.  Call it theology, call it philosophy (they aren’t the same thing, but in modern Paganism it’s not always easy to tell them apart), call it “what I think about the Big Questions of Life,” we need good, rational, helpful, meaningful ideas.

These ideas aren’t formed in isolation.  One person proposes an idea, but in order for it to flourish, it must be developed, vetted, refined and communicated.  Doing so consistently and effectively requires institutions.

These institutions need not look like the Catholic church or the modern university system.  The most widely-used institution we have today is the Pagan internet.  Put a big new idea on Patheos Pagan or PaganSquare or on the website of a major author / teacher and within a few days it’s on The Wild Hunt and all over Facebook.

Sometimes discussions generate more heat than light, and it’s very easy for these democratic debates to get derailed by those who can’t separate attacks on ideas from attacks on people.  But when the dust settles, a few more ideas have been explored and the whole of Pagan philosophy has been expanded, if only by a little.

We’re helped by publishing institutions like Llewellyn and Weiser and smaller organizations who publish books with sales volumes far too low for the major houses to touch.  We’re helped by festivals that give people the opportunity to immerse themselves in Pagan life for a week or a weekend and discuss ideas while they’re there.  We’re helped by Druid orders like OBOD, ADF and AODA, and by similar organizations in other traditions.

There are lots of Pagan institutions that are doing the work of spreading and refining Pagan ideas.  Are they enough?  I want to see the day when every major city in the Western world has two or three or ten Pagan temples of various traditions, but we’ve got a long way to go before we get there.

For now, it’s enough to recognize that institutions aren’t the enemy, they’re a necessity. 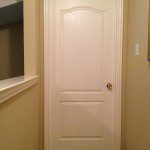 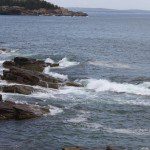 September 10, 2013 Trusting the Gods
Recent Comments
6 Comments | Leave a Comment
Browse Our Archives
get the latest updates from
John Beckett
and the Patheos
Pagan
Channel
POPULAR AT PATHEOS Pagan
1