A Year At Stonehenge 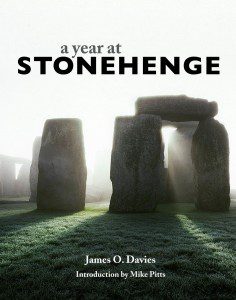 Most of us will never visit Stonehenge.  Even those of us who are able to make the trip will only see it once or twice, from behind ropes designed to protect the stones and the ground that holds them (and that have the added advantage of allowing ordinary visitors to get clear pictures of the stones).

Photographer James O. Davies had an opportunity virtually none of us will ever get – the chance to photograph Stonehenge many times, from many perspectives, at many times of the day and during many times of the year.  The end result is A Year at Stonehenge.  This book is for anyone who wants a wide assortment of images of this unique monument but doesn’t live in Wiltshire.

Sunrise and sunset were Davies’ favorite times, but there are also pictures in the snow and in the mists.  Most pictures are of the stones and surrounding landscape, but some include Solstice revelers.  There are close-up pictures showing the texture of the stones, as well as some of the unfortunate graffiti chiseled in over the centuries.  And there are shots from inside the circle where ordinary visitors are rarely allowed.  No single volume can fully document Stonehenge, but A Year at Stonehenge is a very nice assortment of images.

Stone circles can be found around the world and there are over a thousand in the British Isles.  But there is only one Stonehenge.  Why aren’t there others?  As Professor Ronald Hutton explained, it’s because Stonehenge was a massive failure – at least from an engineering standpoint.  Many of the stone temples of the ancient Mediterranean were knocked down by earthquakes, but Britain is seismically stable. But when you attempt to erect massive stone blocks using woodworking techniques, you’re not likely to be successful.  Stonehenge may have never existed whole in its “final” form 3500 years ago.

Although it was an architectural failure, it certainly has been a success in other areas.  From at least the Roman period forward, Stonehenge has inspired considerable speculation into how it was built, why it was built, and how it was used.  Though the “how” has mostly been answered, the “why” has not, and likely never will be.

Stonehenge had been built, rebuilt, and abandoned long before there were Druids in England – the Druids did not build Stonehenge or any of the other ancient stone circles.  While the Druids almost certainly knew about Stonehenge we have no evidence they worshipped or performed other rituals there.

But the assumption that they must have used it for ritual caused the Revival Druids of the 19th and 20th centuries to attempt to “restore” proper Druid ritual there.  In Blood and Mistletoe, Ronald Hutton describes some of the battles between Druid groups and the various guardians of Stonehenge over access to the circle for ritual use.  Today Stonehenge is open to the general public on the Summer Solstice and thousands crowd the circle.

Stonehenge was on my must-see list long before I became a Pagan.  My early interest was historical, but once I begin studying Druidry in 2002 I also developed a spiritual interest, and Cathy and I visited it on our trip to England in 2007.

I left Salisbury with low expectations.  I knew I couldn’t get close to the stones, and I knew the circle would be full of tourists.  But when we came around a curve on the A303 and first saw the circle, my reaction was “oh, wow!”  Cynicism went out the window – this was something special.  We parked, paid our admission and walked through the tunnel under the roadway.

I made two trips around the circle.  On the first, I was an ordinary tourist admiring the stones and trying to get good pictures.  But on the second, I put the camera away and tried to listen.  And I heard.  It wasn’t a strong mystical experience, but something deep inside me recognized why the ancients built Stonehenge where they did.  In a letter to my OBOD tutor when we got home, I said “there was no doubt in my mind that this is a natural place of power, in addition to the power that’s been built up over the centuries.”

I’m tentatively planning to visit Stonehenge again next March.  I want to take a closer look at the circle, and I want to spend some time in meditation with the spirits of the place.  If the trip happens, I’ll come back with a second set of pictures.

Until then, there’s A Year at Stonehenge. 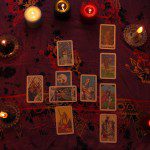 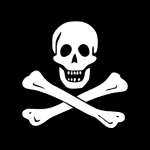 November 5, 2013 A Call To Piracy
Recent Comments
2 Comments | Leave a Comment
"I find this situation odd. I don't understand why a person would leave a mainstream ..."
Mercurial Delish A Reflection on a Blogger Leaving ..."
"Man tbere r people in turmoil in the world there r men on the yellow ..."
Govinda Kanha Sarkar Enough With the Mabon Hate!
"As much as I've shown annoyance with Celtic/Wiccan holiday names before...all I can say this ..."
Ingeborg Nordén Enough With the Mabon Hate!
"Excellent read as usual. I especially agree with the idea that we are ADULT children ..."
Lori Wangerin 5 Things I Had to Unlearn ..."
Browse Our Archives
get the latest updates from
John Beckett
and the Patheos
Pagan
Channel
POPULAR AT PATHEOS Pagan
1