Lessons From the Nye-Ham Debate 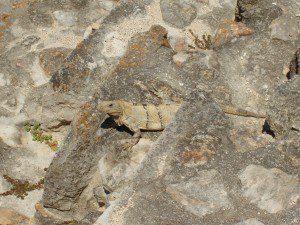 I didn’t watch last week’s evolution vs. creationism debate between Science Guy Bill Nye and Creation Museum founder Ken Ham.  I had better things to do than listen to them talk past each other.  That was all they could do – Nye and Ham share no common ground from which to begin a rational debate.

I’m familiar with their arguments.  I’ve read excerpts and commentary of the debate.  I’ve read more of Ham’s Answers in Genesis than I wish I had.  Any lingering doubts I might have had about evolution were crushed when I read Richard Dawkins’ The Greatest Show on Earth.  While I agree with those who said the debate was unlikely to change anyone’s mind, it presented some issues of importance to us all.

A third of Americans reject the theory of evolution, a theory so strong and so in line with the evidence that cries of “it’s just a theory” are laughable.  How can this be?  Despite my cynicism around contemporary culture, I don’t think a third of Americans are intellectually inferior or tragically uninformed.  Most, I suspect, unmindfully repeat what they were taught by parents or preachers.  Some are uncomfortable with our close relation to other animals and the loss of our privileged position as the sole creatures “made in the image of God.”  A few can’t or won’t grasp the concept of deep time.

In the words of philosopher Brendan Myers, “no one is served or benefitted by believing in false or faulty ideas.”

What do we unquestioningly accept because it’s what we’ve always believed?  What meaningful concepts do we reject simply because they’re hard?

This doesn’t fully explain the allure of creationism.  There are some highly intelligent, very well educated people who are creationists.  Rev. Al Mohler is the President of the Southern Baptist Theological Seminary.  He is a fundamentalist, but there is no questioning his intellect.  How can that be?  Here’s a quote from an essay Rev. Mohler wrote in 2011 about the incompatibility of Evangelical Christianity with evolution:

the denial of a historical Adam means not only the rejection of a clear biblical teaching, but also the denial of the biblical doctrine of the Fall, leading to a very different way of telling the story of the Bible and the meaning of the Gospel.

In other words, if evolution is correct and Genesis is not literally true, then his entire religion tumbles like a house of cards (not Christianity, just his particular flavor of Christianity).  Rev. Mohler carefully refrains from claiming that the undesirable (for him) consequences mean his conclusion must be correct, but his self-identification as a young earth creationist shows this is what he believes.

What do we cling to not because we’re sure it’s true but because of what we would have to change if it wasn’t?

Because of science’s demonstrated reliability in explaining the natural world, it is a tremendous source of authority.  No one – not even a fundamentalist – can completely dismiss science and still be taken seriously.  So Ken Ham and his fellow creationists misrepresent science, claiming there is a categorical difference between “microevolution” and “macroevolution” and between “observational science” and “historical science.”  They accept what they can see with their own eyes (some of it, anyway) and rationalize away anything that does not conform to their desired conclusions.

How can they do that?  Here’s Rev. Mohler again, this time commenting on the recent debate.

The argument was never really about ice rods and sediment layers. It was about the most basic of all intellectual presuppositions: How do we know anything at all? On what basis do we grant intellectual authority? Is the universe self-contained and self-explanatory? Is there a Creator, and can we know him?

On those questions, Ham and Nye were separated by infinite intellectual space. They shared the stage, but they do not live in the same intellectual world. Nye is truly committed to a materialistic and naturalistic worldview. Ham is an evangelical Christian committed to the authority of the Bible. The clash of ultimate worldview questions was vividly displayed for all to see.

This brings us to the issue of worldviews, of our core assumptions about the Universe and the way it works.  Creationists claim we can’t know the answers to the big questions of life.  I agree with them here, though I strongly disagree as to why we can’t know.  So since we can’t know, and they aren’t willing to live with not knowing, they assume the Bible is literally true and go from there.

There is a kind of freedom in not knowing – where we don’t know, we’re free to believe what seems most likely to us.  But we aren’t free to believe anything we want.  We’re not free to ignore clear evidence and say “you can’t prove me wrong.”

Creationists claim they understand their presuppositions while everyone else ignores their own.  But ironically, fundamentalists and atheists alike share an unexamined assumption: that the only real truth is literal truth.  Marc Barnes at Bad Catholic here on Patheos has a very good – if overly long – explanation.

Fundamentalism, which includes creationism, is a modern phenomenon. The Middle Ages, though rife with scientific illiteracy in comparison with our age, never bred such a beast. It is a 20th century frenzy, not the product of ignorance as much as a by-product of materialism, and I daily blame …  the propagators of this selfsame materialism for cursing the world with the idiocies of devil-buried fossils and 6-day literalism. For evolution is only ever a threat to the idea of God if your idea of God has been hopelessly manhandled by materialistic assumptions. That’s right kids. Creationism is materialism’s inescapable, obnoxious spouse.

There is another issue here that nobody’s talking about – fear.  If you grow up being taught that accepting the Evangelical version of the story of Jesus means you’ll go to heaven and rejecting it means you’ll suffer unspeakable torments for ever and ever, then continuing to accept that story – no matter how implausible it is – becomes very important.

To paraphrase Upton Sinclair, it’s hard to get someone to understand science when they believe the eternal fate of their soul depends on not understanding it.

I grew up in that environment.  I know the fear it brings.  I couldn’t overcome that fear intellectually.  Oh, I was convinced the Bible couldn’t be literally true and that the god of fundamentalism couldn’t be the Creator of the Universe.  But something in my head kept whispering “but what if you’re wrong?”  I didn’t break completely free of fundamentalism until I began to experience the Gods and Goddesses of my ancestors.  Bad religion had to be crowded out by good religion. 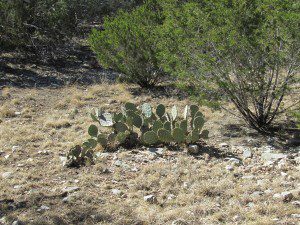 Where is fear ruling your life?  Where is a bad experience from long ago keeping you from pursuing your dreams, responding to the Gods, or simply accepting the truth of what is?

Science has shown itself to be a reliable authority on the natural world and on literal truth.  When we ignore or deny its results we lose integrity and we live lives that are less than they could be.

But science has limitations.  Or perhaps, the limitations are not with the scientific method but with the scientific operators.  Perhaps there are things we can’t know not because we haven’t discovered them yet but because they’re beyond the capacity of our huge-but-finite human brains.  But there are other ways of knowing, and when we ignore mythic truth and mystical truth we live lives that are less than they could be.

A healthy religion is a combination of lore and received wisdom, the values and ethics of the tradition, the rituals and customs that have proved meaningful and helpful, dedicated personal and group practice, and the experience of the Divine here and now.  A healthy religion respects both the results of science and its limitations.

I doubt the Nye-Ham debate changed your mind about evolution.  I hope it causes you to ask some hard questions – and to diligently search for answers. 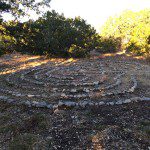 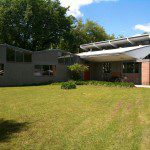 February 16, 2014 Why I Am (Still) a Unitarian Universalist
Recent Comments
15 Comments | Leave a Comment
Browse Our Archives
get the latest updates from
John Beckett
and the Patheos
Pagan
Channel
POPULAR AT PATHEOS Pagan
1