Over the past couple weeks I’ve seen a lot of comments on the nature of truth. Some say it’s objective and knowable, some say we can’t know it so why try, while others say it simply doesn’t exist.

I’m an engineer, not a philosopher. But the English majors’ taunts of “barbarian engineer” haven’t been true in at least 25 years. This is an important topic and I want to explore it.

If you want deep definitions, I’m including links to the Wikipedia pages, which are quite good. But for my own purposes, and for the purposes of this essay, I’m going to use some very brief, very simple definitions.

A good way to understand the realities and complexities of truth is to consider the question “can humans fly?” Of course we can – a couple weeks ago I got in an airplane, flew from Texas to South Carolina, then flew back. I’ve flown in my dreams and I’ve flown in visions and meditations. Those experiences are every bit as real as flying by plane.

But if you’re walking along the edge of a high, steep cliff, it’s helpful to remember we have plenty of verifiable experimental evidence of what will happen if you jump off.

Truth is important. But truth is also complex, as this rather mundane example illustrates. Other questions have much less certain answers.

Who built Stonehenge and why? Historian Ronald Hutton discussed this in his keynote presentation at the Sacred Lands and Spiritual Landscapes conference. We know it was built in phases over hundreds of years, we know the bluestones were brought from Wales, we know it aligns with sunrise at the Summer Solstice and sunset at the Winter Solstice. Was it an observatory? A healing center? A necropolis? A worship site? We don’t know and the odds are very good we will never know.

Because we do not know the truth about the origins of Stonehenge, we are free to interpret the evidence in the way that is most meaningful to us. I can envision torch-lit processions up The Avenue at dusk on the Winter Solstice to make offerings to the gods and ancestors and to celebrate the rebirth of the Sun. Who knows – I might be right.

But we are not free to “believe whatever we want.” As meaningful as it would be for me to believe Stonehenge was built by Druids, the evidence shows construction certainly began and likely was finished before the arrival of the Celts in Britain. No Celts, no Druids. Even where truth is difficult to discern, meaning built on demonstrably false premises is fantasy and at the least is less helpful than meaning built on a plausible foundation. At the worst, remember that cliff…

Discerning the truth becomes even more difficult when you move into spiritual and theological questions. Let’s look at just one such question: how many gods are there? None? One? Two? Many? All? Surf around the various channels here at Patheos and you’ll find people making good, rational arguments for all of those concepts. Who’s right? How do you know?

Because we do not know and likely cannot know the truth, we are free to explore these concepts and to come to the answers that are most meaningful to us.

For most people, though, the Big Questions of Life are intertwined with questions of personal and group identity and with emotionally charged experiences and issues. Meaning becomes so strong it is mistaken for truth. This false certainty shuts off the search for truth – why continue to wrestle with difficult questions if you’ve already found the answer?

The conservative branches of the two largest religions in the world – Christianity and Islam – teach not only that they have exclusive possession of religious truth, but that agreeing with them carries eternal consequences. They teach that if you accept their version of truth you’ll live in bliss after you die, but if not then their god will torture you forever. In business terms this is called a “barrier to switching.”

I’m not so cynical as to believe the concepts of heaven and hell were invented solely to keep the faithful in line. But they clearly have that effect.

The Muslims and Christians who believe these things find them very meaningful. But Sunnis and Shias, Catholics and Evangelicals and others all make incompatible claims for exclusivity. Either all but one are wrong, or all are wrong. I find the evidence for all of them to be insufficient, and I find it interesting that the other religions of the world – as well as the more liberal branches of Christianity and Islam – do not make such claims.

I suspect we will never find the full truth of most religious and spiritual questions, not because we don’t have the technology or because we can’t find the evidence, but because these matters are beyond the capacity of our amazing but still limited minds.

We search for truth with all the tools at our disposal: the lore of our ancestors, the teachings of our religion, the teachings of other religions, the findings of science, our own experiences, and first and foremost, our critical thinking skills. We will get closer to truth by searching diligently for it than we will by unquestioningly accepting what we’ve always been taught or always assumed was true. Not only does the evidence we find give us a better (not perfect, but better) foundation for meaning, but the search itself becomes a source of meaning.

But I still recognize that meaning is not truth. If I find evidence my beliefs are false and my practices are unhelpful, or that something else is better, I’ll change what I believe and what I do.

I wish you well in your search for truth and meaning. 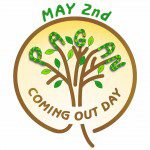