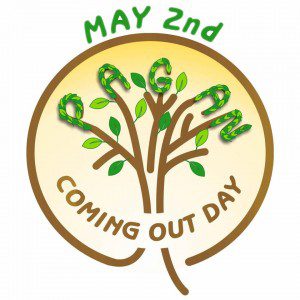 I hadn’t planned to write about Pagan Coming Out Day, which is today. I’m happy we have this day and I clearly see the importance of it, but I don’t have a lot of personal energy around it. I don’t hide who I am, but I don’t broadcast it, either… except in this strange on-line world where everyone broadcasts everything about themselves.

I don’t like it when other people push their religion on me so I try not to push my religion on them. If you’re interested, just ask and I’ll tell you all you want to know and then some. Otherwise, I figure you don’t care one way or the other.

Then I read today’s Wild Hunt and was reminded of Kyrja Withers, a Pagan and author of children’s books, who has been subject to violent harassment because of her religion. And I was reminded of Cara Schulz’s simple but powerful statement behind Pagan Coming Out Day: “No one should have to hide their religion due to fear of discrimination and violence.”

I grew up in a time and place where the phrase “I don’t think he’s a Christian” meant “he’s not my kind of Christian.” It also meant “something’s wrong with him.” Jews were tolerated because they were “God’s chosen people” but that just meant they were subject to a kinder, gentler pressure to convert. The few people brave enough to call themselves atheists were fair game for mockery and harassment. Everybody else was pretty much invisible.

One of the origins of the word “religion” is the Latin re-ligare, literally “to reconnect” or more generally “to bind.” Religion binds people together, which is a good thing. But in doing so it marks those not bound as the Other.

We’re afraid of the Other. That fear goes back to our earliest human ancestors who were never sure if the tribe from across the river just wanted to trade skins and shells or if they wanted to kill them for their hunting grounds. Of course, the tribe across the river was wondering the same thing. “Shoot (arrows) first and ask questions later” did not begin in the American West.

We’re more civilized about it now – most of us, anyway. But that fear of the Other persists.

The amazing progress the LBGT community has made toward full equality in the past generation is due to one thing – coming out. As people began to put a name and a face to “gay” the fears subsided. I can relate to this first-hand – when I got to know a gay person, I stopped being afraid of homosexuality. It was no longer the Other.

For too many people in our society, “Pagan” still means “Other.” That must change. That’s why I’ve always blogged under my own name and posted announcements with my contact info (and I’ve never had a problem come from it). More recently I’ve come to understand that’s not enough. At this point in my life I have a fair amount of privilege and that privilege carries responsibilities.

Some day, no one will care what god or goddess you do or don’t pray to, only that you conduct yourself with integrity and compassion. Until then, we need Pagan Coming Out Day. 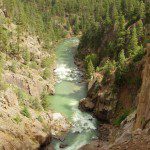 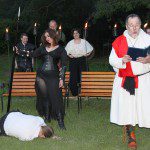 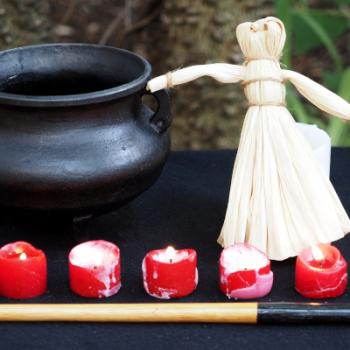