The Tension of Uncertainty: Faith and Doubt 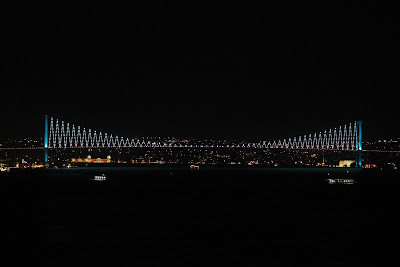 The issues of doubt and faith have come up multiple times recently, which probably means it’s time for me to write about it.

Eric Scott has this piece on Patheos where he discusses his disappointment (though not surprise) at being unmoved by an energy current that others could feel. Jeff Lilly dug up this two-year-old essay by UU minister and Zen Buddhist James Ishmael Ford titled “All Religions are False.” And Daniel Fincke at the atheist blog Camels With Hammers has an otherwise-excellent look at moral philosophy where he gives a weak and inaccurate definition of faith: “Faith entails an implicitly or explicitly willful belief that is obstinate in the face of counter-evidence and goes so far as to disdain changes in belief as a matter of principle.”

All religions deal with matters that are inherently uncertain. From the oldest tribal religion to the many variants of the “Big Five” to the newest of the New Age, all religions attempt to answer (or at least deal with) big questions like where we came from, why we’re here, and where (if anywhere) we’re going after death. Even non-theistic religions that claim there are no answers to those questions still deal with questions of truth, goodness, ethics and morality – questions that can and should be approached with reason but whose answers cannot be established with certainty.

There are several ways to deal with this uncertainty.

We can lie to ourselves and claim there is no uncertainty and that our way is the One True Way. This requires believing things that are either untrue or highly unlikely, usually by way of unexamined assumptions like “the Bible is the literal and inerrant Word of God.” And it requires dismissing the conflicting assumptions and beliefs of other religions for which there are no less (and no more) evidence.

Or we can claim there is no uncertainty because all ways are Equally True Ways. This ignores the simple fact that Buddhists and Baptists and Wiccans and Wahabis not only have radically different beliefs, practices and foundational stories, they don’t even agree on the core questions that religion should address. Respecting other religions does not mean we should ignore our differences. And not all religions deserve our respect – the Westboro Baptist Church is only the most obvious example.

We can refuse to deal with the issue and decide that since we can’t be certain we’ll simply do nothing. I’ve seen t-shirts proclaiming “there are no answers, only questions.” This reminds me of some accountants who insist that if you cannot document a line item to the exact cent, it should be zero. They’d rather be precisely wrong than approximately correct. If you ignore the possible answers then you aren’t really dealing with the questions.

Or we can investigate, experiment, read and study and practice, and through trial and error or through Grace or through good luck find a path that is meaningful and helpful to us. Then we devote ourselves fully to that path – not because it’s certain, but because it’s meaningful and helpful. This is what faith is – not ignoring our doubts or pretending they don’t exist, but honoring our traditions and living according to our values in spite of those doubts.

Good, honest religion is a constant tension between faith and doubt. Faith keeps us moving forward, while doubt keeps us humble.

Whatever your religion, there is no sin in doubt. The sin – the failing, the shortcoming – is allowing those doubts to keep us from living as fully as we can.