Patheos Pagan Managing Editor Christine Kraemer has thrown out a challenge for bloggers for March.  She asks “As Pagans, what do we hope to build?”  Here’s Christine’s full question:

Much of the current dialogue in the Pagan blogosphere is about carving out ways to explain and justify our personal experiences and beliefs in relation to other traditions, but without a clear vision of the place our own traditions and experiences might have in an ideal world. Will the Pagan movement become one tradition-heavy set of religions with several “fringes”? Will it split apart into competing factions? Or will we find a way to unite using some shared cultural language? What institutions will we build, or will we build institutions at all? What rights or recognition will we have in the larger society?

What we can build is limited only by our imaginations.  But our imaginations are far more limited than we like to think.  Ask a typical Pagan what he or she would like to see in 50 years and you’re likely to get one of two answers.  A Pagan who dislikes institutions will speak of individual spirituality, political activism and alternatives to mainstream culture.  A Pagan who likes institutions will speak of temples, clergy and Pagan schools and universities.  The first looks a lot like Paganism today, only bigger and better.  The second looks a lot like mainline Protestantism, only with more Gods.

Building the Pagan world of 2064 requires thinking beyond what we see in front of us today.

Vibrant, growing religions are vibrant and growing because they respond to the needs and desires of people where and when they are.  So part of the problem in figuring out what to build for 2064 is figuring out what the world as a whole will look like in 2064.

In 1964 the future was supposed to be flying cars, cities on the moon, and 20 hour work weeks.  Instead, we got the internet, smart phones, and Wal-Mart.  Can we do any better at predicting the future?

The driving forces in today’s world are globalization, population dynamics (falling birthrates in the West, exploding populations in the global South), climate change and peak oil.  Will 2064 in the West look just like 2014, only with worse weather and higher energy prices?  Or will we see dense, compact cities for the rich, decaying suburbs for the poor, and exurbs returned to farmland?  Or something else only some random futurist is even contemplating?

We cannot draw a blueprint for the Pagan world of 2064.  However, Paganism is well-suited to a future that is uncertain and challenging.

My dream for 2064 includes exponential growth and a Pagan restoration on a scale that’s never been seen.  I think that’s unlikely.  So instead of my wish list, here’s what I think the Pagan world in 2064 will look like, if things go reasonably well for us.

Nature Centered Paganism.  This is where we will see the largest growth and the most impact on the mainstream culture.  The effects of peak oil will force ordinary people to use less, commute less and travel less.  Only a few will take up rural homesteading, but we’ll see more back yard and window sill gardens.  Climate change will cause most people to reconsider their relations with the natural world.  Concern for other species and ecosystems – and action to support that concern – will become mainstream.

So will the celebration of the equinoxes and solstices, although I won’t guess at what the mainstream observance of them will look like.  Samhain will grow, as some Halloween partiers look for deeper meaning in the holiday.  Imbolc, Beltane and Lughnasadh will remain ignored by all but Wheel of the Year Pagans.

Self Centered Paganism.  Magic will become the spiritual wing of the Big Tent of Paganism, and at least a few Pagan spiritual practices will become mainstream.  Mystery traditions will be revived, reimagined and expanded, and one or two will become widespread.  Initiations will be in demand, which will inevitably inspire a few high-dollar ego-stroking ripoffs.  One or two monasteries will arise for those who wish to spend their lives in contemplation of the mysteries – and in extreme simplicity.

Community Centered Paganism.  This is where I’m least confident in my predictions, where I have the greatest trouble imagining something that doesn’t exist today.  Child care, elder care, and general mutual support are going to become more and more necessary as our national infrastructure (i.e. – public programs) fades.  Does that mean returning to multi-generational households?  A revival of fraternal organizations (Freemasons, Oddfellows, etc)?  Communes have been a near-universal failure every time they’ve been tried, but individual housing centered around a common area has worked before.  We don’t have to all live next door to each other, just close enough to check up on each other from time to time.

Large intentionally Pagan communities centered around a temple or community center is a 200 year dream, not a 50 year plan.  I see no way we can grow enough to make something like that feasible in the lifetime of anyone reading this today.

Deity Centered Paganism.  Polytheism will become the religious wing of the Big Tent of Paganism.  Practice will be centered on individual traditions, and in some cases, on individual deities.  But there will be extensive communication and cooperation between traditions.  We’ll see the development of robust polytheistic theologies and good techniques of devotional and ecstatic ritual will be shared across traditions – the “religious tech” that works for Heathens will work for Kemetics too.  Individual traditions will add their own unique observances and practices, some revived from the ancients and others  which will arise in response to a need here and now.

Temples and shrines will spring up, but they’ll be built as houses of the Gods, not as churches or community centers.  They’ll be smaller than churches, less costly, and they may even be portable.  Priesthoods will arise around the temples – most likely, the priesthoods will come first and then the temples will follow.  Each priesthood will have its own requirements for entry and training, and priests will be expected to support themselves with full-time or part-time employment.  No tradition will develop the necessary combination of size, commitment, and desire required to support full-time paid clergy on a widespread basis.

This is what I expect Paganism will look like in 50 years.  But religions – even minority religions – are impossible to separate from the culture in which they live and breathe.  Changes in the wider world and mainstream culture that we aren’t expecting will have an effect on Paganism.  We can’t design for what we can’t see coming.

What we can do is to develop the skills and build the institutions that will help us become the kind of grounded, dedicated, and resilient Pagans who can thrive under any circumstances, who can serve our human and other-than-human communities in any environment, and who can teach others to do the same. 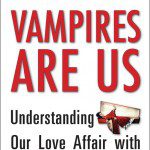 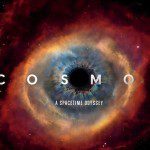 March 11, 2014 A Pagan Watches Cosmos
Recent Comments
5 Comments | Leave a Comment
Browse Our Archives
get the latest from
John Beckett
Sign up for our newsletter
POPULAR AT PATHEOS Pagan
1