I watched the new Cosmos science TV show on Sunday night.  It’s an update of the 1980 13-episode series featuring Carl Sagan.  Like the original, it’s designed to make big scientific concepts interesting and accessible to ordinary people.  Here are some of my random impressions: 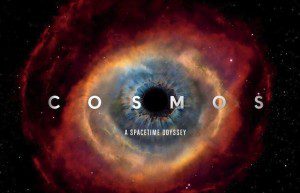 For all my love of mysticism, spirituality, and the Otherworld, the vast majority of my life is spent here, in this world.  I want to know as much about this world – about the cosmos – as I can.  I respect the findings of science, and it disturbs me that far too many people use their religion as an excuse to discount scientific discoveries they find uncomfortable.

As I was watching the show, I heard the voice of my naturalistic friends in the back of my head.  They said “the universe is so vast and so old you only think you can comprehend it.  It is beautiful and terrible, creative and destructive, and we who are so tiny and weak and brief are a part of it all.  Why do you need anything more?”

One of the concepts that really drove home the size of the Universe is the cosmic event horizon.  As Neil deGrasse Tyson explained, there are parts of the Universe we can’t observe (not with instruments and certainly not with our eyes) because they’re so far away light from them hasn’t reached Earth yet – even though the Universe is 13.8 billion years old.

Think about that for a minute.  If we had a telescope with infinite magnification, we could focus it on the edge of our solar system, or the edge of our galaxy, or on some galaxy far far away.  We could keep focusing on objects farther and farther out, but eventually all would go black – not because there was a boundary or because there was nothing there, but because light from those objects hadn’t had time to reach us yet.

There are very real objects that science can’t observe or measure.

Science is a wonderful servant, but it is a soulless master.

The cosmos is amazing and it fills me with wonder and awe. The new Cosmos is beautiful and fascinating and I hope the whole country watches it. We need a greater appreciation for science and a greater respect for the findings of science.

But I remain a polytheist and a pantheist, a Druid and a priest. 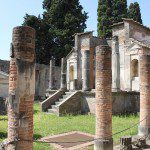 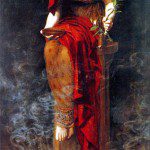 March 13, 2014 Not Her Priest
Recent Comments
8 Comments | Leave a Comment
"I kinda dig the Celtic stuff more, wish more of it would have survived. The ..."
I wish my name was Fred Elves, Witches & Gods
"I liked very much your post, John, it was deeply meaninful. But its last sentence ..."
Reme Latorre Miracles, Myths, and Magic
"That's just it: our cultural and physical surroundings have become so different that even the ..."
Ingeborg Nordén Is it Lughnasadh without Lugh?
"Following up to my last observation: the only recorded festival in Scandinavia at this time ..."
Ingeborg Nordén Is it Lughnasadh without Lugh?
Browse Our Archives
get the latest from
John Beckett
Sign up for our newsletter
POPULAR AT PATHEOS Pagan
1

First Harvest: Time for Inventory and Reset
Celebrating the First Harvest can be a time of introspection and planning....
view all Pagan blogs
What Are Your Thoughts?leave a comment
Copyright 2008-2021, Patheos. All rights reserved.