A Pagan at the National Day of Prayer 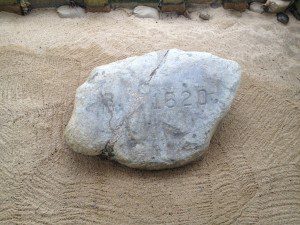 Although official proclamations have been pluralistic (though with monotheistic assumptions), since the Reagan years the National Day of Prayer has primarily been associated with Evangelical Christians who organize large public events and restrict prayer to those in their own traditions.

I have mixed feelings about these events.  On one hand, Evangelical Christians certainly have the right to conduct their own services in the ways they feel appropriate.  But it flies in the face of the spirit of the National Day of Prayer and of President Reagan’s request to pray “for unity of the hearts of all mankind” to exclude all other religious traditions.

This year Denton had an alternative: an Interfaith National Day of Prayer, organized by the Denton Faith Alliance and led by Denton UU minister Rev. Pamela Wat.  As with the 9/11 Service of Remembrance and Hope, it was held at the First United Methodist Church of Denton, and I was invited to participate as a Pagan representative.  I shared the pulpit with Christians, Jews, Muslims, Hindus, Buddhists, Baha’is and Unitarian Universalists.

There are some who argue there should be no National Day of Prayer and if there is then Pagans and other religious liberals shouldn’t participate.  I disagree.  I believe there is power in prayer, and more importantly, there is power in praying together.  We best honor our religious diversity when we practice our own religions deeply while honoring the beliefs and practices of our friends and neighbors.

Within the Big Tent of Paganism, there are some who want us to become as acceptable to the mainstream as any of the other traditions represented in tonight’s service.  There are others who think we should remain outsiders, loudly and continuously challenging a culture and a system that does not live up to its ideals and is not sustainable.  There is merit in both of these approaches.  My calling is to walk between them, being a magical presence in a mundane society, and being a Pagan at the National Day of Prayer.

So when the invitation was issued, there was no question I would accept.  But what prayer would I offer?

Public prayer is always a balancing act, particularly for Pagans:  how do you honor your Gods and your tradition and still remain accessible to a mostly-Christian audience who knows little if anything about Paganism?  A successful public prayer requires more than saying the proper words to the proper deity in the proper manner.  And after complaining about Evangelicals excluding non-Christians, the last thing I wanted to do was to offer some arcane prayer no one would understand.

Being a Druid, I thought about opening with Peace to the Quarters and ending with the Druid’s Prayer.  But speakers were limited to 2 minutes and that would have used up virtually all my time.  Since this was the National Day of Prayer, I felt the need to pray for the United States and her citizens, and there are many areas where the United States can use Divine intercession.  I decided to pray for sovereignty, vision, and courage.

I tried to be as inclusive as possible, while acknowledging that this is my prayer – I said “I pray” and not “we pray.”  I would hope anyone attending an interfaith prayer event would join me in these prayers, but that’s their decision, not mine.

And who should I pray to?  As a devotional polytheist, I really wanted to pray to Cernunnos, or Danu, or since this is North America and not Europe, to Columbia.  But would the audience have any idea who They are?  In the end, I chose to pray to “Goddesses and Gods,” which is a rather shotgun approach for a hard polytheist, but it seemed to fit – particularly when also addressing the prayers to our ancestors and to the spirits of Nature.

Here is the finished prayer I offered earlier tonight:

Goddesses and Gods, divine ones of many faces and many names; mighty ancestors; spirits of Nature; tonight we gather as people of different beliefs and different traditions, but united as children of our Great Mother the Earth, and united in our love of this land and this nation.

Tonight I pray for sovereignty.  Too many of us are asleep, or in thrall to those who manipulate our thoughts to satisfy their greed.  May we learn to respect the inherent dignity and worth, and the right of self-determination, of ourselves, of all people, all species, and all ecosystems.

Tonight I pray for vision.  We lead busy lives, and we are focused on the needs and wants of today.  We do not see where our paths will take us, and our children, and our grandchildren.  May we learn to see our destination before it is too late to change course.

Spirits of Nature, mighty ancestors, Gods and Goddesses; I ask your blessings on our land and our nation, even as we know we are your hands in this world. 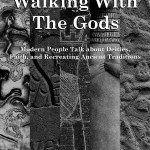 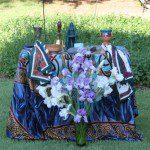 May 4, 2014 The Four Hallows of the Tuatha De Danann
Recent Comments
5 Comments | Leave a Comment
"Thank you, John, for once again so eloquently verbalizing the thoughts in my head. Stay ..."
Donna Donovan Letter to my Fellow Pagan Priests ..."
"I've written at least three prayers to cure this virus over the last, what was ..."
Amanda Ingalls Why I Pray For an End ..."
"I'm not particularly familiar with either. I use a blend of folk magic techniques, craft ..."
MadGastronomer A Modern Pagan Guide to Cursing
"Different experiences. Do you prefer Skelton or Martello as inspiration for workings?"
Gordon Cooper A Modern Pagan Guide to Cursing
Browse Our Archives
Follow Us!

Pagan
Letter to my Fellow Pagan Priests in this...
John Beckett

Pagan
Why I Pray For an End to the...
John Beckett
TRENDING AT PATHEOS Pagan

365 Days of Discovery - Part 1
An alternate view on the death of the god Miach, as interpreted...