A Druid in the Marketplace of Religions 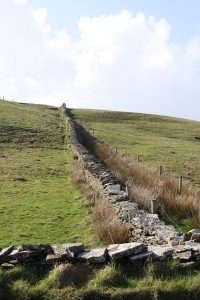 I used to have a boss who’d get upset when I’d qualify my answers.  “Yes, we can have that job finished a week early, if a key supplier gets their parts here early, if the engineer’s design doesn’t require any modifications, and if the assemblers work more overtime than we have a right to require.”  He wanted an enthusiastic “yes!”  I felt I owed him an honest assessment of the situation.

I’ve tried to carry that honesty into my religious writing and speaking, partially because it’s the right thing to do and partially because I’ve been harmed by false certainty.  The fundamentalist preachers who insisted “God wants this” and “God hates that” and “I know I’m going to heaven and those folks over there are going to hell” had me living in confusion and fear until I was old enough and until I learned enough to realize they didn’t know much of anything.  I try to make it clear what I know and what I believe – and when I’m guessing.

As a UU and a polytheist, I’m part of two traditions that don’t tell people what to believe or what to do.  UUs recognize that each of us has the right to a free and responsible search for truth and meaning, while polytheists understand that different people are called by different Gods in different ways to do different things.  While I try not to water down my message with endless disclaimers, I try to be clear about my limitations and about your freedom.  Here are some recent examples.

I am the only person bound by these ideas – if your Gods tell you to do something different, by all means do so.

I have no need to convert anyone.

Paganism has many varieties and variations and I couldn’t speak for them all even if I tried.

And if none of it seems to fit you, that’s fine too.

Apparently, though, this isn’t good enough for some people.  Some knowledgeable, experienced Pagans have decided I’ve crossed a line and that here on this blog I’m dictating what people should do and what they should believe.

There is a strong anti-authoritarian streak in modern Paganism.  Many of us left religions where people were telling us what to do, on pain of banishment and hellfire.  Others are social and political radicals who are wrongfully and tangibly oppressed by various authorities.  To the extent this causes the Pagan community to handle authority with great care, it’s a good thing.  But to the extent it causes some of us to reject not just arbitrary and misused authority but also the authority of competence, experience, and reason, it’s a very bad, very limiting thing.

There’s also the idea that all teaching should be indirect, that we can teach methods but not content, that every person has to discover every bit of truth on their own.  Now, there’s certainly a place for this kind of teaching.  If you come to me in a one-on-one setting and ask for spiritual guidance, I’m going to start by asking about your spiritual background and what you’re looking for.  Based on your answers, I’m likely to recommend a book or two to read and reflect on, and perhaps some spiritual practices to try.  I can’t tell you what to believe and what to do because I don’t know, and I wouldn’t take responsibility for your spiritual life if I could.

But that doesn’t mean I have nothing to say to the Pagan community and to the wider world.

Although Paganism has roots in the occult movement of the 19th and early 20th centuries, modern Pagan religion is no longer hidden.  It is an active, growing, and public participant in the marketplace of religions.  I think this is a good thing.  My Pagan journey has been helpful and rewarding – why wouldn’t I share that with others?

This religion isn’t for everyone.  Some are satisfied with the religion of their childhood.  Some are called to follow the larger religions.  Some aren’t interested in any religion.  And that’s fine – we don’t need everyone to become Pagans and we have no mandate to evangelize the world for Dagda and Morrigan.

I don’t participate in this competitive marketplace because I need to “win” – in whatever meaning of that word you like.  I participate in it because there are people who are searching in the religious marketplace for something some of us already have.

Beyond that, we’re debating the future of Pagan religion here and now.  Our version of the Council of Nicaea is taking place every day on blogs, websites, and social media.  I want to be a part of those discussions.  I want my ideas heard, critiqued, and refined.  That won’t happen if I don’t present them.

I think these are legitimate desires.  And I think I have an obligation to make them a reality.

Ultimately, all I have to offer is my own experience.  This is what I’ve done, this how I see things, this is what’s been helpful to me – maybe it will be helpful to you too.  If so, great.  If not, that’s great too – now you have one less thing to consider on your religious quest.  In the end, I’ll judge your religious choices based on how they help you live a good life, not on how closely your choices match mine.

If you find my thoughts unhelpful, ignore them.  If you’re called to a different flavor of Paganism, great.  Share your thoughts and we can all learn something from you.

If you think I’m wrong, then say so – I have a very liberal comment policy and I’m pretty easy to find for private conversations.  Make your case and if you’re convincing, I’ll change what I think and do.  If you’ve got a lot of time on your hands, you can go back through six years of this blog and see how my beliefs and practices have changed in response to new information and new experiences.  I expect that evolutionary process will continue for the rest of my life.

As I say about so many things, the proof is in the results.  Traffic on this blog has been growing steadily since I moved to Patheos early last year.  Feedback – both public and private – is overwhelmingly positive, particularly from Pagans (I don’t expect atheists and Catholics to agree with me, though several atheists liked my Reasoned Defense of Paganism).  While popularity is no judge of rightness, it is an indication that what I’m doing is meaningful and helpful to others.

I hope you all find the Paganism you’re looking for, where ever you end up finding it. 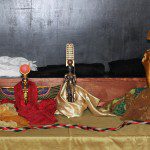 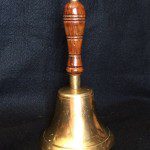