Lessons From a First Ritual 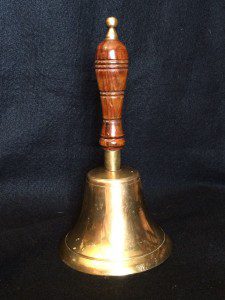 Every so often I get an e-mail that says “I’ve been asked to lead the next ritual for my CUUPS group (or coven or grove or other group).  Where do I start???”

I usually refer people to this post on A Pagan Ritual Outline and this post on Common Ritual Errors and How to Avoid Them.  But as I mentioned last week, I think it may be helpful to talk about what happened the first time I led a public ritual.

After almost ten years of solitary practice, I went to my first Pagan circle at Denton CUUPS for Imbolc 2003.  At Ostara I joined the group and became its oldest member, a distinction I would not hold for long.  Shortly after Beltane, whoever was scheduled to lead Summer Solstice decided they couldn’t do it and someone else said “hey John – why don’t you lead a Druid ritual?”  I had planned to ease into full participation, but the group was quite small at the time (we had eight members, if I’m remembering correctly) and if I didn’t do it, it wasn’t certain it would get done.

Besides, I’ve always loved ritual – there was no way I was turning down the opportunity to write and lead a ritual on my own.  So I said yes.

I had no Druid training (I didn’t begin the OBOD coursework till 2004) and the books on Druidry I had read dealt primarily with the historical Druids.  I had read The Book of Druidry by OBOD founder Ross Nichols and found it impenetrably dense (it made much more sense when I re-read it after finishing the OBOD coursework).  But I remembered the favorite saying of my 9th grade history teacher:  “it’s not how much you know, it’s if you know where to find what you need.”

So armed with a cool new search engine with a funny name (Google was new to me, anyway), I started looking for information on Druid rituals.

I found plenty.  I found Isaac Bonewits’ website.  From Isaac I found the ADF site, and from ADF I found the sites of several groves with extensive ritual collections.  I found the OBOD website.  I found a few Druid groups in other traditions that had rituals online.

Isaac’s site was the most helpful.  I don’t think he had any ritual scripts on it, but he had a couple essays on ritual theory that I studied carefully.  Much of that material would make its way into his book Neopagan Rites, which is at the top of my list of recommendations for books on ritual.

I started saving the scripts I liked.  I had only attended a handful of rituals by then, but it was still pretty easy to weed out the bad ones:  the ones that had no clear intent, or no clear means of working its intent, or that were obviously cobbled together from multiple traditions with no commonalities… plus those whose spelling, grammar, and formatting indicated they weren’t put together by a careful ritualist.  I think I had about 50 pages of “good stuff” to work with.

Toward the end of May, it struck me that Summer Solstice was getting close and all I had was a stack of other people’s rituals.  Some of them were written for locations with features we didn’t have.  Some of them had parts for a dozen people or more – I knew I’d be lucky to get five or six people to take a part.  I knew I couldn’t just take one of them and use it as is.

Somewhere around Memorial Day I had a moment of panic.  I couldn’t do this, I wasn’t ready to do this, I hadn’t been trained to do this, and I was a fool to think I could ever lead a religious rite in public.  I rehearsed the phone call to our events coordinator:  I would apologize for taking on something I couldn’t do and promise to support her any way I could with whatever she wanted to do instead.

I never made the call.  Desire reminded me that I really wanted to do this.  Reason – combined with a bit of vanity – convinced me that I could do this.

I started with Isaac’s outline.  I filled it in with the best of the rituals I had found on the internet.  I wrote a few segments myself, then reworked the wording to give it all one voice.

I wrangled commitments from four other members, so I divided the ritual into five parts, one of which was non-speaking (“I’ll drum, but I’m not speaking”).  I located all the stuff we’d need.  Nobody had a bell, but Cathy found an old hand bell in an antique store in McKinney – we still use it occasionally.  I even persuaded everyone to rehearse the week before.

And then Summer Solstice arrived, and we performed the ritual.  From my personal journal, written a couple days afterwards:

The Druid ceremony on Saturday night went well.  Not perfectly, but well.  Going in, I said my biggest fear was that nothing would happen, and my second biggest fear was that something would really happen.  I got indications that the Gates opened and closed, and that the Waters really were charged.  I was a little uncertain of myself, and I was a little rushed… but in the end, I think it worked.  Cheryl’s rune reading went well, and the implication was that this group is coming up on a huge opportunity.

I looked back on the script as I wrote this post.  It holds up very well – as you would expect, given that so much of it was borrowed from experts.  If I was doing that ritual again I’d reword a few of the segments, and I’d like to divide it up among more leaders.  But if I had to do it again as is, I would.

I see the impact that ritual had on our current standard liturgy.  We always have a clearly defined opening.  We still use the Tree Meditation, although the wording has changed over the years.  We still make offerings to the Gods, ancestors, and spirits.  The group was largely Wiccan and Wiccan-influenced at the time – these were significant changes, but they were accepted because they worked.

The most important thing I learned from this ritual, though, was that while education is great and training is great and putting effort into learning up front is good and necessary, sometimes you just have to dive in and figure it out as you go.  If you wait till you’re sure you’re ready, you can find yourself waiting forever.

May all your rituals be blessed! 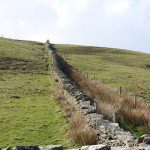 June 24, 2014
A Druid in the Marketplace of Religions
Next Post 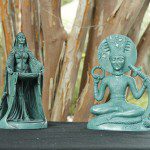