A Reasoned Defense of Paganism 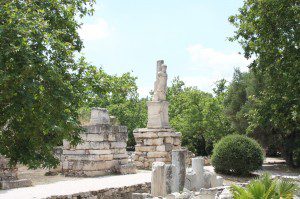 Even in its Big Tent form, Paganism is a distinctly minority religion.  And that’s OK – we’re mostly happy staying under the radar.  We have no divine mandate to convert the world to Paganism, and besides, we’re growing as fast as our infrastructure of groups and teachers can manage.

Still, conversion is an issue with Pagans.  Most of us have converted from some other religion, and there is constant pressure from the more vocal religions (some subtle, some not) to abandon our chosen path.

Over on the Patheos Atheist Channel, Daniel Fincke has this post titled In Defense of Trying To Deconvert People.  His primary targets are Christians, but that’s only because Christianity is still far and away the dominant religion in this country.  Fincke unambiguously states:

I want to deconvert people. I am not like those atheists who insist that while they want to protect the separation of church and state, guarantee the integrity of science education, or fight for social justice, they have no problem with other people’s private beliefs so long as they “hurt no one.”

He goes on to say such deconversion attempts should be done honestly and respectfully, but later in the essay he sounds rather like Christians who “love” us so much they scream we’re going to hell if we don’t believe exactly what they believe.

If we have good reasons to think that their beliefs about the most fundamental matters of existence and ethics are fundamentally askew, then we [have] not only the moral right but have a moral duty to proactively counter them and advance our own positive alternative philosophical views.

I’m in agreement with the atheists Fincke says he’s not like in the first quote – I want to protect religious freedom (the right to believe and practice according to your conscience, not the privilege to force your beliefs and practices on anyone else), science education and social justice.  Beyond that, I’m an enthusiastic participant in the marketplace of religions – I don’t proselytize, but I do publicize.  I’ve found this path to be meaningful and helpful and if someone else feels called to it, I want them to be able to find the resources to help them along their way.

In the end, I’m a polytheist who recognizes that different Gods call to different people and that what my Gods require of me may be totally different from what your Gods require of you.  And if no Gods call to you, even to the extent you believe there are no Gods?  To excerpt the Marcus Aurelius quote I see on Facebook from time to time, “Live a good life. If there are Gods and They are just, then They will not care how devout you have been, but will welcome you based on the virtues you have lived by.”

While I have no need to convert anyone, there are plenty out there who want to convert me, either back to the fundamentalist Christianity I left so long ago or to the kind of atheism Daniel Fincke promotes.  They want to convert you too.  How should we respond to such conversion / deconversion attempts?  I wrote this post to specifically address fundamentalist proselytizing, but responding to atheist attempts requires a somewhat different approach.

Begin by understanding that responding at all is entirely optional.  You have every right to say “my religion is a private matter and I prefer to not discuss it.”  If they persist, you can add “and I especially prefer not to discuss it with someone who’s being rude and aggressive.”  But where’s the fun in that?  Besides, if you can’t rationally defend your beliefs and practices – to yourself if not to others – then perhaps you need to take a closer look at your religion.  It was a pagan – Socrates – who said “the life which is unexamined is not worth living.”

I’m going to defend my religion in the first person.  Paganism has many varieties and variations and I couldn’t speak for them all even if I tried.  Remember that if someone starts hammering you about a practice you aren’t familiar with – there is no Pagan orthodoxy to defend.  All I can defend is my own particular expression of polytheistic Druidry. 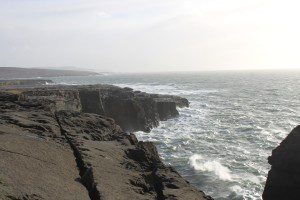 I respect science and the results of scientific inquiry.  As a Nature centered Pagan how could I do anything else?  I love the natural world and so I want to know more about it.  I learned a lot of science in my formal education and I’ve supplemented it with a continuing education of reading, watching, and first-hand experiences.  I’m in complete agreement with atheists (and many Christians) that the age of the Earth and the development of life are better explained by astronomy, geology, and biology than by some ancient text.  Though he speaks in a Christian context, I agree with evolutionary evangelist Michael Dowd when he says “facts are God’s native tongue.”

I respect the limitations of science.  I watched some of the new Cosmos series and I appreciated Neil deGrasse Tyson talking over and over again about how there is much we don’t know.  For example, we’re just beginning to delve into things like dark matter and dark energy that appear to be critical to the workings of the universe.  Many of these things we will know some day as our knowledge base grows and our research tools improve.

But I suspect there are some things we will never know because they’re beyond the capacity of our powerful but finite brains.  We don’t know how the universe came to be, we don’t know why it exists, and I don’t think we ever will.

People have had religious experiences – some like these, some different – for at least as long as we’ve been human.  This is my frustration with academic explanations that credit the origins of religion to the fear of death, the need to inspire self-sacrifice, and the desire to reinforce social norms and hierarchies.  Those are all true, but they ignore the many many instances where humans have had a life-changing encounter with a God or a spirit.

Religious experiences are plainly real – the question is how we interpret them.

Interpretations that are at odds with known facts lack integrity – again, we are not free to believe anything we want.  But outside of things we know aren’t possible, the best interpretations aren’t the ones that most closely align with today’s popular views (“consensus reality”), they’re the ones that are most meaningful and helpful to us.

Interpreting my religious experiences in a polytheistic context has been very good for me, so I order my life as though that interpretation is completely true, even though I recognize I can never know for sure.

Life is short and hard.  Science does an excellent job of telling us what and how but a very poor job of telling us why and what it all means.  Even for those of us who are privileged to live a (mostly) secure, (partially) healthy, middle class (for now) lifestyle, life is short and full of pain and frustration.  My evolutionary urges are enough to keep me alive, but they are not enough to help me live a life that is happy and that helps build a better world.

There is always the danger that religion can turn into opium, distracting us from this world.  But honest religion can help us examine our values and provide us with practices that help us live them out, even when life is hard.

The proof is in the living.  Are my beliefs right?  Are they true?  I don’t know – and neither does anyone else.

But here’s what I do know.  I could not honestly follow the fundamentalist religion of my childhood for reasons familiar to our atheist friends.  I spent my young adult years professing a vague deism and living agnostically and I was miserable.  Not all of that was due to my unsettled religion but much of it was.

Since my defining moment, things have changed.  I have a purpose.  I have a calling.  I have meaning.  And while life is still short and hard and frustrating, I have plenty of reasons to happily keep moving on.

Will this work for everyone?  Not any more than “I’m so happy since I found Jesus” worked for me way back when, which is to say, no.

And some are better following the Old Gods.

My reasoned defense of Paganism is unlikely to satisfy aggressive atheists any more than it satisfies aggressive Christians.  That’s OK – it doesn’t have to satisfy them.  It just has to satisfy me. 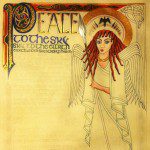 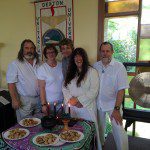