The Journey Into Spirit 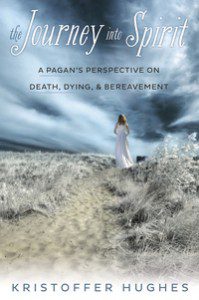 The Journey Into Spirit – A Pagan’s Perspective on Death, Dying & Bereavement
by Kristoffer Hughes
published by Llewellyn, September 2014

When I see a new book by the head of a Druid order, my interest is piqued. When the subject of the book is death and dying, and when in addition to his Druidry the author has spent twenty years performing post mortem examinations, the book gets bumped to the top of my to-be-read list.

I was unable to get an advance review copy of The Journey Into Spirit, so I bought one from author Kristoffer Hughes at the OBOD East Coast Gathering. I started reading it at the camp, read most of it on the journey home, and finished it last week. It reads surprisingly fast and easy for such a deep subject and – in fine Druid fashion – it can be accessed on multiple levels.

Full disclosure: Kristoffer Hughes is a fellow Druid and a good friend. But the purpose of this review isn’t to help him sell books, it’s to help you decide whether or not you should read it. If I couldn’t honestly recommend it, I’d conveniently forget to review it.

The Journey Into Spirit is really three books. The first is Kristoffer Hughes’ personal story: his early encounters with death, his response to the call of the Reaper, and his early experiences working for Her Majesty’s Coroner. There are several very intimate stories of deaths he’s experienced: his beloved grandmother, his father who fought death to the end, a friend who committed suicide, and his little sister, whose unexpected death eight months after giving birth to her first child inspired the writing of this book.

The second is a very helpful, very down-to-earth look at grief and the process of bereavement. Our culture tells us we should be happy all the time and it doesn’t like to deal with painful things. We see someone in pain because death has taken a loved one and we want to make it better. As Kris says:

The pain of grief should not be pacified or patronized; it must be allowed its voice. The purpose of grief is to express our loss … to prepare for transformation, and this transformative process is the reality of living without someone.

There is practical advice for individuals who feel the need to do something for the grieving: “Just be there. Words are not necessary, but knowing that someone cares about how you feel is priceless.” There are rituals to support the dying, rituals for funerals, and rituals to honor the dead. And there are exercises and practical suggestions to help the reader prepare for the inevitable reality of death.

Death has a function – this function is necessary. All things die, and from their graves grow future generations of plant, animal, and human. Without death, there would be no life.

The function of death in the realm of necessity is to transform; it does not seek to destroy, for nothing in nature can be truly destroyed – instead it simply changes form.

The third is a speculative cosmological look at the world of spirit and what comes after death. Kris is very clear that he has no authoritative knowledge here:

To stand in your own power and to come to know what it means to die and what happens to the person beyond that point is something you must discover for yourself.

But rather than simply saying “we don’t know” Kris gives us his thoughts and his reasoning behind them. His ideas are challenging for those of us who believe – or who want to believe – that after death we continue on more or less as is just in a different world. But if we have any interest at all in what comes after death, they are ideas worthy of our consideration.

The structure presented in The Journey Into Spirit is inspired by Iolo Morganwg and his Barddas. Sadly, Iolo is best remembered as a literary forger. He passed off his own work as the work of medieval Welsh bards. But it’s important to remember that it was so good the deception wasn’t discovered until long after his death. It is not a survival from the ancient Celts – about whose beliefs we know almost nothing – but it does flow out of what became of ancient Celtic culture, and it is a plausible explanation.

Some of our interest in what comes after death is ordinary curiosity. Much more, though, is fear about what happens to our loved ones who die, and what will eventually happen to us. This fear is exacerbated by some monotheists’ insistence that those who don’t follow the “right” religion will be sent to a place of eternal torment.

Rather than attack the religious foundations of these fears as I have done, Kris makes a strong case for a very different view of who we really are, a view that has no room for eternal punishments for violations of any religion’s arbitrary rules:

The spirit … has never been born, and it cannot die; it is permanence, a constant. It cannot be punished for the traits of your human self, for it is more than the sum of your current human existence. It is immortal. Immortality implies a continuation from before the dawn of time. Therefore, if your spirit is immortal, then why is this fleeting existence the one that dictates the appearance of the hereafter? Do the other experiences of the spirit in movement wane in contrast to the experience of being human? No, on the contrary – this life is merely an experience the spirit finds itself inhabiting for a while; it is not the be-all and end-all of existences.

And he quotes Mark Twain, who said: “I do not fear death. I had been dead for billions of and billions of years before I was born and had not suffered the slightest inconvenience for it.”

Whether you agree with Kristoffer Hughes’ ideas about the afterlife isn’t important. What’s important is that you think about these things: that you wrestle with them intellectually, emotionally, and spiritually. Our culture doesn’t just ignore death – it actively denies it. This denial suppresses fear at the front door but cracks open the back door for fear to creep in.

Some of my earliest memories are of funeral homes. Most of my parents’ family lived within about a hundred miles, and so when various grandparents, aunts, and uncles died, we went to the funeral. Death was presented as a matter of fact thing: people got old, they got sick, and they died. I paid attention to the news and to adult conversations, so I knew sometimes not-so-old people died too.

I think this was very helpful. Death wasn’t hidden away, but at the same time I knew it was unlikely I was going to die any time soon. When my Christian beliefs faded, they were replaced by an intuitive certainty that whatever comes after death is going to be OK, one way or another. Over the years that intuitive certainty has been conceptualized as reincarnation, as life in an Otherworld, and as a merger into Ultimate Reality.

LIVE! Take this life and be it, run with it through pain and joy, and bring every ounce of color and brightness you can to the song of the universe. This is your story; make it a good one. Do not approach the grave with regret and mediocrity but skid towards it on your back, with the brakes off, and slam into it sideways, crying “What a ride!” 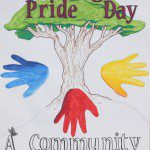 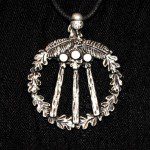 October 2, 2014 Why I’m An OBOD Druid
Recent Comments
0 | Leave a Comment
"It's a good way to set boundaries. Over the years I've seen a number of ..."
kenofken It’s Not My Job To Educate ..."
"Any time I'm talking about Paganism with someone who clearly wants to know more, I ..."
JaneW It’s Not My Job To Educate ..."
"For the past 38 years my husband and I have talked about what would happen ..."
rhonda danielson Spiritual Warfare and the Need for ..."
"I have a conceptual map which I think might help, if you are willing to ..."
Craig Schumacher Spiritual Warfare and the Need for ..."
Browse Our Archives
get the latest from
John Beckett
Sign up for our newsletter
POPULAR AT PATHEOS Pagan
1 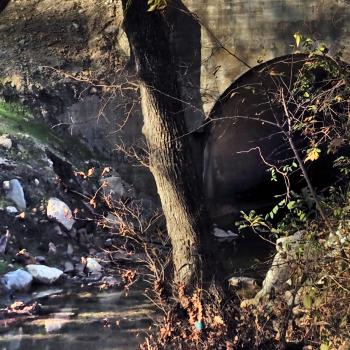