Earlier this week the new website Polytheist.com launched with columns by ten prominent Polytheists. The project is led by the Anomalous Thracian, who is fond of saying “it’s a damn fine time to be a Polytheist.”

And it is. Polytheism was the default religious worldview from the time our most ancient ancestors became human until a very short time ago, on an evolutionary scale. It never really disappeared, even in the regions that have been officially – and at times, forcefully – committed to monotheism. Even in our high-tech modern society, the multiplicity of religious experience and the experience of religious multiplicity is most easily understood as reflecting the presence of many Gods.

While Polytheism and Paganism may appear one and the same to a casual observer from our mainstream culture, in practice they can be quite different. I promote a Big Tent view of Paganism that includes Polytheism, but Polytheists haven’t always felt welcome at Pagan gathering spots, both in the physical world and on-line. Well-intended attempts to forge unity have downplayed key differences in beliefs and practices, differences that are matters of great importance to Polytheists trying to honor Gods and ancestors in very specific ways for very specific reasons.

One of the regular columnists is Conor O’Bryan Warren, a Hellenic Polytheist, fellow member of Denton CUUPS, and leader of our recent Herakleia ritual. I asked Conor about his hopes for Polytheist.com.

Polytheist.com immediately struck me as a way for us (Polytheists) to have a place to go to and present another facet of Paganism. Polytheists now have faces and voices and a space proclaiming our presence and theological orientations to a culture which so fervently wishes to deny it.

When I was invited to write for Polytheist.com I felt like my heart was going to leap out of my chest, I just couldn’t say no. I’m proud to be part of such an amazing set of writers and part of such a wonderful project. I only hope that the rest of the Pagan community will be as excited about it as I am and that they will greet it with a grin and a nod whatever their theological stance.

I joined the project for several reasons. One, because I liked the “and, not or” attitude that the Thracian advocates. Two, my entire goal in writing is to be part of a conversation and this project promises to be about discussion. I look forward to writing alongside the people revealed thus far.

The Pagan internet is still a rather small place. A new site isn’t competition, it’s more people talking about the things that matter most to us. And for some of us, that means Many Gods.

Fair warning. The Thracian has been hounding me for a piece for the new site. I’m swamped with writing projects right now, but this site has a mission that’s very important to me, and I’ve promised him something for later this year. 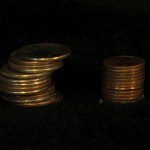 September 11, 2014 The Commodification of Humanity
Recent Comments
0 | Leave a Comment
Browse Our Archives
get the latest updates from
John Beckett
and the Patheos
Pagan
Channel
POPULAR AT PATHEOS Pagan
1