Polytheism is the Future 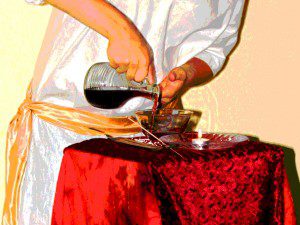 This summer Patheos has featured a weekly series titled “Conversations on Religious Trends.” Each of Patheos’ eleven channels has addressed an issue of particular concern to its tradition – the Pagan Channel was asked to write on the failure of the environmental movement.

For the final week, the editors asked representatives of all channels to

identify and comment on the issue of greatest import as you see it. We’re interested in what you are finding most critical within your tradition or most culturally relevant in the world of religion in this late summer of 2014.

As I see it, the most critical trend in the Big Tent of Paganism is the rapid growth of devotional polytheism.

The public revival of Paganism began with Wicca and witchcraft, as was explained in Jason Mankey’s recent Pagan Time Capsule series. While there have been people writing hymns to Pan and expressing a reverence for Nature for hundreds of years, it’s only been in recent times that more than a few people have been worshipping the Old Gods as real, individual beings with Their own areas of interest and responsibility, Their own dreams and goals, and Their own sovereignty and agency.

As our society continues to struggle with social, political, and environmental problems, polytheism has some distinct advantages to offer its followers and the wider world.

Polytheism is an antidote for fundamentalism. Fundamentalism is associated with ultraconservative religious and political views, literal readings of sacred texts, and strict enforcement of purity codes (which almost always restrict women far more than men), but more than anything else it is the belief that it is the One True Religion and all other religions Must Be Defeated.

Polytheists understand that if there are many Gods then there must be many ways of honoring and relating to Them. You worship your Gods they way They’ve told you to worship Them and I’ll worship mine the way They told me to worship Them. There is simply no need for me to deny the reality of your religion in order to fully practice my own.

Polytheism is an antidote for self-absorption. If fundamentalism is one extreme of modern religion, self-absorption is the other extreme. It seems every religion has more than its share of folks who are in it for what they can get out of it and nothing more.

There’s nothing wrong with self-development – it’s necessary if we’re going to learn and grow and become all we’re called to be. But the Self is developed so we can be of greater service to the rest of the world, not so we can coast through life.

Polytheism tells us there are Gods, ancestors and spirits who are worthy of our honor and service. We form and maintain reciprocal relationships with Them, setting up a virtuous cycle of giving and receiving. Sometimes we give token offerings, but other times we are asked for greater gifts. Polytheism reminds us it’s not all about us.

Polytheism provides a link to our ancestors. Honoring our ancestors is a major part of most polytheists’ practices. We do so because we owe them our thanks for our lives – if not for them, we quite literally would not be here. And while they’ve given us their genetic material, they’ve also given us their traditions, their wisdom, and their inspiration.

Polytheism answers the Problem of Evil. The Problem of Evil is a philosophical dilemma that plagues the monotheistic religions: if there is a God who is all-powerful and all-good, why is there evil in the world? Since evil clearly exists, this God is either not all-good or not all-powerful or both. Theologians and philosophers have come up with various explanations, none of which are particularly satisfying.

Polytheists see no evidence for a single all-powerful God, but we have experienced many Gods of limited power. Evil exists because people do evil things, and while many deities do promote and embody justice, imposing universal justice is beyond the scope of Their power. Establishing justice requires our work.

Polytheism is stimulating religious depth. Other religions and other Pagan traditions can also be deep, but the bulk of the spiritual depth I’m seeing these days is coming from polytheists. Priesthoods are being developed, devotional practices refined, worship activities restored, and histories researched. To be fair, we’re starting from close to zero, so the foundational work that was done for the witchcraft traditions in the late 19th and early 20th centuries is having to be done now. But it’s being done, and done very well.

Polytheism invites the assistance of the Gods. The first five points are based in reasoning that should be clear to anyone. This point will only make sense to my fellow polytheists.

We aren’t in this alone. We have the assistance of our ancestors, the spirits of Nature, and our Goddesses and Gods. They are older, wiser, and more powerful than us, and while they are not here strictly for our benefit, our interests and Theirs frequently coincide. Aligning ourselves with Them doesn’t always make our lives easier. Doing Big Things – or just participating in Big Things – isn’t easy. But it is very meaningful, which makes our lives better even if it also makes them harder.

But from where I stand, the growing devotion to many Gods is the most important trend in today’s Pagan world. Polytheism isn’t a relic of some primitive past. Polytheism is the future. 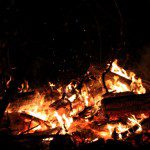