Proselytizing, Secrecy, and a Better Way

Last night I stopped for dinner at a quick serve restaurant in Denton. I was by myself so I took one of the small tables near the window, which happened to be next to another table occupied by two college age women. I got out my phone to check mail and such while I waited for my food to arrive, but I couldn’t help overhearing their conversation. 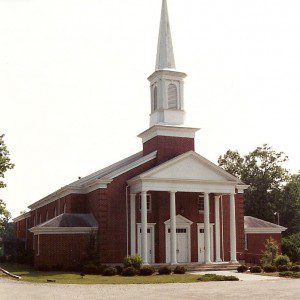 One of the women was pushing the other to come to her church, participate in all its events, and “resist sin.” She was using manipulative techniques usually associated with bad car salesmen and throwing in a heavy dose of guilt. This with someone who, if the rest of her conversation can be believed, was supposed to be her friend.

This was proselytizing at its worst – exploiting a friendship to gain a convert.

Proselytization – the aggressive and often coercive attempt to convert others to your religion – is rooted in arrogance and exclusivity. Those who do it assume that because they’ve had a strong religious experience or found a religion that is meaningful to them, everyone else needs exactly the same thing. Or they assume their religion is the One True Religion and all others are false. These assumptions ignore the essential mystery and uncertainty of religion; mystery and uncertainty that are expressed in the wide and beautiful diversity of religious belief and practice throughout the world.

Pagans and other followers of non-exclusivist religions find proselytization offensive and we work to keep it out of our religions. This, plus the illegal but very real presence of religious discrimination causes some of us guard our religions to the point of secrecy.

Secrecy in religion is frequently viewed with suspicion, and rightly so. Too often it is abused to cover up scandals or to make those on the inside feel special. There is a place for such secrecy, but it is a very small place reserved primarily for sacred mysteries and one-stage-at-a-time learning. And there are some traditions who believe that hiding screens out those who aren’t seeking them seriously, or who simply don’t have the resources to teach everyone who might wander in.

The problem with that approach is that it guarantees the secretive religions will remain small. Now, size is no indication of quality, and there is a need for religions that are narrowly focused and don’t try to appeal to everyone. But the smaller a religion, the more precarious its existence. Some members leave for other religions or for no religion, leaders and practitioners eventually die, and without a steady flow of newcomers their religions will die with them.

Fortunately, there is a middle way. 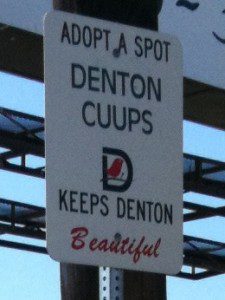 Public religions don’t proselytize. Instead, they let people know who they are, what they teach, and how to find them. They’re open about what they believe and what they do (although individual members may have different circumstances), they network with other groups who share their values, and they participate in interfaith and intrafaith events and services.

If they’re actively seeking new members they may advertise, perhaps widely. But their advertisements are designed to attract people who have an organic interest in them, not to convince, coerce, or ridicule those who are perfectly happy where they are.

What would last night’s conversation have been like if the first woman had simply explained why she finds her church helpful, how its programs and teachings are meaningful to her, and then issued an open invitation? What if she had simply explained why she finds some behaviors to be unhelpful and how certain spiritual practices make it easier to live according to her beliefs?

What if she had let her friend know she respects her sovereignty – her inherent right to follow her own path – and that she values her as a friend and not as a potential trophy on the Sunday School classroom wall?

There’s another reason I didn’t intervene last night. It is probable the young woman on receiving end of this unholy sales pitch grew up in this kind of religious environment. It is quite possible she has never taken a deep and critical look at the assumptions it makes about exclusivity and sources of authority. If so, the sudden appearance of a stranger challenging all those assumptions might very well be seen as a threat, perhaps even a threat to her soul. Rather than encouraging the questions she is no doubt beginning to ask (or her friend wouldn’t have felt the need for the hard sell), an intervention might have sent her running straight back into a religion that’s familiar even if it’s harmful. 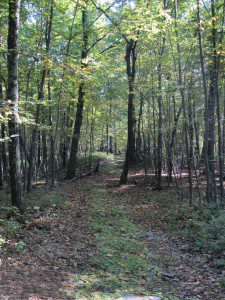 Not only do we all need to find the religion that’s best for us, we have to come to it on our own, in our own time.

The best those of us in non-mainstream religions can do is to make sure people know we’re here, and to be ready to welcome those who respond to the same calls we heard earlier on our own spiritual journeys.

My prayer for this woman is that she finds the religion that calls to her – whatever it may be – and that she comes to it freely, knowledgeably, and joyously. 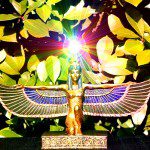 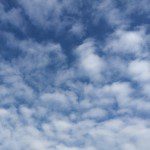 October 9, 2014 Holy Work and Two Lies of Religion
Recent Comments
0 | Leave a Comment
"That depends entirely on if you're comfortable with it or not. And also the context ..."
John Beckett What Makes Paganism Pagan?
"I so enjoy your writing. You often have a way of putting things in perspective ..."
Mikie and Carl On Turning 60
"Hi John, this is a lovely article and gave me lots to think about! Would ..."
Jay What Makes Paganism Pagan?
"One of the reasons to be a Druid Clan of Dana in the Fellowship of ..."
elffkat Worshipping Gods From Different Pantheons
Browse Our Archives
get the latest updates from
John Beckett
and the Patheos
Pagan
Channel
POPULAR AT PATHEOS Pagan
1