A Pagan View of Suffering 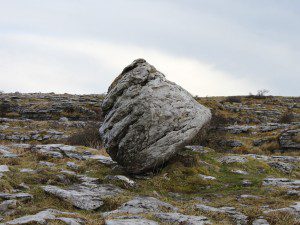 Religions exist for many reasons, most importantly because of the experiences people have had of Gods and spirits for at least as long as we’ve been human. Another important reason is to deal with the Big Questions of Life, including the question of suffering. Why is there suffering? Is there meaning in suffering? How can we best respond to suffering? These are questions we need to contemplate as the modern Pagan religions mature.

It’s helpful to begin with a brief look at how two other religions address this issue. Buddhism says suffering is caused by desire: when our wants are not met – whether those wants are realistic or good for us or not – we suffer. This is a gross oversimplification, but my goal here is not to critique Buddhist philosophy, just to offer a basic point of comparison.

Christianity says suffering is caused by sin. From a practical standpoint there is some truth here – doing unwise and unhelpful things will cause us to suffer. But the idea that there was once a time when there was no suffering but then disobedience brought it into the world is both historically wrong and a misreading of the Eden myth.

As a Pagan and a polytheist – and as a student of life – I begin with the obvious fact: suffering is. It exists. It’s real.

It isn’t all in my way of looking at life. There is much wisdom in Buddhism, but I’m a Pagan because I see desire as a good thing. I prefer pleasure rather than pain, health rather than sickness, abundance rather than lack.

Sometimes I don’t get what I want, sometimes I do unwise things and sometimes I have unrealistic desires. But sometimes bad things just happen. They have a reason – every effect has a cause – but those reasons may not be meaningful to me.

And when I look past my own difficulties and unpleasantries and ask why there is disease and hunger and oppression and injustice and all the other ills of human existence, I find no satisfying answers. I’m left with no choice but to acknowledge the facts as they are – suffering simply is.

Suffering can be educational

Put your hand on a hot stove and you will suffer. You will also learn something – don’t put your hand on a hot stove. Many of us have a fear of snakes because our very ancient ancestors learned some snakes can kill humans quickly and painfully – and those who didn’t learn that were less likely to live long enough to pass down their genes. If we are wise we will learn from our suffering, and from the suffering of others.

Suffering can be transformative

In the previous post on Ordeals of Initiation, I pointed out how some things can’t be learned in an ordinary frame of mind. The stress and fatigue of suffering can break down the intellectual barriers we put up and allow us to see and hear and feel the presence of a greater reality.

This type of transformation can also come through ordinary suffering. We hear from people whose financial difficulties let them see that material things don’t bring happiness. We hear from people whose health problems showed them the value of family and friends. I never appreciated the benefits of a good job until I found myself in a very bad job.

But this view comes from a position of privilege. If medical bills bankrupt you, you aren’t likely to benefit much from the transformation. If your untimely death leaves your family destitute, you can’t call it transformative. If I hadn’t been able to get out of that bad job, the thought of a good job would have been the source of even more suffering.

If you can be transformed by your suffering, great. Expecting all suffering to be transformative is cruelly unrealistic.

Suffering doesn’t undo any harm you may have caused. Suffering doesn’t “pay a debt.” If you want to pay a debt, make restitution. If restitution is impossible, pay the wergild. Better yet, work to remove the conditions that allowed the harm to happen in the first place.

Live honorably in spite of suffering

Insisting there must be some grand cosmic purpose for suffering is not compatible with polytheist theology. It implies Some One – or at least Some Thing – is in charge. But while polytheism acknowledges the presence of many Gods, these Gods have limited power and limited scope. There is nothing in the stories and practices of our ancestors to indicate the existence of a supreme being with the capability and desire to set up multi-incarnational lessons, nor is there any evidence of it in our modern world.

Insisting on meaning where none exists may be comforting, but it can distract us from the very practical, very low-level search for root causes and corrective actions for specific ills of society. This work is hard and complicated and it can never completely eliminate suffering. But it can reduce it, and that is a very good thing.

Our pagan ancestors lived in a world very different from our own. Life was harsh and suffering in ways we can only imagine was an everyday fact of life. The goal of their religions was not to explain suffering away, but to live honorably and virtuously in spite of it.

There is much we can learn from our ancestors. 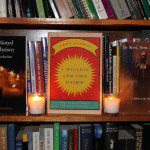 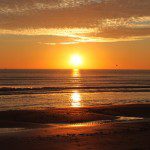