The Pyramids of Uxmal

I don’t buy many souvenirs, but I do buy t-shirts. I wear them every day: for exercise, lounging, insulation, sleeping, and in the hot Texas summers, for casual wear. They’re cheap, they provide some variety, and they remind me of places I’ve been and things I’ve done.

One day last week I needed a green t-shirt to wear under a green sweater and I pulled out my shirt from Uxmal. As soon as I put it on the memories of visiting Uxmal in 2008 started flowing. The connection felt more psychological than mystical, but I’ve never had a t-shirt prompt me to write a blog post before, so perhaps there’s more to it after all…

Uxmal is an ancient Mayan site on the Yucatan Peninsula in Mexico. It was first settled around 500 CE. Most of the building took place between 700 and 1000. It was abandoned around 1200, though there was still some activity there when the Spanish invaded in the early 1500s. It has buildings (with names given by the Spanish), a ball court (whose games may or may not have involved human sacrifice), and two large pyramids. It’s been estimated that as many as 25,000 people lived in the city.

The Maya were one of the most sophisticated pre-Columbian civilizations in the Americas. They had a fully developed system of writing, a settled government, and trade with people as far away as Panama and the Caribbean islands. They built Uxmal and other huge pyramids, they were expert astronomers, they developed a very precise calendar, and then one day they just vanished.

It is true their civilization collapsed, and we may never know why. Possibilities include foreign invasions, civil war, epidemics, and climate change. One hypothesis says overpopulation caused the Maya to clear too much land for agriculture, which in turn caused the rainfall patterns to change, resulting in drought and famine.

But the Mayan people are still there, still living where their ancestors lived, and in many cases, still speaking their languages. Mexico recognizes eight variants of the Mayan language and Guatemala recognizes twenty one.

I had two goals as I entered the complex: be respectful and be open.

I walked the length of the ball court in silence. In similar venues – modern stadiums and the Roman Coliseum – I’ve been overwhelmed by the presence of the crowd. In Uxmal I could “hear” the crowds, but my strongest impression was the overwhelming need for victory. I used to play sports and I was very competitive even if I wasn’t very good. If I was playing, I wanted to win. This was much, much stronger.

Of course, I never played softball or tennis for my life.

The ball games are usually associated with human sacrifice. It is likely many of the games were played for nothing more than bragging rights or the best place at the post-game feast. But it is virtually certain some of the games were played for blood. Losers died – some interpretations say the losing captain was sacrificed, others say the whole team.

An alternative interpretation says the teams competed for the right to be sacrificed, that it was a great honor. After all, if you’re going to give a gift or send a messenger to your Gods, you want to send your best. When someone proposed that to our tour guide (who made sure we knew “I’m not Mexican – I’m Maya”) he laughed: “no warrior wants to die.”

The feeling in the ball court reminded me of walks I’ve taken around battlefields, only even more intense.

Unlike the larger and more famous Pyramid of the Magician (which I’ll discuss next), it is still permissible to climb the Grand Pyramid. And so I did. The 72 steps are steep and narrow – going up was a lot easier than coming down. At the top of the pyramid I caught my breath and enjoyed the view, then I tried to imagine what it would have been like to be a priest leading a ritual on the pyramid. I didn’t get very far – it was clear I didn’t belong there.

The Pyramid of the Magician is the most memorable structure at Uxmal. It’s 131 feet high but it looks much taller. It was built in five stages over 400 years, one on top of the other. The steps are even steeper and narrower than the Grand Pyramid – I wasn’t particularly upset I couldn’t climb them. After shooting pictures I told Cathy I wanted to do some meditation and found a quiet place where I could still see the pyramid.

I didn’t even ask any questions – the impression was quick and overwhelming. “Who are you to question us? You have no idea what it was like. We did what we had to do, and you would have too, if you had been here.” Overwhelming. Perhaps the spirits of the people or of the place had heard too many “primitive” and “barbaric” comments over the years. Perhaps the questions I was too diplomatic to ask verbally were communicated non-verbally, and not well. Or perhaps the heat combined with the immensity of the place and the stories I had heard created the impressions I received.

But I don’t think so.

This is why I’m writing this brief trip report 6½ years after the fact. I put on that t-shirt and I remembered the overwhelming feeling of spirits screaming at me. Not aggressively and not maliciously, but defiantly. “We did what we had to do.”

And I wonder: what do we feel like we have to do that is not only unnecessary but also unwise, unfair, and unjust? What games do we play, what systems do we support, what rules do we follow because we feel like there’s no other way?

And I also wonder: what necessary acts are we neglecting because we find them unpleasant? What helpful changes have we not made because they carry risks, risks that are far less than those faced by the players on the Uxmal ball court?

Where are our lives and our world less than they could be because we will not do what must be done? 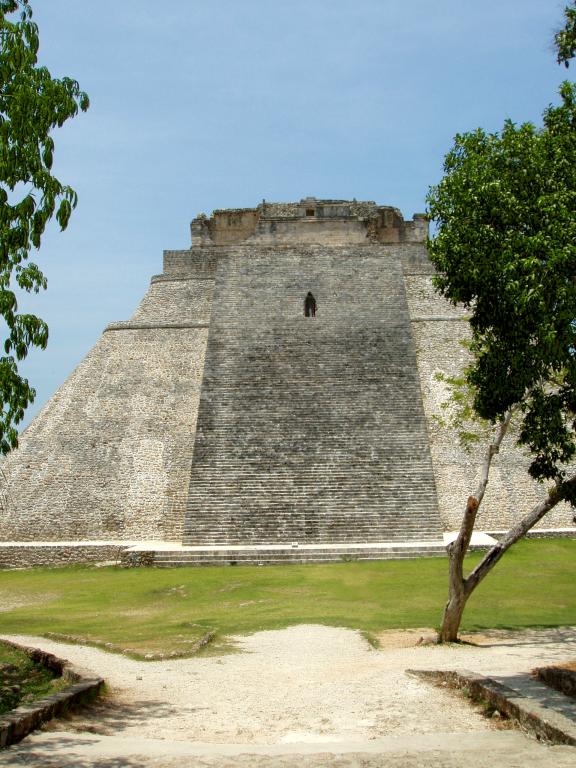 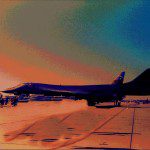 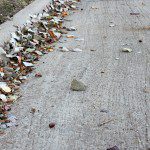 November 25, 2014 Tell Me Who You Are, Not Who You Aren’t
Recent Comments
0 | Leave a Comment
Browse Our Archives
Related posts from John Beckett