There Is No Supernatural

There Is No Supernatural December 11, 2014 John Beckett 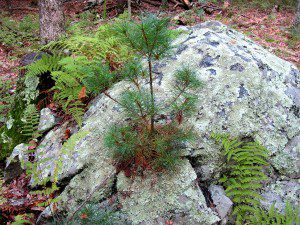 I had a few more things I wanted to say after last week’s post on magic, but current events and the upcoming Solstice got in the way.  One item is something I’m sure naturalists and non-theists will agree with, at least on the surface:  there is no supernatural – everything is part of Nature.

Where we disagree, of course, is on the extent of Nature.

“Supernatural” is a convenient but lazy word that means “something outside the realm of what we ordinarily experience.”  According to Merriam-Webster, its first known usage was in the 15th century.  Prior to that, the actions of Gods and spirits and the results of magic were part of ordinary experience.  The fact that the word was needed indicates experiences of these actions never stopped – what changed was the definition of “ordinary.”

Both modern Paganism and contemporary science teach that there is nothing outside of Nature.  If by some means we can’t even imagine there is something outside of Nature then we cannot know it or experience it and it cannot affect us or anything else inside Nature.  What we know of the Gods and what we know about magic comes from our experience of them.  And since we can experience them, they must be natural – part of Nature.

There is no “wholly other” God pulling the strings from behind a curtain.  If such a God existed, he would have to interact with Nature and he would become part of Nature in the process.

If all things are part of Nature then all things are related, some distantly and some closely.  I used to say everything is connected, but I now think saying everything is related is more accurate.  Related describes our common origins and the opportunities we have to relate to each other.  Connected implies a continuous interaction and that’s not supported by experience.  That has some serious implications for individuality and diversity, but that’s another post for another time.

If everything is related then everything can affect everything else.  No action is without consequence.  The problem for both magicians and skeptics is our tendency to confuse “affect” with “control.”  If you ask your cousin to do something for you he may do it.  Or he may not.  Your request affects him, but it does not control him.  Likewise, casting spells and saying prayers affects the targets of those spells and prayers, but they cannot control them.  Successful magic doesn’t necessarily bring you what you asked for (much less what you want), it moves the odds in your favor.  And whatever it does, it does within the boundaries of Nature.  If you work magic to violate the laws of Nature, you will be waiting for a very long time.

Let’s face it, though – most of us aren’t nearly as interested in why magic works as we are in how it works.  Attempts to develop magical theory aren’t nearly as rewarding as simply learning good magical techniques.  There are any number of books and teachers that can teach you high magic (changing consciousness) or low magic (instrumental magic, operational magic, kitchen witchery), theurgy (magic worked through the intercession of the Gods) or thaumaturgy (magic worked through your own power).

Magic is a tool, and as with everything else, you’ll get better results if you select the right tool for the job.  In particular, never rely on magic for things that can easily be achieved with mundane effort.  Magic moves the odds in your favor, but if a goal is entirely within your reach, mundane action can make those odds certain.  In my early days I did a few spells “just to see if it works.”  It worked, alright – in ways I wish it hadn’t.

If you have a need, use every tool in your toolbox to move the odds in your favor – combine magical workings with mundane effort.  Skeptics will ask how you’ll know the magic really worked.  I say if you get what you need, does it really matter???

Remember, magic doesn’t depend on belief.  If you do the right things in the right way, the results will come.  Most unsuccessful magic does not fail from a lack of belief. It fails because the magician chose a poor target (a tornado is far more powerful than you) or a vague target (in the words of Isaac Bonewits “fuzzy targets yield fuzzy results”).

So why am I bringing this up now when there are so many more urgent issues?

We live in a complicated world where efforts to determine the “one real cause” of problems and events often turns into scapegoating and the harassment of those who are different from those in power.  And those in power have financial and structural advantages that make them seem impervious to change.

The diligent practice of magic reminds us that even when we cannot exercise control, we still have influence.  There is no supernatural, but through our magical and our mundane work, we can move the odds in our favor bit by bit, piece by piece, until one day, we win. 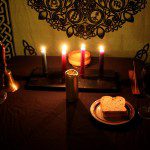 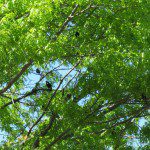 December 14, 2014 Hold Loosely But Practice Deeply
Recent Comments
0 | Leave a Comment
"Good people do bad things and bad people do good things. What is light without ..."
Stuart Jeffery Must We Speak No Ill of ..."
"Notorious RBG! I love that nickname! Someone once asked her, "When will there be enough ..."
Amanda Ingalls The 6 Celebrity Deaths That Impacted ..."
"I remember turning on the radio and hearing "Remembering David Bowie", and then a week ..."
Amanda Ingalls The 6 Celebrity Deaths That Impacted ..."
"Steve Irwin, Michael Jackson..... Both their deaths hit me like a ton of bricks. Michael ..."
Amanda Ingalls The 6 Celebrity Deaths That Impacted ..."
Browse Our Archives
get the latest from
John Beckett
Sign up for our newsletter
POPULAR AT PATHEOS Pagan
1