Be Careful Who You Pretend To Be

Be Careful Who You Pretend To Be March 26, 2015 John Beckett 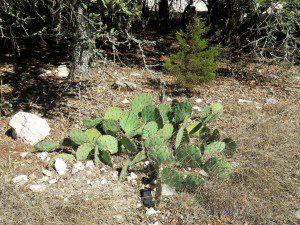 The new Pagan website Gods and Radicals is up and running with some thought-provoking and action-inspiring material.  It’s bringing a Pagan approach to radicalism and a radical approach to Paganism.

“Radical” is not a word usually associated with me, as those of you who know me in person understand.  I prefer incremental improvement to dramatic change.  I don’t like conflict.  I’ve spent most of my life trying to work within the system.

To my family and friends who read this blog and think I’ve become a radical:  You. Have. No. Idea.

The opening essay is challenging my comfort zone.  Jason Thomas Pitzl wrote Respectability Politics: Act Like The System So That The System Will Listen?  Here’s an excerpt:

If you participate in contemporary Paganism, chances are, you might have also participated in respectability politics: I know that I have. I’ve endorsed the traditional party line on how to engage with the press (sharp suit, conservatively groomed, approved talking points), applauded efforts that made us more relatable to the Christian majority, and even volunteered for outreach “opportunities” I didn’t want to do for fear of who might fill the void left by my refusal. The underlying message being that if we do this work outsiders will, if not embrace us, then at least tolerate us, if we seem to be like them.

I am here to say that I was wrong in my self-perceived sensible moderateness.

Jason does a fine job of explaining the ineffectiveness of respectability politics and I see no reason to repeat his points.  Instead, I want to talk about the effect it can have on us as individuals.

There is a place for diplomacy in religion and politics.  Both are based on relationships, and it’s easier to get things done if others see you as a friend, or at least as a friendly person.  The primary reason Congress is so dysfunctional is that they’ve forgotten this.  They spend all their time yelling past each other to score points with their base instead of working together to govern the country.  Unless you have the raw power to impose your will, you’re going to have to compromise to get anything done.

While you’re working to build a better world you still have to live in the world as it is today.  Sometimes that means you have to work within the system.  Pick your battles:  fight the ones that are worth fighting and the ones you can win.  Walk away from the rest.

Maintaining our integrity requires hard work.  It requires regular spiritual practice:  meditation, prayer, offerings, devotions, reading and study – preferably every day.  Regular practice keeps us connected to the Gods, ancestors, and land spirits.  It reminds us who we are, who we’re called to be, and who we want to be.

It is extremely difficult to maintain your integrity on your own – we need the support of others.  Many Pagans have had bad experiences with religious groups, some in Paganism and some in their former religions.  But culture is not an individual thing, and it helps to have the support of our co-religionists as we try to be who and what we’re called to be instead of who and what the mainstream culture tells us we should be.

This is a difficult topic for me.  Growing up I knew I was different.  Some of that was my academic achievement, some was where I lived, some was where I went to church, and a lot was just me.  Those differences were a source of trouble and stress.  I didn’t want to be different – I wanted to fit in.  And I tried very hard to be respectable.

The results were mixed.

I used my academic achievement to get an engineering degree and I used that to build a nice career where I learned to play corporate games.  It’s provided a steady income and the resources for me to do many of the things I write about here.  It also provided a huge amount of stress and frustration until I realized it wasn’t my calling in life.  I pretended to be a corporate ladder-climber and it damn near killed me.

Do I bring Pagan values into my workplace?  Of course I do.  But what corporate values are leeching into my Paganism?  That’s a less pleasant question to contemplate.

And sometimes, I pretend to be a radical. 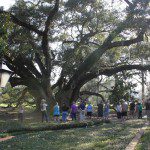 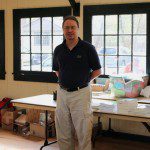 March 29, 2015 Pagan Philosophy, Pagan Ethics
Recent Comments
0 | Leave a Comment
Browse Our Archives
get the latest from
John Beckett
Sign up for our newsletter
POPULAR AT PATHEOS Pagan
1