Put 350 intermediate and advanced Pagans, Heathens, Druids, Magicians, Witches, and various other esoteric practitioners together in a (nearly) snow-bound conference center for four days and what do you get?

A mighty call to action.

Unlike most conventions, conferences, and festivals, Between the Worlds isn’t held every year.  Rather, it’s held “when the stars indicate that such a gathering is needed and favored.”  This past weekend was the sixth gathering of Between the Worlds since 1996 – the last was held at the Winter Solstice of 2012.  The next one isn’t until January 2020.

The timing for Between the Worlds is set by the stars and planets. This year it conflicted with the usual time for Sacred Space, an annual gathering in the Baltimore area that features many of the same teachers and participants. So instead of canceling one or competing with each other, both conferences were held concurrently.

The stars didn’t look favorable for me being there last week.  I was scheduled to fly out early on Thursday morning, but snow and ice were forecast for Wednesday night and Thursday morning, both in Dallas and in Baltimore, where the conference was held.  But either the stars really were aligned properly, or the Gods were generous, or I just got lucky.  On Wednesday morning I was able to change my flight (at no charge) and leave on Wednesday evening.  I got out of Dallas and into Baltimore with no problems and arrived safely at the Hunt Valley Inn later that night.  Instead of getting up at 4:00 AM on Thursday to rush to the airport, I slept in and then had a leisurely morning reading and talking with the other early arrivals.

There were far more workshops I wanted to attend than slots available.  I went to Diana Paxson’s workshop on sacred possession and trancework, which featured material from her new book The Essential Guide to Possession, Depossession, and Divine Relationships.  I participated in ADF Archdruid Kirk Thomas’ “Circles of Concentration,” a hands-on workshop teaching some helpful skills for leading ritual.  I heard conference co-leader Ivo Dominguez, Jr. speak on “The Greater Form of the Witches’ Pyramid,” Byron Ballard speak on hexes and curses, and Jason Miller speak on tulpas.

And I had the privilege of hearing Dolores Ashcroft-Nowicki speak on both “Astral Doorways” and “The Four Faces of the Pyramid.”  Dolores is an 85-year-old British grandmother who is also the most accomplished classical occultist alive today – and a fascinating storyteller.

The two plenary panels alone were worth the registration fee.  Friday’s panel was “Alliances with the Spirit World” and featured Aeptha, Kirk Thomas, Dorothy Morrison, Diana Paxson, and Michael G. Smith.  I’m probably going to do a separate post on this panel and Diana Paxson’s workshop once I finish processing it all.  What I found most helpful was the way the five panelists interacted with and supported each other despite some very different foundational assumptions.  Diana Paxson said she deals with spirits as persons.  Dorothy Morrison spoke next and said she sees spirits as archetypes.  The rest of the panel was just as varied.  But the techniques they recommended and the cautions they gave were remarkably similar.

Saturday’s panel was “Nurturing Spiritual Communities” and included Dolores Ashcroft-Nowicki, Ivo Dominguez, Jr., Christopher Penczak, Katrina Messenger, Byron Ballard, and T. Thorn Coyle.  The theme here was first articulated by Thorn:  “communities have to be messy.”  She said “too many of us are looking for an ideal community and give up when we don’t get it.”  She encouraged us to be willing to apologize and move on and to continue showing up.  Katrina Messenger said “ecosystems grow through diversity – we don’t all do the same things.” Christopher Penczak echoed that, saying “create your own place in a community. Find what needs to be done and what can you do.”  Byron Ballard made a point I keep emphasizing in my Big Tent discussions:  “we don’t have to worship together to work together. Be fully present exactly as you are.”

Ivo Dominguez, Jr. had perhaps the best summary of the discussion:  “Community means we have mutually entangled obligations to each other.”

The main ritual was titled “The Star Of Renewal” and it focused on activating the Four Powers of the Sphinx:  to know, to dare, to will, and to keep silence.  The ritual outline and the chants we used are on the Between the Worlds site, but they can’t convey the power of its subtle symbolism and dramatic liturgy.

The ritual, the plenary sessions, the workshops, and the hallway and bar conversations all revolved around one theme:  school’s over – get to work.

Pagans are sometimes called “the people of books” and many of us – myself included – are insatiably curious.  A commitment to life-long learning is a good thing.  But our mainstream culture tells us we can’t do anything without the required education, training, and certification.  It makes us feel like we’re never ready.

If you’ve been studying and practicing for a while, you’re more ready than you think.  And even if you’re not, the need is now and the need is real.  If your house is on fire, you don’t sign up for advanced firefighter training – you grab a hose and start spraying water on the flames.

Diana Paxson said we need to remember we can learn by doing and learn by teaching.  Aeptha said the world tells us we can’t trust ourselves and so we stop from fear.  Ivo challenged us to dare to create scary real experiences, because “if it’s not scary it’s probably not going to work.”

Ivo Dominquez, Jr. is a master astrologer.  Astrology isn’t an important part of my practice.  Still, we’re seeing the same things:  there is a turning of the age.  As Byron Ballard says, it’s Tower Time.

It’s to prepare you to lead the world into the new aeon.

Those daydreams you’ve always had about being tapped for a mission to save the world?  That yearning to make a difference?  That calling to go on a great quest?  That feeling you’re touched by destiny, if only you could figure out exactly how?

Now is the time.

There are new, healthy, sustainable ways of living and being to demonstrate to the mainstream culture that yes, there’s a better way.

Change is coming.  Big, disruptive, irreversible change.  Dealing with it is going to be hard.  It’s already hard.  It’s not going to get easier any time soon.

It’s time to get to work. 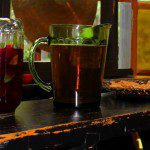 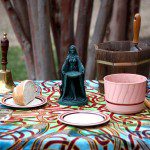 March 15, 2015 Ostara – A Solitary Ritual
Recent Comments
0 | Leave a Comment
Browse Our Archives
get the latest from
John Beckett
Sign up for our newsletter
POPULAR AT PATHEOS Pagan
1