The Garland Shooting: Innocents Get Hurt

The Garland Shooting: Innocents Get Hurt May 4, 2015 John Beckett 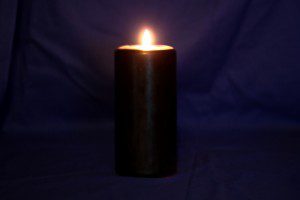 Last night in Garland, Texas – 22 miles from my home – a group calling itself the American Freedom Defense Initiative held an event called the “Muhammad Art Exhibit and Cartoon Contest” at the Curtis Culwell Center.  They picked this location because in January, a local Muslim group booked the Culwell Center for their own event called “Stand With the Prophet in Honor and Respect.”  The Culwell Center is owned by the Garland Independent School District – in accordance with the law, they rent to anyone who wants to book the center for a legal purpose, even if some Garland residents would prefer to exclude those who follow unpopular religions.

Just before last night’s event was to conclude, two men drove up, got out of their car and started shooting.  They wounded an unarmed security guard before an armed police officer shot and killed them both.  The shooters are from Arizona – one had ties to terrorist groups and had been under investigation by the FBI.  The other was his roommate.

Local Muslims ignored the event and imams have condemned the attack.

This was billed as a “free speech” event by its organizers.  But its real purpose was clear:  to poke American Muslims with a sharp stick and tell them “you’re not welcome here.”  I think that’s both rude and counterproductive, but they can do that – it’s their constitutional right.  And because they could, they did.

And because they did, an unarmed security guard was shot.  Thankfully, his injuries were not severe – he was treated and released.  When the powerful and privileged behave in ways that are hateful, cruel, or stupid, innocent people get hurt.

It would have been much worse had the armed police officer not responded so quickly and accurately.  As an aside, this is why we can’t disarm the police.  We have an armed society and it’s far too late to change that.  But there’s a huge difference between armed terrorists and children with toy guns.

Let me be clear – the primary fault lies with the shooters.  No speech can ever be offensive enough to justify violence.  But the organizers are at fault as well.  They were fully aware that something like this might happen and they did it anyway.  There is a difference between satire and hatred, between speaking your mind and getting in people’s faces seeking to cause offense.

As I’m thinking about this, I can’t help but think about the violence in Baltimore.  The police killed a person in their custody (perhaps through negligence, though the nature of the injuries point toward it being intentional) and the community exploded.  People have been injured, property has been destroyed, and protesters have been beaten and jailed.  The police killed Freddie Gray and that sparked the violence, but the root cause lies deeper, in the structural racism, poverty, and abuse that make desperate acts seem like the only reasonable option.

I hate to compare these two situations.  I’m in strong sympathy with the people of Baltimore and elsewhere who’ve had enough.  I’m in strong opposition to terrorists who want to convert the world to Islam by force.  But in both cases it’s a gross oversimplification to say “there’s no excuse for violence” and fail to look for deeper reasons.

Nature teaches cause and effect, action and reaction.  We can argue all day long that people “should” act in ways we find reasonable and moral, but if they do not share our experiences of the world, their ideas of what is reasonable and moral are likely to be very different from our own.

Nothing we do touches only ourselves.  Those who hold power and privilege have an obligation to consider the downstream effects of the institutions they support, the systems they build, and the events they promote. 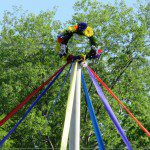 May 3, 2015
Beltane: An Inclusive Ritual That Works
Next Post 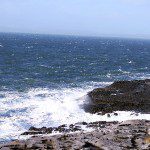