The Bakery of the Gods

Then at some point, you realize that vanilla pudding just doesn’t do it for you any more. You discover you have ethical issues with the extraction of vanilla or maybe you develop lactose intolerance. And so you go looking for a new dessert.

But not just any dessert will do. Something tells you that what you really want is a warm dessert with a pastry crust and chunks of tangy fruit. You can smell cinnamon, nutmeg, and sugar. You don’t know exactly what that is, because all you’ve ever had is vanilla pudding. But you find your way to a bakery and walk in.

As soon as you do, you see a bunch of people congregating in the corner singing “chocolate cake, chocolate cake, there is only chocolate cake!” A couple of other people are screaming “dessert is bad for you!” And a few others smile and say “don’t worry about them – deep down all desserts are the same.”

You look around and you see a few people putting labels on some of the desserts. The labels say “apple pie” and “cherry pie” and “peach pie.” But the labels aren’t on the pans for more than a few seconds when someone else comes along behind them and slaps “apple pie” stickers on everything, saying “everybody has the right to define apple pie for themselves.” A third person follows closely behind ripping off all the labels and muttering “all these labels do is divide people.”

Another customer comes in. She spots exactly what she wants, picks it up and walks to the cash register. She shakes her head at all the commotion. “I don’t see what the big deal is. Dessert is a private matter, and if someone ends up with cherry pie then that’s the dessert they were meant to have.”

Meanwhile, you’re still trying to figure out which one of the pans has pastry crust, chunks of tangy fruit, cinnamon, nutmeg, and sugar. You start to wonder if dessert really is bad for you. Maybe you should try chocolate cake instead. And maybe you should just go back to vanilla pudding – after all, there’s a vanilla pudding store on every corner.

But your visions of pastry crust, chunks of tangy fruit, cinnamon, nutmeg, and sugar just won’t leave you alone.

There are many desserts in the Bakery of the Gods. Debates about the merits of chocolate cake vs. apple pie make for interesting conversations, but it’s impossible to say if one or the other is objectively better – that’s probably clear to anyone reading this blog.

I’m quite fond of apple pie. I spend a lot of time exploring the various types of apples and the many pie recipes. I’ll be happy to talk about apple pie all day long, but if you prefer cherry pie or cheesecake (which is more of a pie than a cake, but this metaphor is already stretched about as far as it will go), that’s fine.

But if someone is looking for apple pie, I want them to be able to find apple pie. They have enough trouble walking away from the vanilla pudding, getting past the people singing hymns to chocolate cake, and ignoring those trying to get them to give up all desserts. 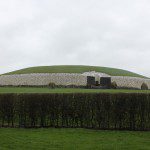 April 14, 2016
What I’ve Learned Blogging This Year
Next Post 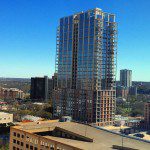 April 19, 2016 Moving For Opportunity
Recent Comments
0 | Leave a Comment
"Or it can make you hate the thing you used to love. That happens, too."
MadGastronomer 8 Pieces of Bad Advice
"Coming in very late as this post seems to be doing the rounds again. My ..."
Kris Hughes Which God are White Christian Nationalists ..."
"For me, "Forgiveness" equates to: "I am not angry since you have shown me a ..."
Kyllein MacKellerann 8 Pieces of Bad Advice
"Excellent advice. Altho' the bit about "Do what you enjoy doing and you'll never work ..."
Kyllein MacKellerann 8 Pieces of Bad Advice
Browse Our Archives
Related posts from John Beckett