I had a nice Pagan post queued up for today and another outlined for Tuesday. Then I woke up Friday morning, turned on the TV, and saw Donald Trump in Scotland praising the UK’s vote to leave the European Union. I heard some of his usual nativist rhetoric about “taking back the border” and “choosing who you let come into your country.” And I knew I had to write something else for today.

As an American who occasionally travels to Europe, I was hoping Britain would stay in the EU. Britain never adopted the Euro, but intra-EU flights work like domestic flights. Crossing from Ireland into Northern Ireland was like crossing from Texas into Louisiana. That’s nice, but it’s something I don’t have to deal with on a daily basis. But I’m remembering the bus driver on our Dublin to Belfast trip, who talked about how his father lives in the Republic but does most of his shopping in the North. That will change, though how remains to be seen.

Some UK citizens I respect voted to leave – they had valid reasons. The EU bureaucracy is bloated and their regulations can be absurd, even to a liberal like me who thinks most government regulations are necessary, if occasionally annoying. The EU is almost entirely unaccountable to the electorate. Their bullying of Greece was and is immoral. Many ordinary people feel like their government doesn’t respect them or address their concerns and this was a chance to strike back.

But what I heard most loudly coming from the UK was “immigration is out of control.” And by “immigration” they didn’t mean white Americans and Australians who want to move back to “the old country.” They meant brown and black people from Asia and Africa, many of whom are Muslims and/or refugees.

The economy is bad and there’s no indication it’s going to get well any time soon, if ever. But rather than putting the blame where it belongs – on greedy executives, corrupt bankers, and idiot politicians – many people prefer to blame it on “them” – people who don’t look and sound and worship like everyone else. For centuries that meant Jews, but after the Holocaust a lot of people started thinking maybe they shouldn’t blame everything on the Jews (though it hasn’t stopped some). In the US, they moved on to Mexicans and Muslims.

Donald Trump wants to build a wall on the border with Mexico and ban Muslims from immigrating to the US. A lot of people think that’s a good idea, and they’ll be voting in November.

We humans are tribal creatures. We have millions of years of evolution telling us to trust and support the people we know will trust and support us, and to be suspicious of everyone else. That worked fine when we were organized into small bands of hunter-gatherers where everybody knew everybody. As civilization (“living in cities”) began, we had to learn to trust and support more people than we could know. And so we instinctively looked for markers of commonality: appearance, accent, and religious behaviors.

As the world has become more connected and as we have continued the migratory practices we began even before we became human, these markers have become less and less useful. But getting to know someone and finding out what kind of a person they are is a lot harder than saying “all Muslims are dangerous.” Understanding the global economy and who really benefits from it is a lot harder than saying “Mexicans are taking our jobs.”

As an aside, we need to develop strong tribes to help us get through the coming bad times. But those tribes need not be based on ethnicity and must not become distrustful and hateful of other tribes.

Ordinary people are angry and frustrated and rightly so. But too many are blaming their problems on an amorphous “them” and too many politicians are more than willing to exploit that anger and frustration for their own benefit. Right wing parties are getting more and more votes throughout Europe and the US, and there’s a desire for a strongman to put “them” in their place. And there’s no shortage of would-be strongmen.

I have consistently underestimated Donald Trump. I thought he would fade once the primaries started – I was wrong. I thought the Republican elites would unify around an establishment candidate – I was wrong. I thought a drop-in candidate would orchestrate a floor revolt at the convention. The Republican National Convention is still three weeks away, but Bloomberg and Romney have both said they won’t, and there’s no indication anyone else will. Donald Trump is going to be the Republican nominee for President because he’s validating people’s frustrations, both legitimate and not. I’m not going to underestimate him again – there’s a good chance he could win.

We don’t have much of an alternative. Hillary Clinton is the epitome of an establishment candidate. She would nominate good judges and I wouldn’t worry about her starting a war because someone made her mad, but she might very well start a war for the usual reasons. And she will continue to support the Wall Street establishment that is largely responsible for our current economic difficulties.

Libertarian Gary Johnson has a chance to be a spoiler (though for who remains to be seen), or perhaps even a viable candidate. He was a Republican governor, and he’ll look attractive to GOP types who can’t stomach Trump. No third party candidate has won a single electoral vote since George Wallace ran on a segregationist platform in 1968. This year may be different… or not.

As much as I’m fond of Green Party positions, Jill Stein is not prepared to be President and has no chance of making a meaningful impact on the election. If you support the Green Party, run for office at the local level and build the party from the ground up. The same is true for the other minor party candidates.

Regardless of who is elected in 2016, if we as a society don’t address the legitimate concerns of Trump voters, the 2020 Republican candidate could be even worse.

Britain will eventually figure out how to handle life post-EU… though their economy will be hurt, and the United Kingdom may soon be united no more. A Donald Trump presidency, on the other hand, would be disastrous for the US and for the world. It would empower and embolden the nativists who want to blame all our problems on “them” and further distract us from the real problems in our country. It would bring Supreme Court justices who will overturn the rulings that brought us marriage equality, the decriminalization of same sex relations, and the right to an abortion. And it would be a non-stop international embarrassment that would make the days of George W. Bush look bright and cheery.

Don’t think it can happen? Neither did the Brits who thought there was no way “leave” could win, including some who wanted to remain but voted leave “just to send a message.” Today we have Brexit, in November we could have Donald Trump as President of the United States.

I still don’t know who I’m voting for, but I am sure of one thing: 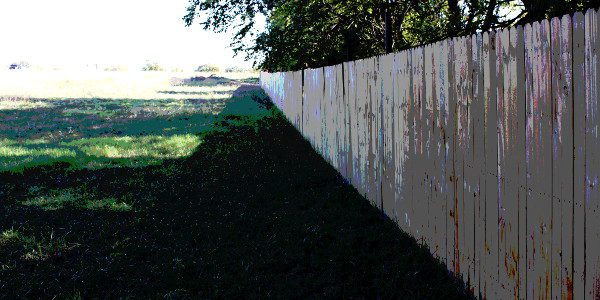 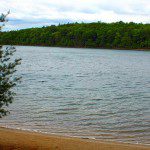 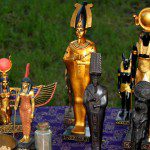 June 28, 2016 Our Gods Are Not Jealous Gods
Recent Comments
0 | Leave a Comment
Browse Our Archives
get the latest from
John Beckett
Sign up for our newsletter
POPULAR AT PATHEOS Pagan
1

Plant Spirit Glyphs
Plant spirit glyphs are symbolic representations of the of the occult forces...
view all Pagan blogs
What Are Your Thoughts?leave a comment
Copyright 2008-2020, Patheos. All rights reserved.