You Are What Your Record Says You Are

The title of this post comes from American football coach Bill Parcells. When asked if his mediocre team were “winners or losers” Parcells responded “you are what your record says you are.” There’s a similar meme going around Facebook that says “your beliefs don’t make you a good person – your actions do.” What we say is important, but what we do matters more.

On Monday, a contemptible statement from the Asatru Folk Assembly started making its way around the internet.

Today we are bombarded with confusion and messages contrary to the values of our ancestors and our folk. The AFA would like to make it clear that we believe gender is not a social construct, it is a beautiful gift from the holy powers and from our ancestors. The AFA celebrates our feminine ladies, our masculine gentlemen and, above all, our beautiful white children. The children of the folk are our shining future and the legacy of all those men and women of our people back to the beginning.

It has long been common knowledge that the AFA is a racist, bigoted organization. But they’re a large order, they have some good scholarship, and they’ve carefully crafted their official statements to deny being racist while simultaneously engaging in racist (and homophobic and transphobic) behavior. Some people have gotten involved with them while trying to connect with Germanic Gods and ancestors and were disappointed and offended when they encountered blatant racism and even Nazism. Apparently, the AFA’s new senior leadership has decided to drop all pretense and proudly announce who and what they are.

The photo attached to this statement showed a white man and a white woman holding two white children. They claim to be “supporting the traditional family” but I find it interesting that their picture only shows two parents and two children. Where are the grandparents, aunts, uncles, cousins, and other family members? The AFA claims to be promoting the values of their Heathen ancestors. Instead, they’re promoting the family model of 1950s Christian America.

When I saw the post I said “Glad to see them quit pretending to be anything other than what they are. Much less work trying to keep well-meaning beginners away from them.”

Since this statement started circulating, I’ve seen a flood of statements from various Heathen, Pagan, and polytheist organizations and individuals declaring their commitment to inclusivity. In lieu of a statement, I shared Jason Mankey’s Dead End Religions post on the Denton CUUPS Facebook page and added an introduction.

Racism, misogyny, homophobia, transphobia, fixed gender roles, and any other form of prejudice and bigotry have no place in Paganism and they are not tolerated in Denton CUUPS. Come to our Gleichentag ritual on September 17 and see how Heathenry and Norse Paganism are practiced in an inclusive environment.

These statements are a good thing. One of our weapons in combatting bigotry is drawing clear distinctions between our own values and the ideas and behaviors we find offensive. The AFA, by their own words, stands for white supremacy, fixed gender roles, homophobia, and transphobia. We tell ourselves they’re completely out of sync with 2016 values and ethics, but this year’s Presidential campaign has shown that these attitudes aren’t as rare as we like to think.

At the same time, it’s important to remember that that AFA’s statement did not make them racists. Their statement simply announced to the world that they weren’t going to hide their racism any more. Likewise, all our beautiful and powerful statements of inclusivity don’t make us inclusive. What makes us inclusive is being inclusive: being welcoming and hospitable at our events, avoiding gender essentialism in our rituals, and having no tolerance for steering and other manipulative behavior.

I don’t mean to throw cold water on all our statements of inclusion. They’re a natural and necessary response to a hateful statement of exclusion and I’m happy to see them. But let’s not think that our work is done.

There is still work to be done separating the natural desire to honor our ancestors and their ways from the racist idea that our ancestors and our ways are somehow better than everyone else’s. There’s still work to be done articulating the fact that the Gods call who They call and to exclude anyone on the basis of race, gender, orientation, or similar questions of identity is the height of impious arrogance.

What does all this mean in practice? I’m still working on that. I’m listening, and I’m listening really hard to those who’ve shown up at our circles. It’s one thing to talk about inclusion – it’s another when someone who is often excluded by some groups shows up at your door. All of a sudden all the internet activism fades away and you’re faced with a real person with real needs… and with real skills and abilities they could add to your group, if they felt comfortable and welcome enough to stick around.

Be welcoming, be hospitable, and listen.

The AFA’s dog whistle statements confused some well-meaning beginners, but their record has long shown they’re a racist, bigoted organization.

What does your record say you are? 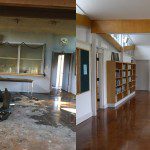 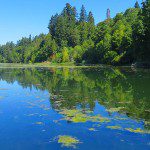 August 25, 2016 Resetting the Conversation on Purity
Recent Comments
0 | Leave a Comment
"Great stuff. Thank you! In answer to your implied question - the first spell I ..."
Anastasia Kashian The Best Way To Learn Magic ..."
"2016 was a bad and a good year for me.. I was pregnant and also ..."
Anne Kingham Are You Better Off Than You ..."
"Another geologist here. The habit of thinking in terms of deep time and knowing that ..."
Grendl Riverstone “The Storm” and “Tower Time” – ..."
"North of 70, its a stepstool. Been there."
Kyllein MacKellerann " Are You Better Off Than You ..."
Browse Our Archives
Follow Us!