Off the Edge of the Map

I’ve always loved maps. Before going on vacation, my father would pick up a service station map, take one look at it, then throw it in the back seat. I’d spend hours poring over it, fixing in my mind where places were and the different ways to get to them. A lot of kids had posters of sports or movie stars on their bedroom walls – I had three USGS topographic maps of the Chattanooga area.

Maps are the original TL;DR – they take thousands and even millions of square miles and condense them down to a sheet of paper you can hold in your hands. This requires them to omit a lot of details, and those omissions may cause the map reader to make faulty assumptions. Sometimes those faulty assumptions can be critical. Look at a typical road map and you may not realize that I-80 often closes in winter due to snow storms at the Nevada-California state line, or that there are places in the West where there is no gas for 100 miles or more.

All maps – even the amazing Google Earth – are snapshots of one point in time. New roads are built, old roads are closed, and bridges become unsafe. Restaurants, hotels, and gas stations go in and out of business. The older the map the greater the likelihood it’s no longer accurate, sometimes in ways that are trivial and sometimes in ways that can be fatal. Sometimes things are intentionally left off the maps – Area 51 comes to mind.

Maps have edges – travel far enough and eventually you’re “off the map.” Your smartphone may be able to scroll around the world, but get out of range of the cell towers and you’re left with whatever happened to be in memory. There’s an art to navigating without a map: it’s a little logic, a little intuition, and a lot of paying close attention to your surroundings.

There are many maps in the Pagan and polytheist world. OBOD (the Order of Bards, Ovates and Druids) has one of the best. If you want to go from “seeker” to “Druid” they have a map that will get you there. ADF (Ár nDraíocht Féin) has a different map that leads not just to a different place, but to multiple places, all called Druidry. Go into a bookstore and you’ll see many different maps that show many different routes to many different places – my own “map” will be published in May of next year.

The more you move from this-world concerns to Otherworldly concerns, the fewer maps you can find. Some groups and traditions have detailed maps that lead to magical places and mystical experiences, but they’re guarded carefully. A section of the ancient Eleusinian Mysteries began with this charge:

I speak to those who lawfully may hear: depart, all who are profane, and close the gates … If your hands are impure or your tongue unintelligible, I charge you once, I charge you twice, I charge you thrice to stay away from the sacred dance of the chorus of initiates. Let all others who believe in the Two Goddesses perform the Mysteries, under the blessing of Heaven. Lady Demeter, nourisher of our souls, make us all worthy to celebrate your Mysteries.

When I’m trying to be as clear as I can, I describe the religion I practice as ancestral, devotional, ecstatic, oracular, magical, public polytheism. Mainstream scholarship and reconstructionist methods have done a good job of creating maps for the ancestral and devotional work. There are multiple magical traditions, some of which are so intricate they require a religious commitment of their own and others with maps that allow you to dive in and start practicing right away.

But when it comes to ecstatic (direct experience of the Gods and spirits) and oracular (messages from the Gods and spirits) practices, there’s not much. There’s some in the Afro-Caribbean traditions, but while I’ll happy borrow religious tech where ever I can find it, the cultural elements of those traditions aren’t transferrable.

So what do I do? Some of it is as simple as “I got here, let’s see what happens if I keep going down this path.” Some of it is being pulled along by Gods and ancestors. Much of it is “I need to get there, so if I head in that direction I should get close.” I learned how to do that exploring the woods as a kid. Most times that works OK. Sometimes it’s beautiful. Sometimes it produces… strangeness. And there’s always the chance of running into something that doesn’t have a particularly noble intent.

I don’t write about this stuff very often, at least not directly. Most people simply aren’t interested in it. Some are afraid of it – for good reason. Some get a taste of it and decide it’s not for them. Some are attracted to it, but don’t have the maturity and reverence to do it properly. So I’m reluctant to start drawing maps of the places I’ve been. There’s a strong element of “mad, dead, or a poet” here and I don’t want to be responsible for anyone becoming mad or dead because they jumped into something they didn’t understand.

I’m not entirely alone – I’m not the only one who’s working off the map. There are others. They don’t all follow exactly the same tradition as I do, but they do much of the same kinds of work. I know some of them – I’m sure there are others I don’t know. I talk to a few of them occasionally, when we’ve got time in between the religious and magical duties that dominate our lives, our family and community obligations, and the paying work that provides food, shelter, internet access, and the occasional pilgrimage. Which is to say, we don’t talk very often.

We need to talk more. We need to meet face to face more, though that’s expensive and time consuming (and no, I can’t come to Pantheacon this year, for those two reasons). We need to share our experiences in a way that respects the oaths we’ve made but still lets us learn from each other. We need to start drawing maps so that those who come after us will have more to start with than we did, even if we have to keep those maps secured by dread oaths and powerful geasa.

There are very few people who are called to this path. But the Veil Between the Worlds is in a state of permanent thinness and more people are going to start having these kinds of experiences, even if they’re not ready for them. We need to be able to help them get oriented and figure out their place in this brave new world.

It would be good if we had some maps to help them figure out how to get to where they need to go. 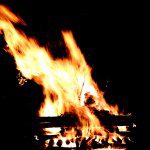 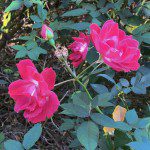 December 4, 2016 The Love of the Gods
Recent Comments
0 | Leave a Comment
"There are many more Christians "who just want to celebrate the seasons" than the Archbishop, ..."
Diana Sinclair Paganism in a Post-Christian World
""When did I know I was a Witch?" After I studied, was instructed by Coven ..."
Kyllein MacKellerann When Did You Know You Were ..."
"Thank you for this elaborate answer. Between my comment in the other post and today, ..."
narya If You Want To Do It, ..."
"This is a very inspirational post. I like the concept of "do or do not; ..."
Donetta Sifford If You Want To Do It, ..."
Browse Our Archives
Related posts from John Beckett