You Can Take Your Anti-Muslim Garbage Somewhere Else

Last week I had a Facebook friend request from someone I didn’t know but who looked legitimate. The profile was male – scammers usually come after men with female profiles. There was the usual mixture of family and current events posts that looked organic, rather than thrown together to create a fake profile. The political posts were on the conservative side, but that’s OK – I don’t live in a bubble and if you’ll listen to me, I’ll listen to you.

But as I scrolled down, I started seeing multiple posts about Muslims and especially about Muslim immigrants. The one that grabbed my attention was a picture of refugees with the caption “Muslim countries won’t take them because they’re already Muslim. They aren’t immigrants, they’re invaders.”

Request deleted. You can take your anti-Muslim garbage somewhere else – I don’t want it in my feed.

If you can look at refugees and see “Muslims” and not human beings in great need, there is something wrong with your conscience. Have you seen the pictures from Syria? Have you read the reports? Have you heard the first-hand accounts of people fleeing these war zones?

What would you do if you were in that situation? You’d do what these people are doing – you’d evacuate or you’d die.

It amazes me that some people will rant about Daesh and the horrors of their laws and how they enforce them (which is a worthy rant – I’ve done it myself) and at the same time show zero compassion for people trying to get away from these same evil terrorists.

Like many other religions, Islam places a high value on hospitality, and leaders of rich Muslim countries like Saudi Arabia will answer to Allah (as a polytheist, I see Allah as one God among many) for their failure to care for their Muslim brothers and sisters. But their failure to fulfill their religious obligations does not absolve us of our human obligations to help those in great need.

Refugees want to go where they have a chance to build a new life. Turkey, Lebanon, and Jordan simply do not have the resources to settle this many refugees. Europe and North America do. Beyond that, having lived with the conflict and instability in the Middle East for many years, most refugees are looking for some place where they’re reasonably sure they won’t have to evacuate again in a few years.

Direct your anger at those who caused this crisis, not their victims.

“But the Quran says these horrible things!” The Bible says many horrible things too, and most Christians ignore them and do their best to live a good life. Most Muslims do the same. Christian scholars and clerics disagree on the meaning of various troublesome passages of the Bible – the same is true of Islamic scholars and clerics about the Quran. Quoting random passages from the Quran out of context and claiming “this is what Islam really is” shows your ignorance about how religions actually work.

There are some Christians who want to force everyone to live exactly as the Bible says – I’m trying to keep them out of our government. Fundamentalist Christians are a far greater threat to freedom in United States than any Muslims.

What do you want American Islam to be? There are about 3.3 million Muslims in the United States – about 1% of the overall population. The Pew Research Center projects that ratio to double over the next 30 years, but even then Muslims will still be a tiny minority.

Most will keep their Islamic religion, as immigrants from other countries have kept theirs. But just as Islam in Bosnia and Herzegovina is very different from Islam in Saudi Arabia, Islam in American will be its own thing as well.

If Muslim immigrants are welcomed and allowed to be a part of America, their version of Islam will look very American. But if they’re constantly harassed, told to “prove your loyalty” and made to feel like they don’t belong, their Islam will be resentful and will be dominated by Islam from places that do not share our values.

The Bible is right about one thing: you reap what you sow.

I support religious freedom for all. I’m a polytheist who worships many Gods, practices magic, and loves wine. I’m under no illusion as to what would happen to me if I wandered into a region controlled by Daesh. They are evil – an accusation I do not throw around lightly – and they must be destroyed. Further, the conditions that allowed them to arise must be addressed or something just as bad will take their place, but that’s another rant for another time.

But I enjoyed visiting Turkey – a Muslim country – in 2012. My Pagan and polytheist friend Cynthia lived in Egypt for four years. Read some of her first-hand experiences of living in a Muslim country. I work with Muslims in my paying job – some of them are my friends. The idea that all Muslims are terrorists or that refugees are invaders is patently false and insulting to those of us who have gotten to know real live people who practice the religion of Islam.

So, my would-be Facebook friend, if you want to rant against Daesh, Al Qaeda, and the Saudis, I’m right there with you. If you want to screen Syrian refugees before bringing them to America – something the Obama administration started – I won’t object. My heart tells me all people should have complete freedom of movement, but my head tells me most people in most countries will never accept open borders.

But if you want to ignore the facts about the diversity of Islam, if you want to judge 1.6 billion people by the actions of the worst few thousand, and if you have no compassion for refugees fleeing war and oppression, you can take your anti-Muslim garbage somewhere else. 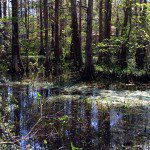 February 26, 2017
Why I’m Not Participating in the Mass Binding of Donald Trump and What I’m Doing Instead
Next Post 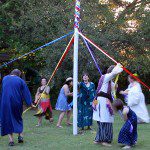 March 2, 2017 Welcoming Children in Pagan Circles
Recent Comments
0 | Leave a Comment
"It may be that the unaddressed contradictions and hypocrisy of things like slavery and racism ..."
kenofken An American’s Thoughts on the Death ..."
"I’m not sure that a Pagan university would have to be tightly tied to religious ..."
kenofken Religiously Affiliated Colleges Need to Decide ..."
"I disagree that it has to be either-or.I’m from Belgium, and for historical reasons, a ..."
WanderingDruid Religiously Affiliated Colleges Need to Decide ..."
"I'm not sure I understand what is meant by "safety" in this passage. Is it ..."
the Bacchic philosopher Our Gods Are Not Safe
Browse Our Archives
Related posts from John Beckett