Why I Had To Make a Clean Break With Christianity

Look around the Big Tent of Paganism and you’ll find connections to virtually every ancestral tradition on Earth. Celtic Reconstructionism and my own Druidry draw on what we know of our ancestors in Britain, Ireland, Gaul, and other places where Celtic culture was prevalent. Heathenry and Asatru draw on the heritage of the Germanic peoples. Kemeticism attempts to revive the beliefs and practices of the ancient Egyptians.

We have to revive and restore these practices because Paganism in Europe and European-dominated countries was interrupted by the near-universal conversion to Christianity. While Christianity’s influence has diminished since the Enlightenment and especially over the last hundred years, it remains a dominant force in our culture. 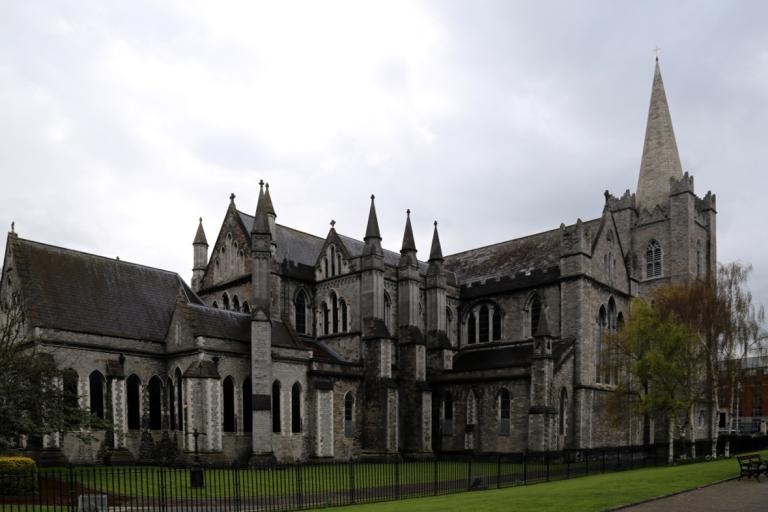 But Christianity was never a wholly new thing in any of its forms. It has mythical roots in Judaism, intellectual roots in Greek philosophy, and folklore roots in every land in which it was established. Some pagan beliefs and practices survived, but they were Christianized. They had to be – in medieval and early modern Europe it was impossible to be anything other than a Christian (or possibly a Jew, in some places, at some times, for a while…).

These survivals and continuations include magic – a lot of magic.

Magic is part of our legacy as humans. It is something we’ve always done, from the earliest cave paintings to spells in verse to the sigils of chaos magic. Christianity couldn’t wipe out magic, it just changed its forms.

Right now we’re seeing a revival of some Christian magic, particularly on the high magic side. Sorcery and grimoire magic seem to be gaining in popularity. Or maybe I’m just paying too much attention to Gordon White, but it sure seems that way to me.

Magic doesn’t care what you believe – magic cares what you do. Work this magic properly and you’ll get results.

But I can’t do this magic. I had to make a clean break with Christianity and I can’t go back, not even to work magic with the aid of powerful spirits.

Christianity is what Christians believe and do

Christians have been arguing over definition of “real” Christianity ever since the death of the historical Jesus (who I think existed, but that can’t be proved and it’s far from certain). There were many Christianities in its first couple of centuries. Despite the rise of the Catholic Church in the post-Constantine years, Christianity has never been one thing.

Today we have Catholics and Orthodox who claim to be an unbroken line back to the apostles, Protestants who claim to a be a restored and reformed version of the apostolic church, liberal Christians who claim to follow the teachings of the real Jesus, and countless variations on all of the above.

In 2014 Gordon White of Rune Soup made a strong case for a reasonable and non-exclusive Christian context for magic:

the churchy components of Jose’s Cyprian may represent an emotive barrier for a lot of today’s occultists. This is a pity. You all know how I feel about the Church (Goldman Sachs with more paedophiles). But you also know how I feel about the saints. (Not just a modesty curtain for savage gods, but also an uninterrupted continuation of at least three different strands of European customs pertaining to the Dead). Only a moron would confuse a criminal bank run for and by paedophiles for the activities of a grandmotherly herbalist in a Venezuelan barrio.

We need to have more sophisticated eyes. Because there is that which remains.

Gordon isn’t wrong, and if I had discovered this at age 10 or so things might have worked out very differently for me. But I didn’t.

I grew up in fundamentalism

This was Southern low church Evangelical Protestantism: born again Christianity with an never-ending emphasis on the eternal torments awaiting those who weren’t “saved” and the “Rapture” that could happen at any moment. The people in the church were mostly good folks who meant well, but their theology was bad and questioning it was unimaginable.

At a very early age I realized it didn’t make sense, but I didn’t have the context to challenge it. By the time I started learning about other religions and the real history of Christianity, it was too late – the tentacles of fundamentalism were firmly lodged in my subconscious.

I became a liberal Christian, then a universalist, then a Pagan, but the tentacles of fundamentalism were still there, still frightening me, and still keeping me from becoming who and what I wanted to be. I had to develop a new intellectual foundation, but I could not exorcise my inner fundamentalist with reason alone. It took a good and powerful religious experience to crowd out the remnants of fundamentalism. 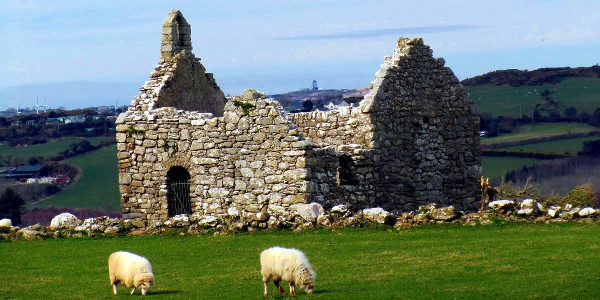 Feeding dying spirits can revive them

My inner fundamentalist is powerless and dying but it is not dead. I don’t think it can truly die as long as I’m alive – those experiences were too strong for too many years too early in my life. And if I feed that spirit, it will revive.

This isn’t like being an alcoholic who can’t be around alcohol for fear of having a relapse. I occasionally go the Methodist church where my wife sings in the choir. I read Christian bloggers and writers from time to time. I’m still interested in the historical origins of Christianity. And I have many Christian friends and relatives who are good people doing good work, both individually and in their churches. None of this causes me any problems.

But there’s a huge difference between intellectually exploring Christianity and practicing Christianity, even if that practice takes a very unorthodox, very unfundamentalist approach. The magic of Catholic saints is nothing like the hellfire and brimstone of Baptist preachers, and for many people that difference is enough to accept the good and reject the bad.

Nothing is worth letting that fear back into my life. I will not open that door, not even for access to two thousand years of magic.

My Gods want what They want

In general I have not found the Many Gods to be jealous. They want what They want, but as long as They get Theirs They don’t seem to care who else – or Who else – you work with.

But if I start working within a system that says (officially, if not always in practice) that the Gods are not really Gods, something is going to change. I would be moving away from a polytheist religious worldview and toward a monotheist religious worldview. If I can see what will happen if I crack open the door that leads to fundamentalism, so can They.

And They are never eager to give up a worshipper, a follower, and a priest.

Last year I caught some flack from the occultist crowd for my post Why I Don’t Work With Saint Cyprian. They complained that I presented a very superficial picture of St. Cyprian and that I misplaced a magical spirit in a very specific, very limited view of Christianity that was not his own. Those complaints were valid. And comparing Cyprianic magic to cultural appropriation was a poor rhetorical strategy on my part.

But they also missed the point:

I’m not trying to work magic in a Christian context. I’m trying to create a Pagan and polytheist context for the ecstatic, oracular, magical, devotional, ancestral religion I’m practicing along with many others. While I occasionally dip my toe into the waters of sorcery, at the end of the day I’m a devotional polytheist who prefers to worship and work with the mightiest of spirits – Gods.

Magic is a part of my religion, but my primary concern is religion, not magic. 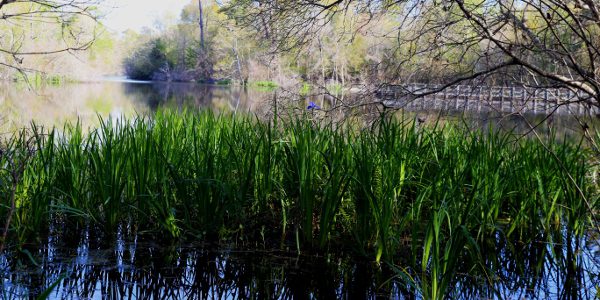 Some things can be repaganized

The grimoire tradition has centuries of power built up in its methods. As with any tradition, diving deeply into the whole system will bring results faster and with more certainty than picking a bit here and a bit there. That’s why I rant against buffet-style Paganism.

But if much of the magic in the Christian tradition is pagan in origin (and it is), then it can be recovered and reclaimed for contemporary Pagans.

This is not easy. It takes a lot more than substituting Pagan names and terms for Christian names and terms. It requires reading the material carefully, figuring out what the writer was trying to do and how they were trying to do it – something that’s doubly hard for those of us who can’t read the original texts and are dependent on translations. We have to find the Christian elements, which aren’t always obvious – the ancient Mediterranean world was a religious melting pot and what appears to be Christian may actually be, say, Greco-Egyptian in origin. Then we have to make a guess as to what the pre-Christian version looked like, and revise it to be intelligible to us here and now.

Then we have to try it out, see how it works, and hope it doesn’t blow up in our faces.

I’m a Pagan and a polytheist

There’s a phrase that’s popular among many religious liberals (a group that includes the majority of the Pagan community): “there are many paths up the same mountain.”

I do not believe this is true. While at the ultimate level I am a pantheist (probably, depending on how you define pantheism) a more accurate phrase would be “many paths up many mountains.” The particular form of Pagan polytheism I practice is very different from Christianity. I’m going to focus my efforts on my religion and not on someone else’s religion – even if they have some cool magical tech.

So if you’re a Christian and you’re envious of your Pagan friends, know that there’s a long tradition of magic within your religion, even if the Pope or your preacher tells you not to do it. If you’re a Pagan with no deep religious baggage, you may be able to work with this magic as a Pagan survival despite its Christian context.

But I can’t. The only way I could escape fundamentalism, and the only way I can be sure it never returns to my life, was to make a clean break with Christianity. 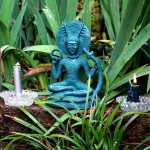 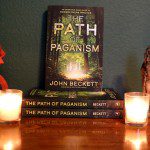 April 27, 2017 The Path of Paganism
Recent Comments
0 | Leave a Comment
"Maybe with the right theme music, we could be "The Spirituality With No Name.""
Pitch313 Why I Still Call Myself Pagan
"As problematic as Disney can sometimes be, Frozen 2 had a saying that I just ..."
Zzyzx Tell Me What To Do
"Not that you asked ME, Dan--LOL--but, fwiw, the word "worship" sticks in my craw, and ..."
Laurie The Gods And Nature
"IMHO: Pagan/Paganism/Paganry has become like "Christianity"— not the fear-based religion of control, but a sort ..."
Kyllein MacKellerann Why I Still Call Myself Pagan
Browse Our Archives
Related posts from John Beckett