key excerpt from HB 3859, currently under deliberation in the Texas State Senate

I oppose HB 3859. It will have a negative impact on LGBT families, Pagan families, and other non-Christian families. It allows religious charities entrusted with serving all the citizens of Texas to serve only their own communities. It weakens anti-discrimination laws, and it moves us farther away from becoming a tolerant, multicultural society. It should be rejected.

But do not think this is a simple black and white case. This situation is complicated, and we do ourselves no favors if we fail to examine the circumstances surrounding it.

Like most states, most adoption agencies in Texas are private entities. They are licensed by the state, but they are not run by the state. Many of them are run by churches and other religious groups, and some are quite old, pre-dating the welfare state. In an era before effective contraception, when abortion was illegal and highly dangerous, they provided humanitarian services for mostly-young, mostly-poor women and the children they were unable to care for.

In their early days they were unregulated. Some exemplified the best of religiously-motivated public service, while others were abusive and exploitative. State regulation reduced but did not completely eliminate those abuses. Texas Child Protective Services remains underfunded and underenabled by a state legislature that values low taxes and “parental rights” over actually protecting children. But that’s another rant for another time.

The shortcomings of the system notwithstanding, it’s fair to say most adoption agencies have good intentions and genuinely want to place children in homes where those children will be loved, protected, and given the best possible chance of growing up to be happy and responsible adults.

The problem is that our diverse society has some very different ideas about what that means, particularly when it comes to religion. 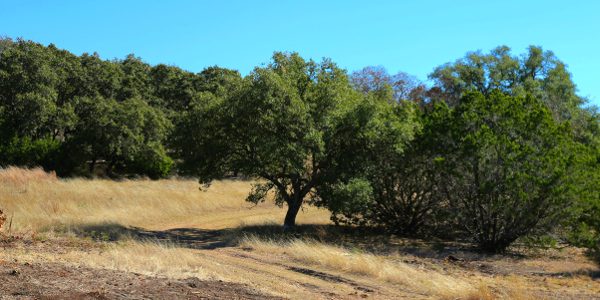 Most of us of a religiously liberal persuasion believe it’s the job of parents (birth, adoptive, or foster) to provide children with a general religious and ethical education but also to support and encourage them to find the religious path that calls to them. We overlook the fact that members of some religious groups believe their religion is the only true religion, and that failing to raise a child in the proper religion has eternal consequences. It isn’t just that a Catholic adoption agency would prefer to place children with Catholic families to support the Catholic church. A Catholic adoption agency may strongly believe that to do anything else is to place the child’s soul in jeopardy.

This isn’t like the anti-gay bakeries. That’s really straightforward: you get to choose the scope of your business, but you don’t get to limit the scope of your customers. Nobody’s going to force a Muslim grocer to sell pork, but he can’t refuse to sell his halal beef to a Jew. If you’re going to bake wedding cakes, you bake cakes for anyone who wants to buy one. Even if it’s a same sex marriage, even if it’s an interracial marriage, even if it’s a marriage between divorced people. You do business with the public, you do business with the whole public.

Adoption agencies aren’t merchants selling goods. They’re social services providers entrusted with the lives and futures of some of the most vulnerable children in the world.

It’s easy to say religion should have no bearing on adoption. But it does.

Assume, for a moment, that you’re working at an adoption agency. You place children with gay couples and straight couples, poly families and single people. You place them with UUs and Buddhists and Pagans, with Episcopalians and Methodists and atheists. If they’re loving and supportive and stable, orientation and religion just don’t matter.

And then a Southern Baptist couple walks in. They’re happy, healthy, and stable. They’re good people who no doubt will love a child dearly and will do their best to give them a good home.

But you know what their child will be taught: the few will go to heaven and the many will burn in hell. The Bible is “perfect” and “without error.” Being gay is a sin. Wives are to be submissive to husbands.

Do you still think religion shouldn’t matter? Having grown up in that religious environment, I would have a hard time placing any child with a Southern Baptist couple.

Would you have similar trouble? Then do you understand why Baptists, Catholics, or Orthodox Jews would have a problem placing a child with Pagans, Muslims, or atheists?

This question would not go away even if we nationalized all adoption agencies and made them secular. Some person has to make a decision as to whether or not a given couple would make suitable adoptive parents. Is religion a legitimate factor or isn’t it? Can you in good conscience place a child with a couple who will bring that child up in a religion you genuinely believe is harmful?

There is no easy answer here. Deep down all religions aren’t the same. Intelligent, compassionate, well-intentioned people can have radically different ideas about what is good and right, and what is harmful.

Politics is not about crafting a perfect solution, but about compromise and tradeoffs. It’s not the job of government to take sides on issues of culture and religion, but to protect all its citizens and residents, especially the most vulnerable – and I can think of no one more vulnerable than children awaiting adoptive and foster homes.

I do not know how to remove religion from adoption and fosterage decisions.

At the end of the day, a decision has to be made. While I understand and respect the sentiment behind this bill, I oppose it. Its real-world impact will be to make it harder for LGBT families, Pagan families, and other non-Christian families to adopt children. And because some agencies will disqualify these families, it increases the chance a child will be placed in a home where they’ll be brought up in an exclusivist religion and suffer great emotional and spiritual harm because of it.

As I write this on Monday evening, HB 3859 has passed the House and has cleared a Senate committee. The Texas Senate is generally more conservative than the House – I expect the bill will pass, if it doesn’t run out of time before the end of the legislative session. If it passes, the Governor is certain to sign it.

I dream of living in a society that is tolerant and inclusive, where the intolerant and exclusivist are so few they are irrelevant. Whether it becomes law or not, the Texas Adoption Discrimination Bill brings into focus the fact that we do not live in such a society, nor are we likely to any time soon. How can we best live our lives the way we are called to live them, and how can we promote our virtues and values in the wider culture in which we compete? 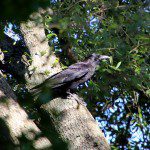 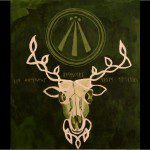