A Farewell to Normalcy

Over the past week I’ve seen at least three friends ask a question I’ve asked myself numerous times: “why can’t I just be normal?!”

The many responses all attempted to be helpful, and they fell into two broad categories. There were the “normal is just a setting on the dryer” responses that said we’re all weird in our own ways and normal is an illusion. And there were the “let your freak flag fly” responses that said we have to be who and what we are even if it’s at odds with what everyone else seems to be doing. There is truth in both responses.

It is also true there are certain societal norms that, while not as strictly enforced as they were twenty years ago – much less a hundred years ago – are still very much in existence and still weigh heavily on all of us. 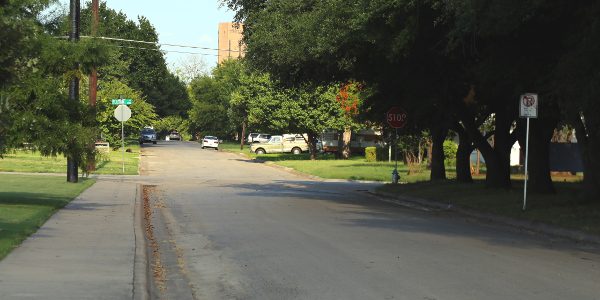 This question touches me at a deeply personal level. From my early childhood through my teenage years I wished for normalcy so hard and so often it became a magical working. Simply saying “I wish” is pretty weak magic, as most of us know from personal experience. But do it often enough for long enough and the cumulative effect can be quite strong.

It was the worst curse I’ve ever had on me, and I put it on myself.

I spent most of my 20s chasing things that didn’t make me happy and trying to fit in where I didn’t belong. Shortly after I discovered Paganism and magic, I realized what I had done and I did a spell to break the curse. It worked… thought not as quickly as I would have preferred.

I can pass for normal. I can navigate the normal world with skill if not always with ease. But I am not normal. I never have been normal, and thinking I would be happier if I could just be normal was a huge mistake.

Mat Auryn has a relevant post titled Born This Wyrd where he compares being a witch to being gay and says they are both an orientation. I am neither gay nor a witch so I will not comment on his experiences and his identity. Being a witch may or may not be something you’re born to. My personal opinion is that while anyone can become a witch, some people are more naturally skilled at witchcraft than others. But being a Pagan is a choice.

The choice of a religion is complicated. For most people throughout most of history, religion has been intertwined with family, tribal, and cultural identity. It still is in many places, as anyone who’s ever spent time in a small Southern town can attest. But religion can be changed, and contemporary America is the biggest and most open marketplace of religions in the history of humanity. I work alongside Christians, Jews, Hindus, Muslims, and atheists. If I chose, I could convert to any of those religions. Paganism is the best fit for me, so I’m a Pagan.

It’s been a good choice. Paganism addresses many of the major issues of our time that other religions do not. Being a Pagan is a choice I want more people to make – that’s one of the reasons I wrote a book called The Path of Paganism. I want being a Pagan or a polytheist to become normal, in the way it was normal for an ancient Greek or Celt to honor their Gods and ancestors – it was something everyone did.

Paganism is open to everyone and I want to keep it that way. Individual traditions have their own criteria for membership and some are better suited for ordinary people than others, but if you want to be a Pagan there’s a place for you somewhere in Paganism. It is entirely possible that some day being a Pagan will be a perfectly normal thing. 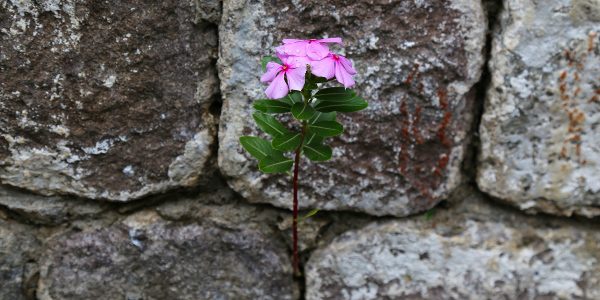 We guard our secrets closely, because we know normal people have no context for them and will assume they’re fantasies, delusions, or lies.

We have dreams we dare not share even with our fellow Pagans for fear of being called egotistical, power hungry, or dictatorial.

We live in constant tension between our Gods’ urgent demands and our need to function in the normal world.

These things are not normal. They will never be normal. They exist in other religions, but they aren’t normal there either… though some religions do a better job of making room for them than others.

Are we born to this or do we choose it? I was born with the ability for it, but whether that ability is present in all of us, most of us, or only some of us I cannot say. I can say I was called to it, first called by the Forest God and by the Earth Herself, and later called by Others. I avoided the call because I wanted to be normal.

Our mainstream society has no patience with those of us who are are not normal and who do not-normal things.

But some of us hunger for deep communion with our Gods and ancestors. We yearn for a Pagan way of living and being in the world. Our prayers and offerings have shown us the ways of the Gods, and we have no more time for trivial things. We have seen beyond the Veil, and that which has been seen can never be unseen.

If we were ever normal, we are normal no more. To try to be normal is to deny our very souls.

And we will say farewell to normalcy, because we refuse to live a lie. 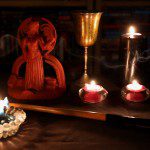 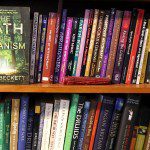 June 18, 2017 Paganism and the Primacy of the Written Word
Recent Comments
0 | Leave a Comment
"I view the people who refuse to get vaccinated "just because" (as opposed to legitimate ..."
Brent Dannells Vaccines and Seat Belts: Playing the ..."
"Regarding the hazards - developing relationships with cowalkers/guides is highly recommended"
Amergin Ó Kai Paying Attention to Changes Between the ..."
"Nothing bothers me more than the friend who says they respect my choice in religion ..."
GaryK To Those Proselytizing Out Of Love: ..."
"I just got my first dose on the 6th, I took whatever one the state ..."
Nichole Cardillo Vaccines and Seat Belts: Playing the ..."
Browse Our Archives
get the latest from
John Beckett
Sign up for our newsletter
POPULAR AT PATHEOS Pagan
1