“Everyone should discover, by experience of every kind, the extent and intention of his own sexual Universe. He must be taught that all roads are equally royal, and that the only question for him is ‘Which road is mine?’ All details are equally likely to be of the essence of his personal plan, all equally ‘right’ in themselves, his own choice of the one as correct as, and independent of, his neighbour’s preference for the other. He must not be ashamed or afraid of being homosexual if he happens to be so at heart; he must not attempt to violate his own true nature because public opinion, or mediaeval morality, or religious prejudice would wish he were otherwise.”

-Aleister Crowley
Commentary to The Book of the Law I:51

I strongly believe that witchcraft is an orientation and I often compare it to being homosexual. Being both a gay man and a witch, I see a lot of intersectionality and similarities between the two. Both are “queer”. Both are “other” in regards to what is expected and accepted within society. Both go through their stages of discovery: Hiding who you are, accepting who you are and public identification. Though we’ve made leaps and bounds in the acceptance of both witchcraft and LGBTQIA identity, both have a long way to go in the larger scheme of progress, rights and respect. While I can only speak from the experience of a gay cisgender man and can never know the trials of being trans from a first-hand account, I believe that this would apply similarly.

Within most witchcraft traditions this concept of witchcraft as an orientation is called “witch blood.” This is the idea that there’s something different in witches than other non-witch people. The term “witch blood” is mythopoetic; it has nothing to do with genetic supremacy or pure bloodlines, though some have sadly interpreted it as such in their ignorance. The concept relates to the idea that witchcraft is such a part of who we are that it’s in our blood, in our DNA, in our composition of self. As such we cannot suppress it and live a full life. Just as an artist would have art running through their veins, so too does the witch have magick running through theirs. To deny an artist the ability to create art would damage the soul of the artist, just as denying magick to the witch would do the same. There would be a hole in their soul due to denying their nature.

This isn’t a choice, it’s a nature. In fact, there’s an older saying in witchcraft that if you say that you used to be a witch, you never were one to begin with, because it isn’t something you can choose to be or choose not to be. Likewise, being queer is something that we just are. It can be a choice and that should be viewed as acceptable, but I would argue it’s a choice of being true to yourself or not, not a preferential choice.

Most of us who are witches had a natural draw to magick and witchcraft at a very young age. Something compels us. It’s an intrinsic part of who we are, even before we understand what it is or have a frame of reference for it. At a very young age I was making concoctions in the garden of various flowers and muds and twigs and calling it my potions. I would speak to the wind and to the shadow people that would dance across my walls at night. I would cast spells and pretend I was a wizard, running through my grandfather’s forest opening magickal portals for my imaginary friends to come through and play. I was raised Christian but felt a disconnection to the God of the church, though I yearned for that spiritual connection.

But I had no frame of reference for it. That is, until I had stayed up late one night and watched the movie The Craft with the amazing Fairuza Balk. Part of me felt uncomfortable because of my Christian upbringing, but another part of me felt excited and liberated at the possibility of there being real witches and at the chance of witchcraft being a real practice—despite the movie being fictional.

Likewise, I had very similar experiences with being a gay child. At the age of about four years old I would introduce myself as “Mat, the gentle boy” and would often declare to strangers that I was “very sensitive” in a matter-of-fact manner. My mother has no idea where I picked up these phrases, but thought that it was adorable. I was never interested in the toys or activities marketed for “boys” but rather wanted to spend my time with my female friends playing with treasure trolls, Barbies and My Little Ponies. As I grew older, I found myself uninterested in my female companions other than as friends but would find myself having crushes on boys and men. As I was nearing puberty, I found myself sexually attracted to men but didn’t really have a frame of reference for it. It wasn’t until I saw gay men on television that I had the same exact feelings as I did watching The Craft — this flood of fear and discomfort as well as excitement and the realization of identity.

This led to exploration, experimentation and having to come to terms with who I was both as a witch and a gay man. I found myself as a young preteen fantasizing about the models in men’s underwear catalogues and dreaming about being kissed by the men during romance scenes in movies and television shows. I tried to fight it off. I tried to pray it away. I tried to fantasize about women. I tried my hardest to be what I wasn’t but to no avail.

The same was equally true for witchcraft. I tried so hard to focus on Christianity, and even began studying it intensely, but it didn’t feel right. It didn’t have the strong draw that I felt from watching the young women chant their spells in The Craft with candles and herbs. As an elementary school child, I scoured my school library for anything and everything that dealt with the paranormal, especially witches and magick. Of course most of it was fiction, except for one book, which I believe was put out by Time Magazine on witches. Most of it was legend and lore and fantasy. But in one small section it had a piece on modern witchcraft. I read up on it. I learned about Wicca and read that there were people who viewed witchcraft as a religion, and this started an unquenchable thirst to learn about it that still to this day has not been satiated.

After coming to terms with being gay and interested in witchcraft to a certain degree, I found myself in closets. I was in both the gay closet and the broom closet. I saved my allowance and bought Teen Witch by Silver Ravenwolf. I hid the book between my mattresses as some boys do with pornography. I bought, stole and traded things for my magickal supplies for a makeshift little altar that I could assemble and disassemble in secret. While controversial, Silver Ravenwolf’s books, particularly Teen Witch, were instrumental to my path. It is through that book and others by Ravenwolf that I found my connection to the divine again and began practicing magick in secret.

My biggest fear with being in the closet (with my orientation and interest in magick) was being “weird.” I hated the word, and it struck a nerve with me. Those who couldn’t put into words what was different with me would call me weird, different and strange. Initially, I desperately wanted to fit in. Now I know that weird is an absolutely magickal word. The word weird comes from wyrd, and refers to the ability to control destiny like the Fates who were known as the Wyrd. Weird was used to describe those with magickal powers like the Weird Sisters of MacBeth, who were witches. Weird came to be associated with the supernatural because of this. This led to the word being used for those who were different, who didn’t fit what was expected or normal or natural.

Learning to embrace our weirdness and our differences is a highly spiritual process of transformation. The transformative qualities of weirdness come from knowing and embracing ourselves despite what does or doesn’t fit societal views on what is normal or acceptable. Knowing yourself and accepting yourself is the first step to knowing and accepting your True Will. The concept of weirdness can be used in a disempowering way by those who place it on us as a form of societal or behavioral control. But when one declares oneself weird and embraces it, it’s a form of liberation, acceptance and love of self despite what others think or expect.

By allowing your weirdness to cause you discomfort, you are allowing society to have power over you. By accepting that you may be different and that there’s nothing wrong with that, you liberate yourself. When you identify with the word with pride, you diffuse the negative charge of the word and don’t allow their societal norms to have power over you.

The word “weird” used here can obviously be replaced with the word “queer,” which was initially used as a disempowering slur but reclaimed by our community as badge worn with pride for the exact same reasons.  The word “witch” is also a word we must reclaim. The word is so heavily charged with bias that it absolutely must regain its pride and power despite discomfort others may feel from it. We are queer. We are witches. We are different. We are the Other. We do not always fit in. We don’t need to fit in. We were born this weird, and it’s a very beautiful thing.

This is where coming out comes into play. Coming out as both a queer person and as a witch is not only an act of extreme bravery, it is an initiation in itself. We must be visible for those younger generations who are trying to discover who they are. We must be equally proud and open about being queer as we are about a witch. By being self-sovereign, visible and proud of who we are, despite threats, harassment and rejection by patriarchal Christian het-cis society, we are slowly dismantling the power of the Patriarchy brick by brick and using those bricks to pave a path for those coming after us.

[Note: This piece originally appeared in Arcane Perfection, a collection of essays, poetry, art, rage, love, rituals, spells, and musings by, for, and about Queer, Trans, and Intersex Witches. The book is also available in kindle format. As the writer I own this submission and have full permission to reprint or use it wherever or in whatever manner I choose.] 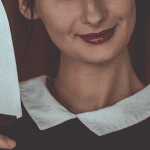 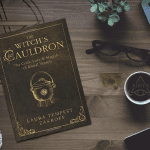