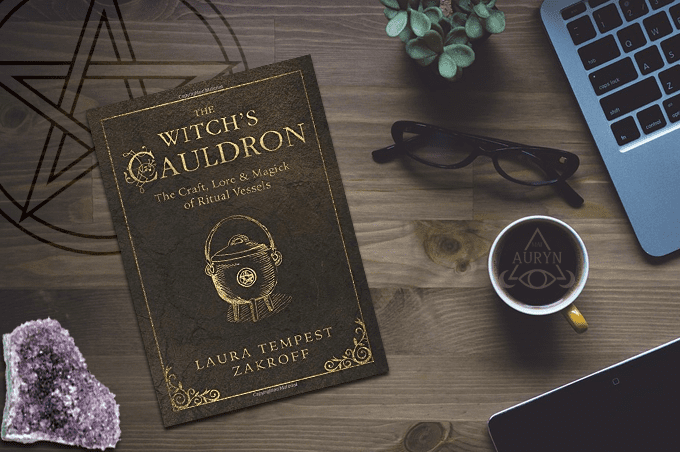 Aside from a broom and a pointed hat, the most common icon associated with witchcraft universally is the cauldron. While there’s various teachings, lore and uses for the cauldron in witchcraft, no book is as complete on the subject as Laura Tempest Zakroff’s The Witch’s Cauldron: The Craft, Lore & Magick of Ritual Vessels.

Tempest lays out the basics of a cauldron, exploring the definition of what makes a cauldron and the traditional symbolism of the cauldron itself. I also have to applaud her for mentioning the traditional feminine symbolism of the cauldron while also being conscientious of not limiting things to strict gender-binary. She writes, “There’s a lot more to the cauldron than anatomical references, and it should be a comfortable tool for anyone to use.” She then categorizes the cauldron into nine primary uses, that of container, maker, transformer, purifier, gateway, maker, drum, divination and rebirth.

She provides a fascinating look at the cauldron in human history and its role in civilization. She then dives into the history, mythology and folklore of the cauldron in pagan cultures and within witchcraft. She supplies great ideas on how to work with your cauldron in alignment with the moon phases and with the Wheel of the Year. Various shapes and metals which cauldrons are typically made out of are also examined along with the magickal properties associated with them.

The majority of the book is about using your cauldrons for magick with fantastic techniques, rituals, recipes and spells regarding those nine categories of uses mentioned earlier in the book. Tempest ensures that you’ll learn how to use your cauldron in a diverse amount of ways so that you to get the most out of your cauldron and it becomes a powerful tool in your craft. She also explores the inner mysteries of the cauldron discussing the three Cauldrons of Poesy of Irish bardic poetry, the mysteries of the Cauldron Born and provides lots of great cauldron-oriented meditations.

My favorite part of the book is the highly innovative chapter entitled “Thinking Outside of the Cauldron”, where she examines “modern cauldrons” that we may not think of as cauldrons at all, from crockpots to tea kettles to bathtubs. I learned a lot from this book. I left the book realizing that my cauldron is the equivalent of a swiss army knife, with more uses than I had previously been using it for. I highly recommend this book to anyone who wants to deepen their understanding of the cauldron and bring diversity in their personal magickal practice with it. This is a fantastic first book by the author and I eagerly look forward to more. 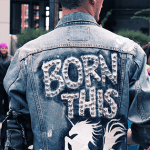 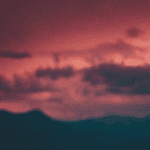 June 11, 2017 Ethics of The Psychic Witch
Recent Comments
0 | Leave a Comment
Browse Our Archives
get the latest from
For Puck's Sake
Sign up for our newsletter
POPULAR AT PATHEOS Pagan
1

Autumn Is Coming, And Too Many...
Tea Addicted Witch
Related posts from For Puck's Sake

Pagan
Review: A Kitchen Witch’s Guide to Recipes for...
For Puck’s Sake