Differentiation is Good, Arrogance is Not

So it appears the Pagan community is on the verge of another great theological kerfuffle.

John Halstead wrote Literal Gods Are for the Literal Minded. I actually agreed with much of that post, but I responded with Knowing the Gods Are Real is Not What Makes Them Real. Jason Mankey wrote Magick & Deity are Two of the Foundations of Modern Paganism.

Meanwhile, in Witch, You Do You Mat Auryn advocated “do what thou Will shall be the whole of the law” and Phoenix LeFae argued for the primacy of action in No One Cares What You Think.

I enjoy good, robust Pagan theological and philosophical debate. In my very first post back in 2008, I said

I’m starting this blog because I need to work through some spiritual issues, and if I’m having these issues, probably someone else is too. I hope to attract some comments and questions that will help point me in the right direction. The end result will be a deeper, more consistent, more meaningful religious theory and practice. 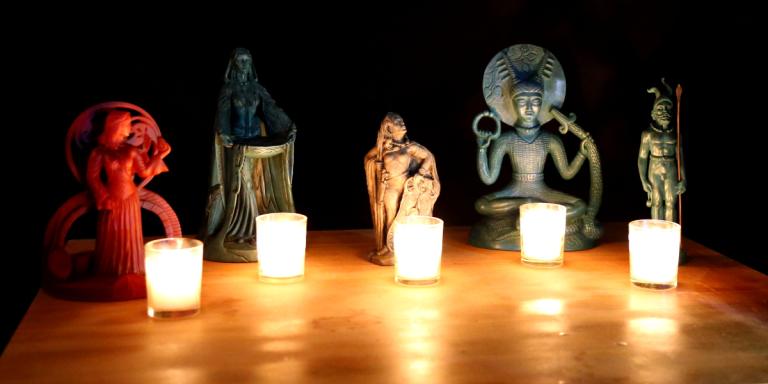 I saw the quote below in a Facebook comment. I’m paraphrasing, in part because I don’t want to call out any one person, and in part because I’ve heard many people express this idea in similar ways.

I don’t understand what everyone is arguing about. It’s all God. All these masks are our own way to connect to the Great Mystery that is God. If you don’t like one, try another.

This is an argument for soft polytheism… or depending on the way it’s practiced, perhaps for a mystical monotheism. Those are perfectly valid viewpoints, but saying “I don’t understand what everyone is arguing about” assumes it’s a foundational belief for everyone. It’s not.

Deep down we’re not all the same. Deep down we’re all different, and we have a sacred obligation to treat each other with dignity and respect anyway. The belief that the Gods are real, distinct, individual beings is not the same thing as the belief that “it’s all God.” We don’t have to agree on our theology. We don’t have to worship together to respect each other and to work together where we have common cause, any more than Pagans have to agree with Presbyterians to sit down to dinner with them and work together for immigration reform.

Our beliefs lead to our actions

I’m very sympathetic to those who emphasize orthopraxy over orthodoxy. I am a Unitarian Universalist, a religious movement that likes to preach “deeds not creeds.” But it is easy to forget that our actions flow from our beliefs.

I believe the many Gods call many people to worship them in many ways, so I judge other peoples’ religion by how it inspires them to live, not by how closely it matches mine. I serve Gods who are busy in this world with activities that will take many human lifetimes to complete, so I am willing to participate I things that I will never see finished.

This works both ways. I know some polytheists who believe the Gods are particular, demanding, and eager to punish transgressions. They tend to be rather pedantic about their practices, and not in a nice way.

Of course, our experiences lead to our beliefs – perhaps these folks have experiences that led them to assume the Gods are especially demanding. My experiences have been rather different… though not so different to dismiss them completely.

Our beliefs matter, because our beliefs lead to our actions. 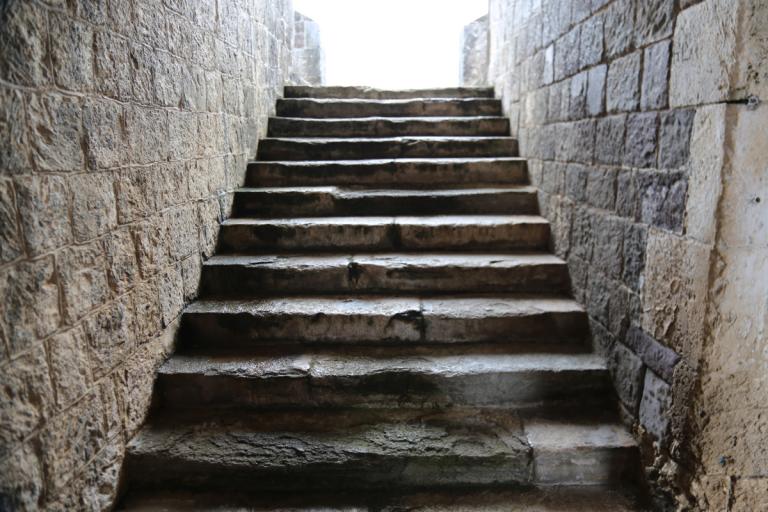 Exploring our different beliefs is a good thing

The Facebook commenter who says “it’s all God” does not believe the same thing as a polytheist who says “the Gods are many distinct individuals.” So what are we going to do about that?

Pretending it’s all the same washes out beliefs and practices that are deeply meaningful and forces us to some shallow least common denominator of religion. If you want shallow generic religion that’s your business, but I don’t. And neither do many of the readers of this blog. We may not agree on everything, but we want to explore and practice deeply.

This is how I explore my devotional polytheism. It’s not the only way or even the best way, but it’s the way that works for me. I follow my Gods and ancestors where they lead me and I don’t worry about trying to reconcile it to anyone else’s beliefs. But if I can make my practice better, I want to do that.

In matters of religious truth, ultimately we don’t know and we can’t know. But that doesn’t mean every answer is a right answer. Some beliefs are more likely than others, and some beliefs are more helpful than others. To cite an obvious example, the beliefs of Daesh are highly unlikely to be true even from an Islamic viewpoint, and they are most definitely not helpful.

None of us are approaching that level of religious stupidity. But if we never question our beliefs, if we never examine them, how do we know if they’re as good as they can be?

When someone challenges our beliefs, we’re forced to look deeper. Screaming “you can’t tell me what to believe!” closes our ears and our minds. Examine their arguments – does it make sense? Do you need to change part of your beliefs? Perhaps they’re misunderstanding something, and in preparing a response you learn how to better articulate your religion. Or perhaps they’re all wrong and you can help them refine their beliefs.

If you don’t want to debate, you don’t have to. Just ignore the conversations. But respectful debate helps us refine our growing religions, and I intend to participate.

But there has to be common ground

If a Christian tells me “if you’re not worshipping Jesus, you’re worshipping the devil” there’s no point in debating him. I can point out the historical inaccuracy of his statement, and I can point out where most actual devil worship comes from. But all I’ve done is make a statement for the record – I haven’t changed his mind, and he certainly hasn’t changed mine. A debate has to have common ground or we end up talking past each other.

Do those who say “it’s all God” have common ground with me? If we’re talking about roadside trash pickup, of course. Polytheists, monotheists, pantheists, atheists – we all have an interest in caring for the Earth. If we’re talking about how to celebrate Beltane, sure. There is no creedal test to dance the Maypole.

I have been a member of Denton CUUPS for 14 years, and although I am stepping aside from leadership later this year, I intend to continue being an active member. I will gladly and joyfully stand in public circles with hard polytheists, soft polytheists, pantheists, non-theists, and anyone else who comes in good will. When asked, I will take active parts in rituals built on foundations different from my own. There is a time for coming together despite our differences.

But as important as that is, it’s not all that’s important. It’s also important to work closely with other polytheists, to come to a deeper and more intimate relationship with a handful of Gods and other spirits, and to build a solid philosophical and theological foundation for those who come after me.

Our respectful theological debates will not lead to some grand Pagan orthodoxy. Rather, they will lead to differentiation: the process by which those of us with similar beliefs form new groups and new traditions and practice them, well… religiously.

Differentiation is good, arrogance is not

The goals of respectful religious debate are clarity and helpfulness.

Clarity means we understand what we mean and what other people mean in our religious discourse. We do not use the inherent uncertainty of religious matters as an excuse for vague language and sloppy thinking.

Helpfulness means we refine our beliefs so as to refine our practices so as to live better lives, by whatever criteria we use for them. It means we do not cling to our beliefs as something that can never change, but rather constantly look to make them more right, or at least, less wrong.

Respectful means we debate issues and not people. If people are the issue (and in the wider Pagan community, sometimes they are) then we are no longer debating theology, but something else. Don’t confuse the two.

Respectful means we recognize our different foundational assumptions, and if we have no common ground we make the record clear and then disengage. We all have better things to do than to talk past each other.

Respectful means we don’t proselytize. We don’t attack people who aren’t interested in debating, and we don’t tell those in the midst of a deep theological discussion to shut up because it’s not important.

I hope we’re not about to start another shouting match. But I really hope some of us are about to embark on a respectful exploration of Gods and spirits and what it means to be in relationship with them. 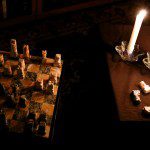 June 4, 2017
Playing the Grand Game When You’re Not A Great Power
Next Post 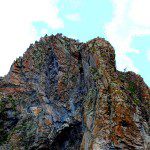