This Isn’t the Kobayashi Maru: When You Have to Break a Geas

In the Star Trek universe, the Kobayashi Maru is a test at Starfleet Academy. In it, the cadet is placed in a command simulation in a no-win situation. It is designed not to test how the cadet solves problems, but how they respond to stress. It is a test of character and composure.

For the non-geek readers of this blog, there was one cadet who defeated the Kobayashi Maru: James T. Kirk. Kirk reprogrammed the testing computers so it was possible to win. When challenged on it, he said he didn’t believe in no-win situations.

Those of us who carry geasa, taboos, and other religious obligations and prohibitions can sometimes find ourselves in situations that feel like the Kobayashi Maru. Sometimes multiple geasa can be in conflict. Sometimes keeping a geas means violating an ethical principle. Sometimes it places a great burden on ourselves or on those close to us.

But this is not the Kobayashi Maru. There is no testing computer to reprogram. The damage done is not simulated. No-win situations aren’t fair, but they exist, and we need to be prepared for them. 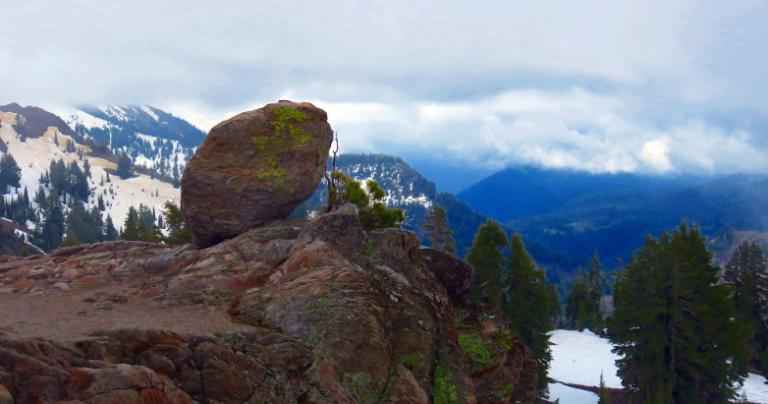 What is a geas?

Geas (sometimes spelled geis or géis, plural geasa) is an Irish word meaning “religious prohibition.” A geas can come from many sources, but most often it is placed upon a person by a God or by a spiritually powerful person. The ultimate purpose of a geas is often mysterious. Is it to keep them away from danger so they can fulfill a later purpose? Is it to lift their reputation as a virtuous person? Or is it to doom them to an early death? Geasa are rarely explained.

The great hero Cú Chulainn had two geasa: one to never refuse hospitality when offered, and another to never eat dog meat. So when an old woman offered him a piece of the dog she was cooking, he was in a no-win situation. He ate the dog and lost strength on one side of his body. This weakened him to the point he was finally defeated in combat and killed.

I carry two geasa, both placed on me by deities I serve. They are relatively minor. They are not secret, but I do not discuss them on-line. In person I’m fairly open about one, but I think only two people know the other.

Make sure it’s really a geas

I was recently contacted by someone asking for advice about breaking a geas. After reflection, they determined that the obligation they had was neither a geas placed upon them nor a vow freely made, but a badge they wished to wear. It was a self-imposed restriction to tell themselves and others “how special and awesome I am” (an exact quote – used with permission).

Recognizing the source of that obligation was a good step forward. It is not having a geas but living virtuously – with or without a geas – that makes a person special and awesome.

Geasa may be placed on you in a dramatic and straightforward fashion, or you may come into them more subtly. Some come along with initiations and formal relationships with certain Gods and spirits. Some are placed on an entire family or tribe. Figuring out if you have a geas requires understanding your heritage and your tradition. Oftentimes it requires divination. And sometimes, as in the example above, it requires knowing yourself. 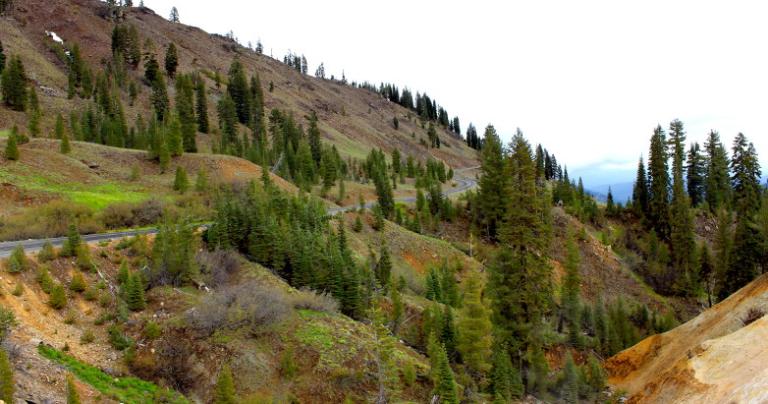 Do you really have to break it?

If you have a geas against eating a particular food or foods, it is unlikely you will ever have to break it. You may have to skip some tasty looking dishes, and in certain circumstances you may end up with a rather meager meal. But the worst problem you’re likely to have is telling a host “I’m sorry, my religion doesn’t permit me to eat that.” Most people understand that. Those that push are rude and you don’t owe them a further explanation.

On the other hand, food prohibitions are easy to break unintentionally: ingredients aren’t always fully disclosed. Commercial food suppliers are required by law to disclose ingredients – your aunt who makes those wonderful stews and pies isn’t.

“I didn’t know what I was eating” isn’t an acceptable excuse.

Vegans abstain from all animal products. Devout Muslims pray five times every day, regardless of what else is going on. Amish fashion choices are extremely limited. I would not call any of these obligations geasa, but they are all examples of how religious obligations are fulfilled day in and day out by ordinary people.

Think hard. You may be inconvenienced or you may stand out more than you’d prefer, but you probably don’t have to break your geas.

Take a lesson from our friends the Fair Folk – are there creative ways you can fulfill your geas? The idea that you must always fulfill the spirit of an obligation and not simply its letter is not universally shared… and not just by the Good Neighbors.

If you have a geas to always offer hospitality to anyone who asks and a Nazi knocks on your door, just how far are you required to go? If a Nazi is starving I’ll find something for him to eat, but I’m not offering him a prime cut of the roast beast.

If you’re forbidden to wear a hat and it’s going to be dangerously cold, can you wear a hood?

Just make sure you stay on the right side of the fine print. If in doubt, consult a qualified diviner. 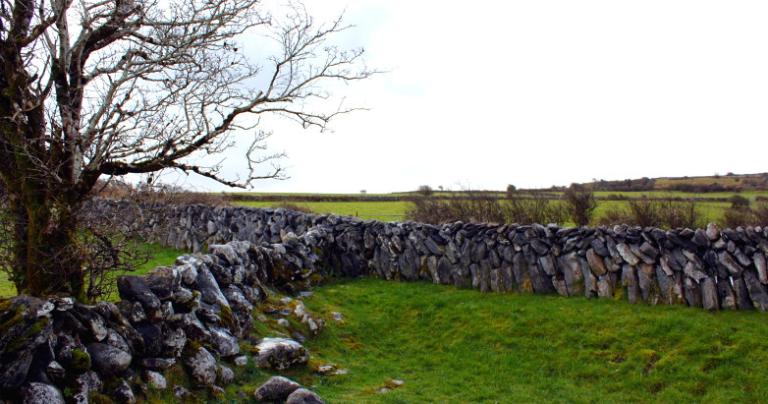 Can you negotiate a temporary exception?

So you’ve pored over the situation for days. It really is a geas, you really do have to break it, and there are no loopholes that provide a workable exception. Now what?

Perhaps the person who created the geas (and here I use “person” in the animistic sense, which includes God persons and spirit persons as well as human persons) has an interest in whatever it is you need to do that would require breaking the geas. Perhaps they would temporarily suspend the geas, under certain circumstances or with certain conditions. You won’t know unless you ask.

Do not presume a favorable response. You must ask, and you must receive an affirmative answer. If the person in question isn’t a human person, that means divination is required.

Even if the person who gave you the geas wants to make an exception, they may not be able to. Geasa are magical operations, and once started they can take on a life of their own.

Still no luck? Then do the best you can to smooth things over.

Before the act that will break the geas, make propitiatory offerings – and don’t skimp on the quality or the quantity. Afterwards, make additional offerings and perform rites of purification appropriate for your tradition and your circumstances.

If you aren’t sure what’s appropriate, consult a qualified diviner or a priest of your tradition. Much of the knowledge and technology around geasa and other religious prohibitions has been lost over the centuries of Christian domination. We’re rebuilding it, but that’s a slow process. Few ordinary practitioners understand these things, and even priests may need to refer you to other priests. But it’s better to spend the time (and if necessary, money) to get it right than to guess about a sacred obligation and get it wrong.

Most geasa do not carry the death penalty – mine do not. But what it takes to make things right if I break them is far more expensive (in many ways) than keeping them, so there is never a temptation to try to buy my way around them. Still, if I do, it is possible to make amends.

When Cú Chulainn ate the dog meat and broke his geas, he was critically weakened. But he still went into battle as his honor demanded. When his wounds became too great, he tied himself to a standing stone facing the enemy, so he could die on his feet with his sword in his hand. He was killed, but his stories are told to this very day.

The consequences of breaking some geasa are severe even if they don’t involve death. Sometimes the measure of a person is found not in clever strategies to win, but in living honorably and virtuously in defeat.

We began this post with a story about one Star Trek captain. I’d like to close it with a quote from another: Jean-Luc Picard. He said:

“It is possible to commit no mistakes and still lose. That is not a weakness; that is life.” 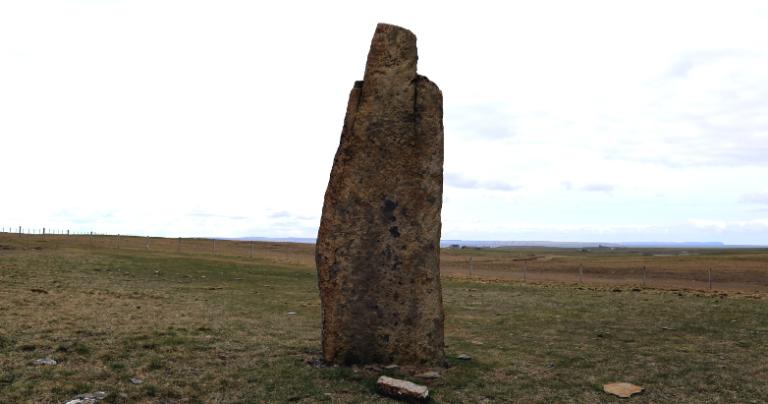 My thanks to Anomalous Thracian, who read the first draft of this post and made several recommendations to remove errors and expound on helpful points. Any remaining errors or weaknesses are my responsibility and not his. 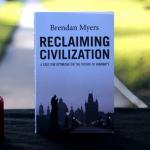 October 26, 2017
Reclaiming Civilization: A Case For Optimism For The Future Of Humanity
Next Post 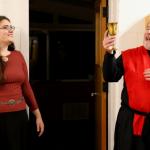