Reclaiming Civilization: A Case For Optimism For The Future Of Humanity

Reclaiming Civilization: A Case For Optimism For The Future Of Humanity
by Brendan Myers
published by Moon Books, August 2017
336 pages
trade paperback: $23.95, e-book: $9.99

What is civilization and how did it begin? What’s wrong with it? And what can we do to fix it?

These are the questions Druid and philosopher Brendan Myers contemplates in his new book Reclaiming Civilization. As with all of Brendan’s books (that I’ve read, anyway), Reclaiming Civilization explores deep topics in an accessible manner. There’s no philosophy jargon and references to famous philosophers include enough context for ordinary readers to understand why they’re being quoted.

I usually close book reviews by asking the question “who should read this book?” In this case, I think it’s best to start the review with that question. While Reclaiming Civilization is easy to read, it deals with complicated issues in an honest manner.

If you want a detailed plan to overcome political polarization and build a new and better world, you’re going to be disappointed. But you’ll be better informed when you make your own plans. 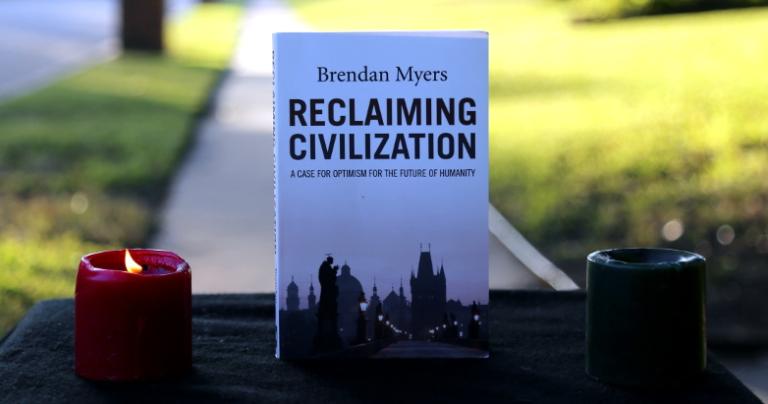 In elementary school we’re taught that civilization means “living in cities.” But it’s really more complicated than that. Over the years various social scientists have come up with various checklists to determine if a particular society is “civilized” or not. These checklists have frequently been filled with cultural biases and inaccurate assumptions, particularly about what actually goes on in indigenous societies.

Civilization … is the capacity and the will to farm the land, to tame the animals, to shelter from the storm, and generally master the earth.

Civilization began around the hearth, a statement that will be familiar to many Pagans and polytheists. From there it was a short step to building houses, with whatever materials were readily available.

But that’s just a start. It’s another short step from building walls for houses to building what Myers calls the Ancient Great Wall. That may not be a physical wall, though frequently it was. Its purpose was and is to “separate the in-group from the out-group,” something we’ve been hearing about a lot over the past year or two…

Civilization is also about reason, order, and laws. Myers quotes the Code of Hammurabi:

The whole point of the code is: ‘to bring about the rule of righteousness in the land, to destroy the wicked and the evil-doers; so that the strong should not harm the weak…’ and also ‘to give the protection of right to the land’ and bring about ‘the well-being of the oppressed’.

This requires the tradeoff of civilization. Everyone gives up a bit of freedom (mainly “freedom” they would never use anyway, such as the freedom to kill and steal) in exchange for a more orderly and secure society. There has never been a truly “voluntary” society – every society (including those we would not call civilized) enforces conformity with laws and norms to one degree or another.

This is the most informative section of the book. It presents and critiques numerous ideas about civilization. It does not come to a definitive answer, but it leaves the reader with a much deeper understanding of how and why our societies are arranged the way they are.

We do not need to be told that civilization is failing many people. Whether your politics are liberal, conservative, or anything else, it is evident there are people living in poverty, killed in wars, oppressed by governments and criminals and the rich, and otherwise unable to live a good life.

To explore this question, Myers conducts a thought experiment. He takes a group of hypothetical people from a hunter-gatherer society through all the steps necessary to become civilized. There are assumptions, of course – they’re stated up front. The experiment isn’t perfect – it would be better if it was programmed into a supercomputer and run in simulation about a million times. But it’s reasonable, and it allows readers to follow the process and see where civilization has done well, and where it hasn’t.

The core driver for civilization and all the advancements it’s brought is cooperation.

The only successful strategy, the only response where more people meet more of their survival needs more of the time, is for everyone to become co-operative people.

Some people are naturally cooperative. Some are aggressive and prefer to take what they can from whoever they can. And some are what Myers call “cunning” – they pretend to cooperate but take more than they contribute – some are “freeloaders” and some are out and out thieves.

Time has shown that while aggressive people and cunning people can win in the short run, civilization advances through cooperation. It is cooperation that led to the most important invention in the history of humanity: agriculture. Generating reliable surpluses of food allowed people to specialize in activities other than hunting or gathering.

The problem of civilization, according to Myers, is that it also generates illusions. The most important illusion is the idea of “higher and lower” men and its corollary, the illusion of the virtuous prince. Some are born to rule, while others are born to be ruled. Civilization allows some to become powerful and to tell false but convincing stories about their superiority.

Other illusions include the devious enemy, the self-made man, humanity’s dominance over the earth, and the illusion of no alternative, which insists there is one and only one solution to any problem, no matter how many are harmed in the process.

The civilizing forces, as they shape our basic natures, also craft illusions to insulate us from nihilism and despair: but at the cost of the preservation of human suffering…

This is the most enlightening section of the book. I’m so used to politicians and commentators pushing their agendas as the one true way. Myers does an excellent job of explaining our problems not in political terms but in philosophical ones – how our thinking has led us to build civilizations that fail so many people. 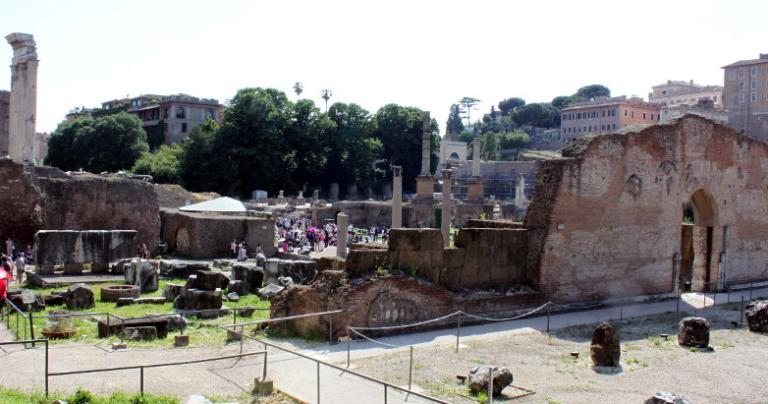 How can civilization be fixed?

This is the weakest section of the book. Which, I suppose, is to be expected. Figuring out what’s wrong is easy – fixing it is not.

Rather than listing Myers’ arguments in his words, I want to tell you how I heard them:

I’m pretty much in agreement with all those points, but they don’t make me feel particularly optimistic. I might feel better if I was reading this book in 2015 instead of 2017: before Brexit, before Trump, and before the xenophobic nationalists that have been emboldened by Trump. And while I do not think Western civilization is anywhere near collapse, we are clearly at the beginning of a long decline.

In between the main sections of the book, Myers has “interludes” that discuss the process by which this book was written, much of which was done while he was house-sitting for friends in the Bohemia region of the Czech Republic. Here he explored the ages-old philosophical question of what makes a good life. According to Myers, that is:

the oldest human drama by which we human beings share friendship and love: music and jokes and stories performed; food cooked on a fire in the centre of the circle, and shared out to all; a dog running about; a child asleep on a chair nearby; the round dark hills looming in the middle distances; curtains of clouds coming and going, and the stars above them.

But the structures and institutions required to provide the level of security and services Myers recommends (a recommendation I support) are antithetical to the type of close-knit societies that facilitate these beautiful communal experiences. One requires centralization and bureaucracy, the other requires localization and face-to-face interdependence.

Ever and always, civilization requires tradeoffs.

I am greatly oversimplifying the situation: this is not a binary choice between socialism and libertarianism or between urban and rural living. Our situation is complicated and there are many possible solutions, some of which are better than others and none of which will be perfect.

But this section of the book has a disconnect between the desired end state and the recommended path to get there.

I’ve already said who should read this book. Now I want to make a plea for you to read Reclaiming Civilization. Not because Brendan Myers is a friend and I want him to sell a zillion copies (although I do), but because this book does a better job of explaining how we got into this mess than anything I’ve come across so far. Focusing on the philosophy involved instead of the politics allows for a detachment from the passions of political ideology. It shows us the foundations of civilization, its strengths, its weaknesses, and especially its illusions.

And I think that’s pretty important.

For those who care about such things, I received a review copy of Reclaiming Civilization. And as I said above, Brendan Myers is a friend. But my first responsibility in a book review is to the reader, not the author. This book is not perfect and I have explained my concerns with its shortcomings. But if I thought it wasn’t worth your time and money, I’d conveniently forget to review it. 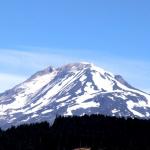 October 24, 2017
Pragmatism Is Necessary But Not Sufficient - A Pagan Interfaith Approach
Next Post 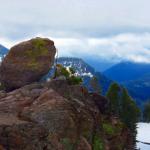