I’ve had more than my share of criticism from atheists lately. That’s fine. Answering their critiques helps me refine my own beliefs and the reasoning behind them.

Not all the atheists are arguing in good faith. Some of them are “sealioning” – constantly moving the bar and changing the subject to continue the argument, either because it gives them a juvenile sense of control or because they don’t want to admit a theistic viewpoint has merit. My patience with them is limited.

But in the debates it’s become apparent that there’s a misunderstanding about what constitutes facts and reason. It’s important to clear up these misunderstandings, not so we can win arguments with atheists (let’s be honest – that’s fun but it’s not very important) but so the Pagan beliefs and practices that are so important to us remain on a firm foundation of both experience and reason.

Fantasy is pleasant and enjoyable, and it can be inspiring. But it can only take us so far. Our deepest responses to the Big Questions of Life need to be grounded in reality. But the question of what constitutes reality is often confused by unstated materialist assumptions. 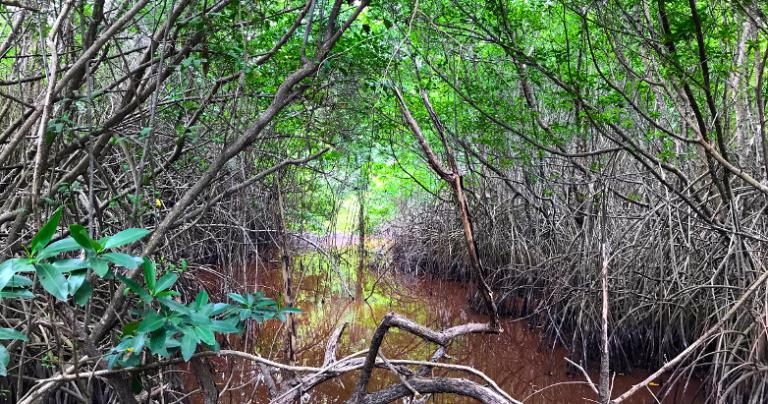 Materialism is not consumerism. Materialism is the philosophical assumption that all that exists is matter and the products of its interactions. It reduces human experiences of love and beauty to the interactions of brain chemistry. It assumes that Gods and spirits not only do not exist, they cannot exist.

Some scientists believe that quantum physics disproves materialism. I’m not sure it does, and in any case I’m very uncomfortable invoking quantum physics to “prove” anything. As a field of science, it’s still in its infancy. But whether it does or it doesn’t, materialism remains an assumption of science (or rather, of many scientists), not a finding of science.

So when someone says “there’s no way magic could work” what they’re really saying is “there’s no way magic could work in a materialist universe.” Magic could work by the intercession of Gods and spirits, but materialism refuses to consider that possibility. It says there is no evidence, but it excludes non-material evidence. All the times magic does work are dismissed as coincidences and confirmation bias, because the evidence points toward conclusions that invalidate their materialist assumptions and they refuse to question them.

That isn’t science – it’s claiming science proves something when it doesn’t.

Materialism need not lead to nihilism. Naturalists, humanists, and other non-theists take the assumptions of materialism and say “yes, and life is still beautiful and meaningful.” That’s a valid spiritual path, and for some, the only spiritual path they can embrace with integrity. But like all religious and philosophical paths it’s based on foundational assumptions that are ultimately unprovable.

Last June I saw a green glowing bird. It is something that many people say cannot exist, but there it was.

Let me be as precise and as non-presumptive as I can. I saw something that looked and acted like a bird. It was green, and it was glowing in a way that living, this-world creatures just don’t do. It was in a place where there are no native birds that are green, and it was with a large group of other birds that appeared to be of the same species, except they weren’t green.

The skeptical commenter “Guest” listed a variety of materialist explanations for this experience (and did so respectfully, which I appreciate). I described why each explanation didn’t fit, and why my Otherworldly explanation makes the most sense to me.

Too often we do this to ourselves. We have a religious or magical experience, we are unable to come up with a “proper” materialist explanation for it, and so we start to tell ourselves it wasn’t real. It didn’t really happen.

We gaslight ourselves. Or we stand by as other do it to us.

Our experiences are real. Let’s explore all possible interpretations, and if the facts lead us to an ordinary this-world explanation, so be it. Sometimes a mysterious light in the middle of the night is just a neighbor playing with a flashlight.

But sometimes it isn’t. 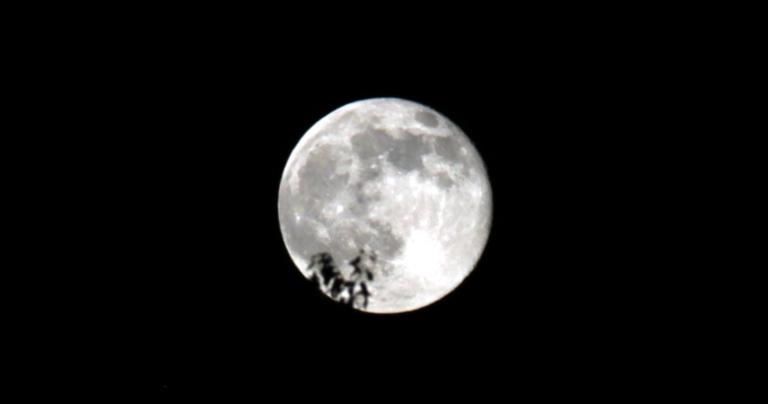 Reason is the proper attribution of cause and effect

Another recent complaint was that my arguments have no reason or reasoning in them. This complaint incorrectly conflates reason with materialism. Reason and reasoning are a process – materialism is an assumption.

My experience of the green glowing bird was the effect. What was the cause? I eliminated the skeptical explanations, for the reasons listed in that post and its comments. I considered reports of similar experiences from other people who I trust to relay them accurately. I considered the lore of our ancestors, who weren’t so caught up in looking “educated” and “sophisticated” as we are. I considered other, similar experiences of my own. That line of reasoning led me to conclude (tentatively, since we can never be sure about such things) that the Otherworld is bleeding over into this world.

I don’t expect everyone to agree with this reasoning. A skeptic can argue that one of the possibilities I rejected is a more likely cause. They might be right. But to argue that there is no reason in that assessment is to argue that reason and materialism are the same things, and they are not.

I can’t prove the Gods are real. I can prove that my life is better (more meaningful and less fearful, though certainly no easier) since I began this Pagan journey. It is a very reasonable (i.e. – properly connecting cause and effect) thing for me to be a Pagan, even if I can’t convince skeptics of the absolute truth of my beliefs and practices.

Reason is a process that does not belong to materialists.

The burden of proof is on the prosecutor

The American legal system is hardly a paragon of justice. But it does have some concepts that are useful in our religious debates.

In a criminal case, where someone’s life and liberty are at stake, the defendant is presumed innocent and the jury must be convinced of guilt beyond a reasonable doubt. In practice, the deck is heavily stacked against defendants, but that’s another rant for another time. In theory, though, unless the jury is absolutely convinced, the defendant must be acquitted. A criminal charge places a heavy burden of proof on the prosecutor.

If someone claims their religion – or lack thereof – is the One True Way, then they’re taking the role of prosecutor and they have that high burden of proof. If they’re asking someone to abandon beliefs and practices that are deeply meaningful, and in some cases reflect tribal identity dating back centuries (as with the world’s remaining indigenous religions), it’s up to them to provide convincing evidence why anyone should do that.

“My holy book says my God will send you into eternal torment when you die” is hardly proof beyond a reasonable doubt. “Your beliefs have no evidence (that I approve of)” isn’t either.

This is a Pagan blog, written for a Pagan audience – I’m not trying to convert anyone. I don’t have to prove a thing to atheists, or to fundamentalist monotheists. I won’t think less of anyone if they decide to read an atheist blog instead. I welcome honest questions, and if anyone thinks I’m missing something, I want them to point it out. I want to challenge my religion so I can make it as robust as it can be.

But if anyone expects me to change my beliefs, the burden of proof is on them, not on me. 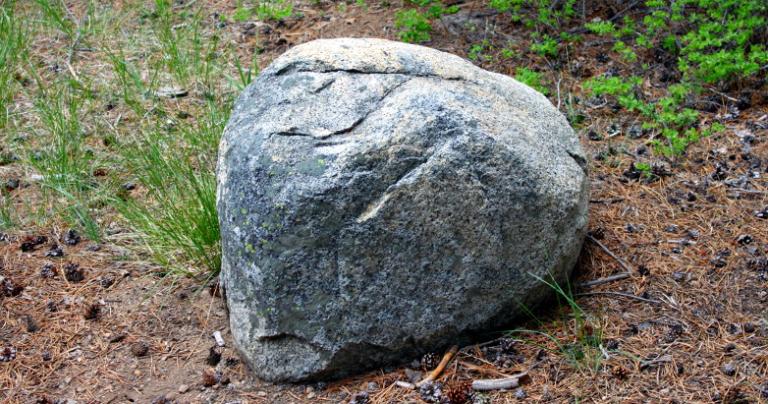 I have to laugh when I see people claiming there’s “no evidence” that magic works. If you want to see evidence for magic, then practice magic. Magic doesn’t work on belief, it works on action. Do the spells and you’ll get results.

You have to do the spells right. Waving a wand like a baboon brandishing a stick isn’t going to accomplish anything. And understand that magic doesn’t make things happen – it increases the odds that things will happen. It is possible to do everything right and still not get the result you expect. So working magic once or twice isn’t going to prove anything to anyone.

But over time, the results start to add up. Eventually these results are impossible to ignore – it’s easier to accept that magic is real than to continue with denials and rationalizations.

The same thing is true for first-hand experiences of Gods and spirits. Once might be a coincidence and twice might be self-delusion, but as experiences start to stack up, it gets harder and harder to come to any conclusion other than they’re as real as real can get.

And some experiences are so strong and so real that doubt isn’t even possible anymore. Gordon White calls this “becoming invincible.” I would use other words, but he’s right – at some point you simply can’t go back to materialist thinking.

You decide your standard of evidence, I’ll decide mine

We are not free to believe anything we like. Some things are demonstrably false. Others are so unlikely they’re not worth our time and effort. But in the realm of religion and spirituality, much is uncertain.

The choice of what religion to follow and how to follow it is deeply personal. Each of us must make our own decisions, and we must make them based on the standards of evidence that make sense to us.

And if someone really and truly believes their materialist assumptions? That is also a reasonable approach, and one I respect even if I don’t share it.

But facts and reason are not exclusive to materialism, and materialists should not be surprised when I develop and defend my beliefs and practices based on my experiences and my interpretations of them. 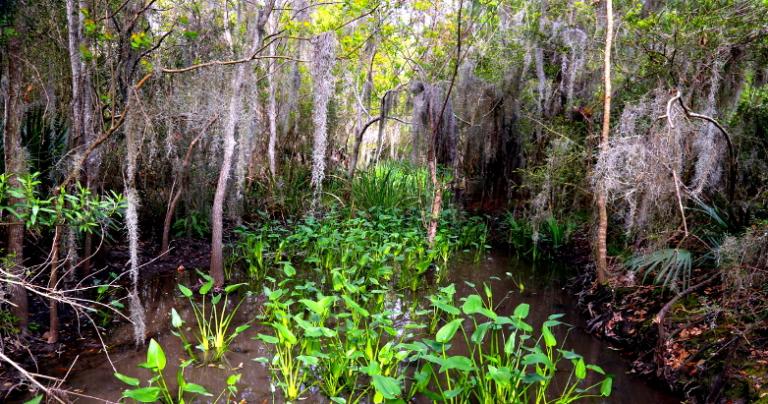 I welcome comments from all religious and spiritual perspectives, so long as they contribute to a polite and helpful conversation. Comments that include sarcasm, ridicule, religious proselytizing, or personal attacks will be deleted without warning. Feel free to defend materialism if you so choose, but comments that exhibit the kind of unreflective materialist assumptions described in this post (“you have no evidence!”) will be deleted with glee. 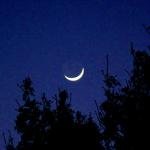 November 14, 2017
The Mead Tenders Who Weren’t There
Next Post 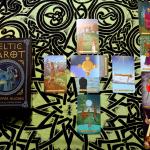 November 19, 2017 Celtic Tarot – A Review
Recent Comments
0 | Leave a Comment
"It may be that the unaddressed contradictions and hypocrisy of things like slavery and racism ..."
kenofken An American’s Thoughts on the Death ..."
"I’m not sure that a Pagan university would have to be tightly tied to religious ..."
kenofken Religiously Affiliated Colleges Need to Decide ..."
"I disagree that it has to be either-or.I’m from Belgium, and for historical reasons, a ..."
WanderingDruid Religiously Affiliated Colleges Need to Decide ..."
"I'm not sure I understand what is meant by "safety" in this passage. Is it ..."
the Bacchic philosopher Our Gods Are Not Safe
Browse Our Archives
Related posts from John Beckett