Cherish Your Normals: You Need Them (And They Need You)

Cherish Your Normals: You Need Them (And They Need You) February 8, 2018 John Beckett

Last week I had a conversation with a fellow Pagan priest who, like me, holds down a job in the corporate world. They were having some difficulties with members of their local group who were giving them a hard time about being “too normal.” It was intended to be good-natured kidding (we think) but it cut a little too deeply.

When I talk about the “Big Tent of Paganism” I usually mean making room for different religious and spiritual traditions and approaches: Wicca, Druidry, and Heathenry. Polytheism, Pantheism, and atheism. Nature-centered, Deity-centered, Self-centered, and Community-centered.

But the Big Tent also needs to be big enough to accommodate different personalities, lifestyles, and occupations. Our Paganism needs to have room for plumbers and accountants as well as for mystics and priests. 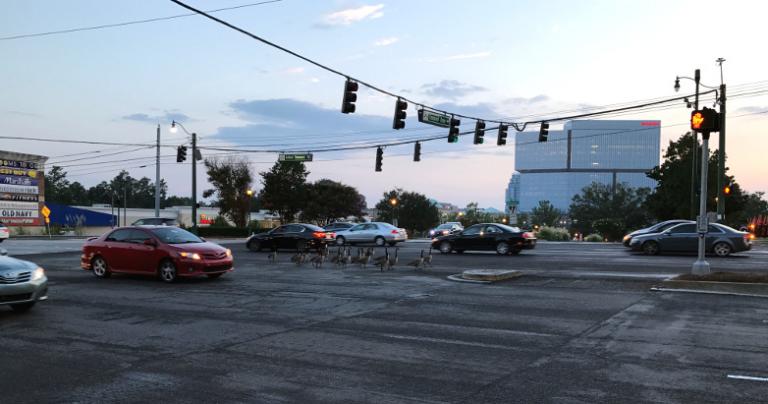 I’m going to share a bit of that conversation, edited lightly for clarity. The other participant prefers to remain anonymous, but they have given their permission to share this conversation.

Them: So I find it really interesting that all the people saying “JUST BE WEIRD” are all people who are significantly farther outside the mainstream than me, and in some cases people who have given me crap for it. It’s been really hard to get called names by people in my group who seem to resent my “normalcy.”

Me: I’m in the same position. I function quite well in the mainstream world. I don’t like it – it’s not who I am – but it’s a game and life is easier if you can figure out how to play the game well. A good society needs a healthy mixture of “normal” people who keep the lights on, and “weird” people who constantly challenge them to do better. Some of us manage to keep a foot in both worlds.

Them: I’ve gotten called a “sheltered snowflake” because I don’t consume certain media that bothers me. I got called a “delicate fucking flower” by someone this weekend because I don’t drink publicly, smoke marijuana, or drink coffee.

It’s hard when your “tribe” seems to like the work that I do, and the hours I put in to help them out and be there for them, but then they turn around and can’t seem to figure out how to relate to me outside of that context. I function well in the normal world, despite a number of things that make me pretty unusual. I do my best to function well in alternative spaces, but recently I’ve found them less welcoming.

Where does culture end and religion begin?

Mainstream America is currently having a debate on where Christianity ends and rightwing nationalistic politics begins. Too often they seem to be one and the same.

Modern Paganism has long been associated with liberal politics and the counterculture movement of the 1960s. Those are our roots (for most Pagan traditions, anyway) and we should honor them, or at least recognize them. That doesn’t mean we all have to continue in our “hippie heritage.” The 1960s – when Paganism began to take off – was a time of reaction against the repression of the 1950s. But the pendulum swung just as far in the other direction – we fixed some problems and created some different ones. Paganism is far more than the legacy of the 1960s.

Who do the Gods belong to? Who does Nature belong to? Who does magic belong to? These aren’t things you can own or control. They’re living entities that can enter into relationships with anyone they choose. We can – and should – debate the most appropriate and effective ways to express our devotion to what we hold sacred. But I do not believe the Morrigan gives a flip whether you make offerings to Her wearing tie-dye, black velvet, or khakis and a polo shirt.

Let’s build our Pagan culture around the virtues of hospitality and reciprocity, not around rejecting – or accepting – mainstream appearances. 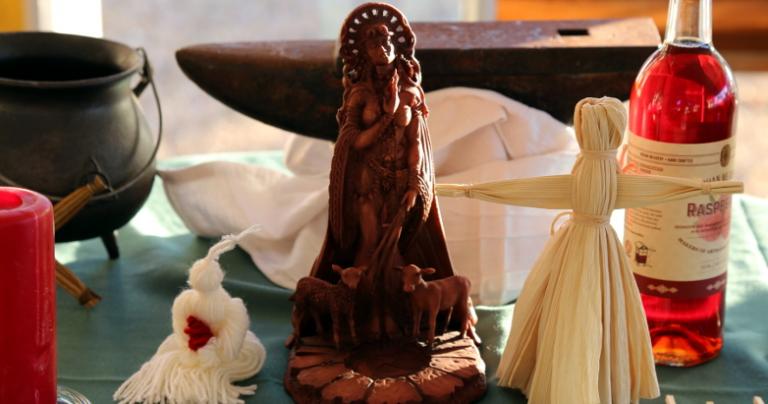 “Strong” people are rarely as invulnerable as you think they are

Them: I am pretty sure most of the comments I’m getting are “affectionate poking-fun” (or possibly “defensive poking-fun”) and not actual dislike or malice. But it does still make me feel uncomfortable, maybe just because I’m not used to it.

I’ve been anywhere from a little to a lot overweight most of my life. I used to throw out occasional wisecracks at my perpetually thin friends. They were meant to be humorous expressions of my jealousy, and they were mostly received that way. Until someone said “you know, being thin isn’t all great” – and their voice tone let me know there was something deeper involved. I haven’t made those jokes since.

I’ve been on the other side of that, with people making jokes about my attention to detail and extreme punctuality. Most of it is good natured kidding, but sometimes it’s clear people are expressing displeasure in a passive-aggressive way. And sometimes it’s not clear one way or another, and I’m left wondering “are they mad at me? And if so, why?”

There is an expectation that those in leadership positions (formal or informal) should be able to take a joke. Mostly we can, and we appreciate how it helps discourage people from putting us on pedestals. But our skins aren’t always as thick as it seems, and we’re rarely confident in our ability to distinguish well-meaning humor from actual attacks.

Show some sensitivity to everyone, even those you think are impervious to harm.

Competence is a virtue in any religion

Now, whether they choose to do so is another matter. A few years ago I stirred up a bit of controversy repeating the old phrase “a poor magician is a poor magician.” I closed by saying:

We should never make the Prosperity Gospel mistake of equating material success with the favor of the Gods, spiritual maturity, or magical skill. But having your life together – including being able to navigate the mainstream world – is a good thing no matter how you choose to express it.

The exceptions are the extreme mystics – they’re usually so far into the Otherworld they don’t even notice how badly they don’t fit. But those people are extremely rare, and for all I cherish and value my mystical experiences, I’m not ready to go over that edge. I like the ordinary world, despite its difficulties and shortcomings.

Find your competence, and respect the competence of others. 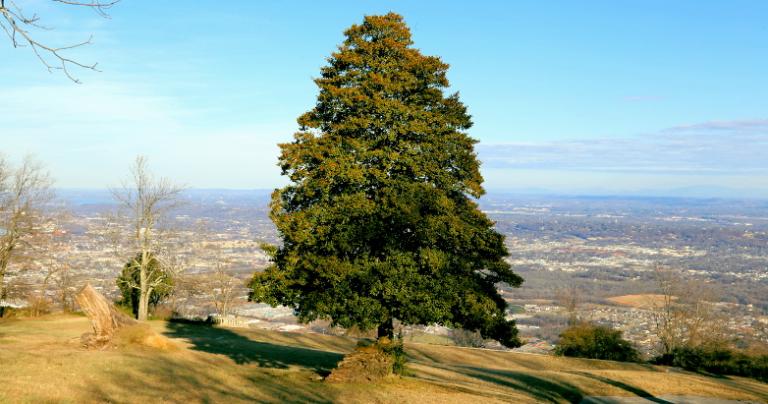 One unfortunate but necessary caveat

Sexual misconduct, financial mismanagement, inhospitality, and disruptive behavior can never be tolerated, no matter who does it.

Not if it’s your hardest worker, your best organizer, or your most generous donor.

Not if it’s your most dedicated priest or most skilled witch.

Not if it’s a person with limited social skills, someone who’s endured years of abuse, or who is struggling with mental health issues.

We can and should be sympathetic and supportive, but we cannot enable or tolerate harmful and unethical behavior, no matter who does it.

I don’t know of any Pagan tradition or organization that has too many members. There are a few who vet prospective members carefully and who purposely choose to remain small, but that’s a different issue. Our movement is still tiny by any standard and we need all the help we can get. And people from all walks of life need what we offer.

We need the people who navigate the mainstream world with ease, and we need those who follow the beat of a different drummer.

We need the outgoing and the introverted, the hard-shelled and the sensitive, the musicians and the engineers, the radicals and the soccer moms, and those who are their own unique blend of all of the above.

And all these people who hear the call of the Gods, of Nature, and of magic need the support and encouragement of their fellow Pagans and of the Pagan community. 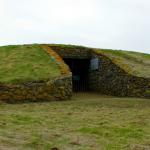 February 6, 2018
Facts and Reason are Good, but Experience is Necessary
Next Post 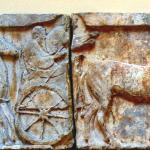 February 11, 2018 The SCA and the Swastika: the Power of Symbols
Recent Comments
0 | Leave a Comment
"Exactly. If doppelgangers don't exist, why is there terminology in several languages to identify them?"
Becky Dillon The Aesthetic of Witchcraft and the ..."
"Indeed, we do not get points. ;) But those that seek support for their conversion, ..."
Becky Dillon The Aesthetic of Witchcraft and the ..."
"When we wrestle with political and social change, we need to consider the nature of ..."
Woods Wizard The Dawn of Everything: A New ..."
"This comes at a timely moment for me. I have a family member living with ..."
CarysBirch Boundaries: A Meditation for Holidays with ..."
Browse Our Archives
get the latest updates from
John Beckett
and the Patheos
Pagan
Channel
POPULAR AT PATHEOS Pagan
1