Cults of Personality Must Die

Wednesday was my birthday. When I checked Facebook for the first time, even before I saw the many wonderful birthday wishes (for which I am exceedingly grateful) I saw the horrible news: Isaac Bonewits has been accused of sexually abusing a child.

I did not have a happy birthday – I was devastated.

Heather Greene of The Wild Hunt did an outstanding job of reporting the facts of this case. Seriously, folks – this is why you should support The Wild Hunt, even if you don’t like some or even most of their work. Who else is going to do this kind of reporting?

I have nothing of substance to add to Heather’s report. While Deborah Lipp and Phaedra Bonewits’ statement carries great weight with me, we will never know the whole truth. Only two things are certain:

This post is not about Isaac Bonewits, Moira Greyland, or sexual abuse. This post is about my reaction to the news that someone I admire may have done something horrible.

This is about the cults of personality that exist in our wider society, but especially in the Pagan movement. 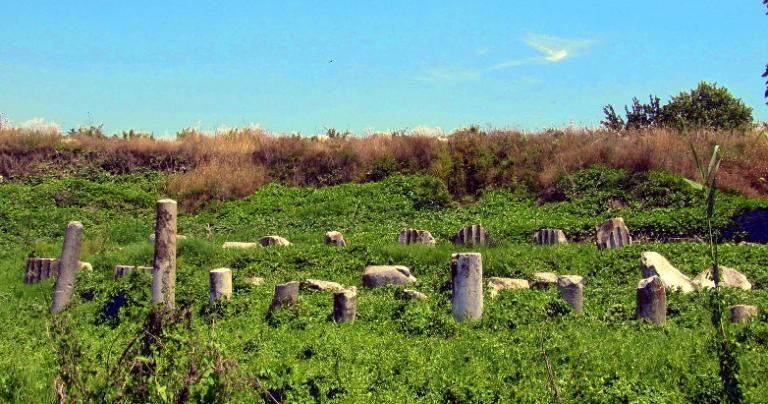 I was an engineering intern the summer between my sophomore and junior years in college. Once the job was arranged in the spring I begin to get excited. I would be working in the developmental department of a major chemical company – this would be my first taste of engineering in the real world. I expected to find genius scientists and innovative engineers, exquisitely detailed processes, and insightful analysis of experimental results. I expected to find brilliance.

I found good people. I still remember several of them, even though I only worked with them for 12 weeks, 35 years ago. It was interesting – it reinforced my belief that engineering would be a good way to make a living. But even though I interacted with people up to and including vice presidents and Ph.D chemists, all I found were ordinary people doing ordinary work in ordinary ways.

That pattern has been repeated throughout my career. Those who have been most impactful have been smart and dedicated, but mainly they’ve been passionate about their work. I’ve also encountered plenty of very smart people with very good educations who were completely ineffective, because they didn’t put much effort into their jobs.

I’ve come across a lot of good people doing good work. But I’ve never encountered a “great man” – or a great woman.

Religions are full of personalities

Celebrity CEOs may be a recent thing, but oversized personalities have been a regularity in religion at least since Zoroaster over 3000 years ago. Indigenous religions grow organically, but revealed and developed religions all have founders: the Buddha, Jesus (or perhaps, Paul), Muhammad, Joseph Smith, Gerald Gardner. It is good and right that we honor founders and key contributors to our traditions, as we honor all our ancestors.

While it is natural for us to focus on the good things our spiritual ancestors did, it is easy for us to lose sight of the fact they too were ordinary humans: good people who did great things, but also flawed people who at least occasionally did some not-so-nice things as well.

Modern Paganism has long been driven by personalities. If you want a list, read Jason Mankey’s three-part series 25 Most Influential People in the Birth of Modern Paganism. Isaac Bonewits was on the list, and rightfully so.

In the realm of current personalities, Evangelical Christianity has their rock star pastors. Catholics have Pope Francis and some of the higher profile cardinals. Buddhism has the Dalai Lama and Thich Nhat Hanh. And Pagans have authors. 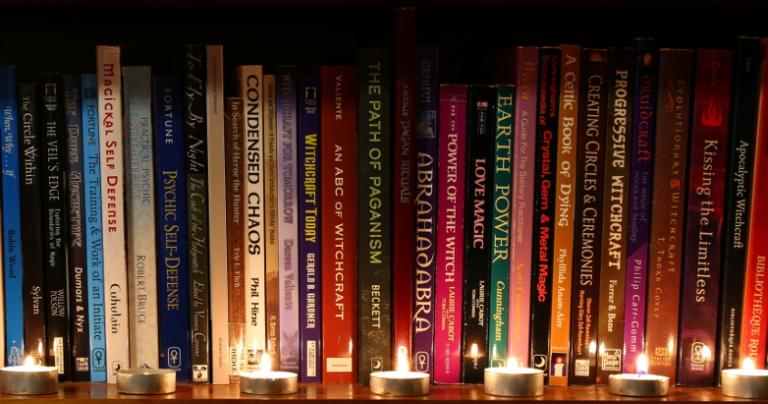 The Pagan cult of the author

Modern Paganism began in covens and groves, but it grew and spread by books. Authors have long been our largest personalities. For most of us, they are our first teachers. We have a strong respect and admiration for them, something that’s reinforced by our wider society’s belief in the primacy of the written word.

Some Pagan musicians have become personalities, as have a few non-author teachers who have strong local followings. The vast majority are good people who interact with the public because they want to help people – and because the want to sell their work. Authors and musicians have to eat and pay rent too. A few are clearly caught up in being a celebrity, but those are the exceptions, not the rule.

The problem isn’t that some people stand out. People who do big things will always stand out. The problem is how the rest of us view the people who do stand out – in particular, how we tend to focus on their personalities and not on the content of their work.

Why this accusation hit me so hard

I came to Paganism as an adult: I was 31 when I discovered Wicca, and I was 39 when I had my epiphany and got serious about my path. But I fell into the same hero worship as most everyone else. Authors were the experts, I was the novice. I certainly had my own thoughts (about pretty much everything) but if an author or other “Big Name Pagan” said something, I paid close attention to it.

Over the years, though, I’ve gotten to know many of the Pagan leaders and teachers who were so influential in my growth. I’ve met some at conventions and retreats, others through my blog and through social media. And just as with the engineers in my summer internship all those years ago, I’ve learned that they too are ordinary people doing work that is ordinary even if it is also sacred and magical. I respect them and I value their work, and some of them I count as friends, but I see them as people, not as personalities.

Isaac Bonewits had more of an influence on me than anyone else. I met him twice (in 2004 and in 2009) and I felt like I was in the presence of a master. And then Isaac died in 2010, just as I was ending the beginning phase of my serious Paganism. I never got to the point where I saw him as a peer, or even as a wise elder. His death froze him in my mind as an oversized personality.

That’s my fault for putting him somewhere he didn’t belong. But I did, and this accusation hit me hard.

Although there are exceptions, the vast majority of Pagan authors and teachers I know are very uncomfortable with celebrity. Even those who enjoy being in the limelight want to be respected for their substantive work, not for their personalities. But they can’t control how others see them.

There are numerous cults of personality in the Pagan community. Some are harmless, mostly. Others support poor social behavior that resembles high school cliquishness, or worse. Followers fall in behind the personalities, rationalizing their every move and refusing to see the harmful behavior, because they’re enthralled by the personality and they want to stay in their good graces.

I have no idea if there are three or five or fifteen such cults. But I know they exist, because I see the behavior. And even one is too many.

How you see people is your responsibility

If someone insists you treat them like a celebrity, that’s their fault.

Dealing with this isn’t easy. Getting away from a cult of personality can be as hard as getting away from an ordinary cult. You don’t want to believe someone you like and who has had a positive impact on your life could do something petty or cruel. You have mutual friends and you’re afraid they’ll take their side and abandon you. Mainly, you’re invested in the whole thing and you don’t want to be wrong.

But the truth matters. The truth always matters, even when it’s hard, unpleasant, and complicated.

Whenever we talk about “putting people on pedestals” someone always says “knock them off!” You don’t have to go that extreme. Just realize that you own the pedestal.

And the person you’re putting there is an ordinary human just like you.

Reclaim your pedestal. I suggest you refill it with something – with Someone – more divine.

Or leave it empty. The pedestal is yours to do with as you will. 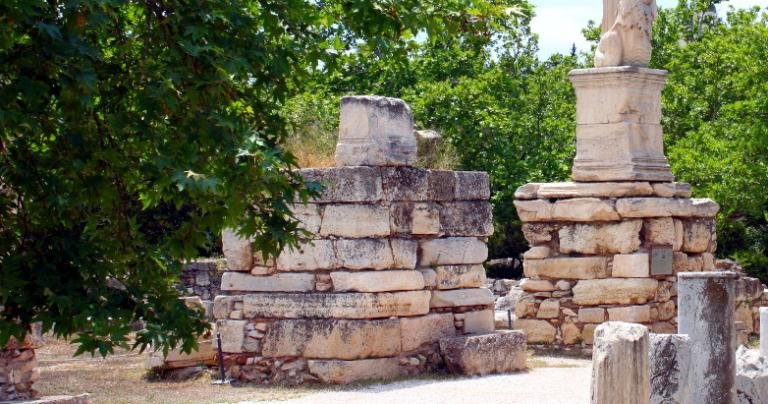 I remember the first time someone I didn’t know came up to me and said “I really enjoy your blog – thank you!” It felt… odd. And nice, but mainly odd. I’ve gotten used to it, mostly.

When The Path of Paganism came out last year, I noticed an immediate shift. Now I was a published author – people treated me differently. That too felt odd, and a bit annoying. I didn’t suddenly get wiser just because Llewellyn published my book. It is what it is – our society privileges the written word.

There is a bit of irony in a Pagan author telling the Pagan community to not idolize Pagan authors. But I believe I speak for the vast majority of authors when I say “please don’t.”

I am honored – and pleased – when you tell me “that really helped me.” I treasure the friendships that have arisen through this blog, whether they are casual or deep. I enjoy meeting readers and talking to you, even though I’m an introvert who doesn’t do well with small talk and who is known for excusing himself and walking away when the conversation lags.

But I hope and pray you read everything I write with a critical eye. My spiritual practice and my writing are important to me and so I’m trying to do them very well, but at the end of the day I’m just like those VPs and Ph.Ds back in my summer internship. I’m just an ordinary person doing ordinary work.

We’re all human. We all make mistakes. And some of us do very bad things.

Don’t put me on a pedestal.

Don’t put other Pagans on pedestals.

If you have anyone on a pedestal, take them down.

It may save you a ruined birthday.

It may also open your eyes to things you need to see, even if you’d really rather not. 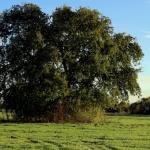 January 11, 2018
Unpopular Pagan Opinions: I Don’t Believe in the Three Worlds
Next Post 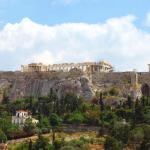 January 16, 2018 No More Crayon Drawings on the Refrigerators of Mount Olympus
Recent Comments
0 | Leave a Comment
Browse Our Archives
get the latest updates from
John Beckett
and the Patheos
Pagan
Channel
POPULAR AT PATHEOS Pagan
1