No More Crayon Drawings on the Refrigerators of Mount Olympus

No More Crayon Drawings on the Refrigerators of Mount Olympus January 16, 2018 John Beckett

Paganism is open to everyone. Anyone can perform religious devotion, and almost anyone can work magic or have an ecstatic experience. Excellence in any of those areas, however, requires a combination of ability, opportunity, and dedicated practice. 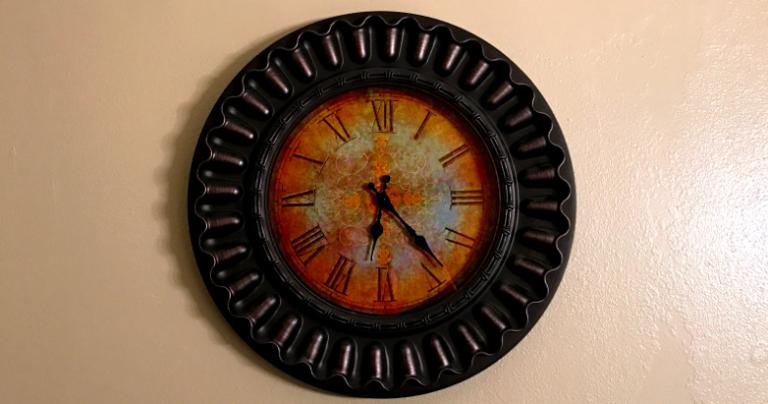 I have on-going relationships with several deities, and Cernunnos is first among equals in my devotion. But it is mostly the Morrigan who has been driving me into deeper practice over the past few years. Much of this is covered in last July’s post An Oath to the Morrigan. She was the first to require weekly devotions dedicated specifically to Her.

After my oath She required that I come to these devotions in a state of cleanliness. Now, I have said that purity is overrated and I still believe that. But it has a necessary purpose, in this case, presenting my best to the Gods.

A couple months ago the requirements were tightened again. Simply offering devotion on Sunday evenings is no longer acceptable. She’s tired of working around my whims and receiving offerings whenever I feel ready. Now I’m required to begin the devotions at 7:00 PM. Exceptions can be made if I’m traveling, but if I’m home I need to begin the devotion promptly at 7:00 o’clock.

Last Sunday afternoon I was very busy with some other sacred work. I finished it, put everything away, and looked at the clock: it was right at 7:00. I cleaned up, grabbed a bottle of wine for offerings, and went outside to begin. It was 7:08.

I began the devotion, nervous about Her reaction to my lateness. What I heard was both reassuring and challenging. On one hand, I was caught up in honorable work and once I realized the time, I stopped what I was doing and performed the devotion, instead of waiting till after dinner or whatever time would have been convenient for me. That’s progress, and She’s happy with it.

You will never be the priest you can be until the requirements of devotion and service are fixed in your soul, until you can no more begin a private devotion eight minutes late than you would start a public ritual eight minutes late.

This is my particular obligation and I am not suggesting you or anyone else needs to keep a precise schedule of devotions… though I will say yet again that “Pagan Standard Time” is an abomination and a breach of hospitality.

But this incident illustrates the point I’m trying to make in this post: excellence in spiritual matters requires a combination of ability, opportunity, and dedicated practice.

The inherent worth and dignity of every person

Do not misunderstand the point of this post. For all my emphasis on Paganism and polytheism, I remain a dedicated UU committed to the first principle of Unitarian Universalism: the inherent worth and dignity of every person. Being a more devoted priest, a more powerful magician, or a more mystical mystic doesn’t make you a better person. 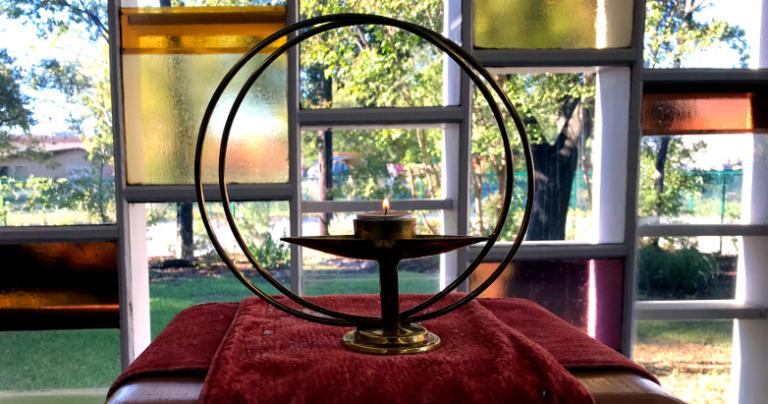 A healthy religious movement has people in many roles. We don’t need everyone to be a priest. We need scholars, seers, artists, musicians, fund raisers, and administrators. Given our low numbers, priests tend to do all these things. Someday I hope we’ll be big enough to allow for more specialization, and to allow people to serve our community in the ways best suited to them without having to fill four or five other roles that don’t fit them very well.

Let’s value everyone as persons of inherent dignity and worth, and let’s appreciate them for what they do and do well, regardless of what that is.

Excellence is a worthy goal

But some Pagans have the idea that respecting the worth and dignity of every person means that no one should stand out, and that any role should be open to any person at any time. While rotating high-visibility responsibilities (like ritual leadership) within a group is a good practice, the goal should be to promote and facilitate learning and growth while maintaining high standards, not mere participation.

Excellence is a worthy goal in our personal practices as well as in our public presentations. This is our connection to our Gods, our ancestors, and our highest values – it deserves our best efforts and our high priority. 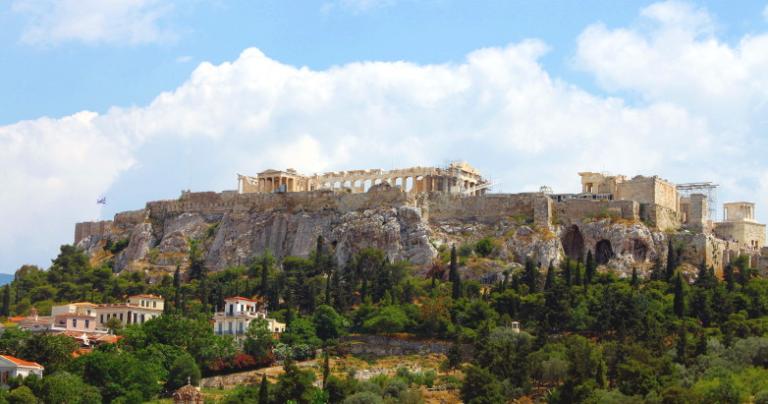 Crayon drawings on the refrigerators of Mount Olympus

Wednesday morning I woke up to this post from Laura Tempest Zakroff titled Critiquing Witch Folk (A Lesson From The Art World). It’s Tempest’s story of critiquing the work of aspiring artists at her alma mater, the exclusive Rhode Island School of Design. She summarizes the process like this:

“hey, you’re doing this thing well here, but to make it work better, you should try doing X to build your skills. But keep up doing this thing!” This approach is called the critique sandwich, balancing the “good” with the “bad” in a single serving. But the bad isn’t really bad. It’s just marks room for potential.

When we’re small children our parents proudly post our “artwork” on the refrigerator door and tell us how great it is – as well they should. No one is born with master-level skills at drawing or painting – or ritual. These skills take time and effort to develop and refine, and the last thing we need is to discourage fragile beginners before they get started. A few will find a calling, while most will simply discover the joy of expressing themselves with something other than speech.

I have issues with the idea of the Gods as parents, but in some cases the metaphor is apt. For most of us (though not all), early on the Gods seem happy that we’re acknowledging Them and reaching out to Them. If we don’t fully understand Their stories or if we don’t always show proper reverence it’s no big deal – our crayon drawings are still there on the refrigerators of Mount Olympus.

From parenting to teaching

As we learn and grow, more is expected of us: in reverence and devotion, in study and knowledge, and in service to the Gods and Their communities. Errors and shortcomings are no longer glossed over. Now they’re pointed out, not to be harsh or pedantic, but so they can be corrected and we can get better at what we do. Our parents love us unconditionally (or at least, they’re supposed to – some parents should never have had children) but our teachers just want us to learn the lessons they’re trying to teach.

The best teachers I’ve had – in academia, in religion, and in life – have had a thorough knowledge of their material and the ability to present it clearly and completely. But they’ve also had high standards. They didn’t accept mediocre work – and they certainly didn’t accept it from students they knew could do better.

The best of the best also knew that most of their students didn’t share their passion for their subject. They knew 25 of the 30 students in their chemistry class were there because someone told them they should be there. If those 25 left with a foundation of knowledge that would help them understand the world and their place in it, that was good enough – for them.

But those other five would  become doctors, researchers, and engineers. They needed a deep understanding of chemistry, and they were going to learn it one way or another.

The students Tempest critiqued aren’t trying to make pretty pictures and they aren’t trying to develop a basic appreciation of art. They’re trying to become professional artists. They have the natural ability, they have the opportunity, and they’re practicing diligently trying to get better. And they need honest, informed feedback to help them get there.

We need the same in our religious and spiritual practices.

Our education system has grades, from kindergarten to Ph.D. Video games have increasing levels of difficulty. Athletes talk about going to “the next level” when they move from college to pro, or sometimes just when their skills improve dramatically.

I’m not interested in comparing my spiritual “levels” to yours or to some famous Pagan author’s or to anyone else’s – though I’ll gladly learn from anyone. I want to be as good as I can be. I want my devotions to be as deep as they can be, I want my experiences of the Gods and spirits to be as strong as they can be, and I want my magic to be as powerful as it can be.

Last Sunday a Goddess to whom I am oathed told me I had made some progress, but that I still have far to go.

Critique accepted. Back to work. 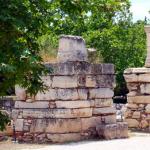 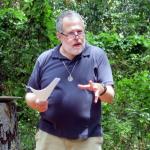 January 18, 2018 Conversations Under the Oaks: January Q&A
Recent Comments
0 | Leave a Comment
Browse Our Archives
get the latest updates from
John Beckett
and the Patheos
Pagan
Channel
POPULAR AT PATHEOS Pagan
1