Recent events have me contemplating the role fear plays in our lives, and the processes by which we can immunize ourselves against fear.

There’s been a lot of garbage written about fear over the years. People claim fear is only an illusion and they attempt to shame others who are afraid. They offer clichéd solutions with no more power than a plastic charm made by a fictional witch. They exploit your fears to steal your attention, your money, your votes, and your soul.

Fear is the path to the dark side. Fear leads to anger… anger leads to hate… hate leads to suffering.  Yoda – Star Wars: The Phantom Menace

Sometimes fear is rational. Other times it’s not. Most times it’s a little of both, and that makes it really complicated.

I’ve walked confidently into situations that would send most people into panic attacks. And I’ve broken down in fits of crying terror over possibilities so remote no reasonable person should care. If fear is complicated, our responses to fear are impossibly complex.

But over the years I’ve learned a few things about fear, and I think it’s worth talking about them.

Fear can be useful

Most of us have a fear of spiders and snakes – so do our primate relatives. Spiders and snakes are small and easily evaded (if we’re mindful of them) but if we run into them the results can be fatal. Our fear helps us recognize real risks so we can avoid them. 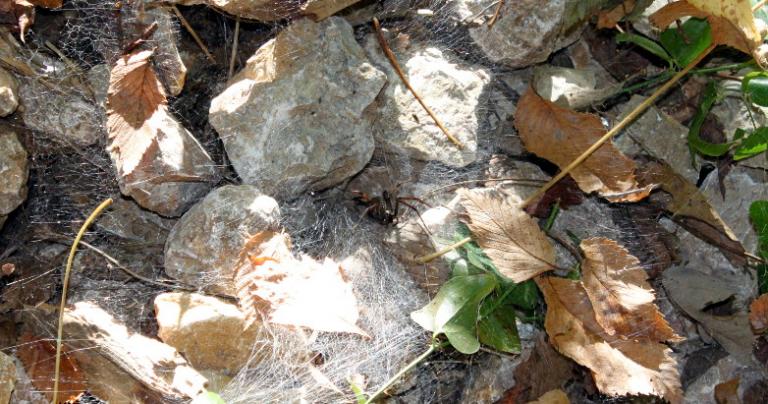 Useful fear is a beginning, not an end. We’re afraid of spiders and snakes and so we stay away from them, but we may have a need to go into areas where we’re likely to encounter them. And sometimes they just show up, seemingly out of nowhere. So if we are wise, we are motivated to learn about the objects of our fears.

Which snakes are venomous and which aren’t? In which locations and at what times of day are they likely to be found? How can they be handled safely? And what are the countermeasures if, despite our best efforts, we’re bitten by a rattlesnake?

Fear can motivate us to learn, and learning reduces our fears.

But not all fears can be managed so simply.

Overcoming the fear of death

I’ll be honest – I’ve never really feared death. I went to a lot of funerals as a small child. It was presented in a rather matter-of-fact manner: people got old, they got sick, and they died. Sometimes something bad happened and they died before they got old. But good people went to heaven when they died and we didn’t know any bad people. By the time I started questioning the religious assumptions behind that concept, the idea of death as a natural transition was firmly fixed in my mind.

I do not fear death. I had been dead for billions and billions of years before I was born, and had not suffered the slightest inconvenience from it.  Mark Twain

However, the thought of dying a bad death has always scared me. Good Friday sermons on crucifixion. Horror movies with medieval tortures. And worse – because it’s all too possible – the kind of lingering, painful deaths we inflict on our loved ones with medical treatment after medical treatment designed to prolong life by a few more weeks, because we’re afraid to let them go.

Logic and reason can dispel the fears of dying like Mel Gibson in Braveheart – short of falling into the hands of Daesh, it’s not going to happen. For the things that are realistically possible, I have an advance directive, with copies in the hands of those who would be called to make decisions for me if I’m incapacitated. And I support death with dignity / physician assisted suicide laws. I hope to live to a ripe old age, but I’d rather die early than die badly. 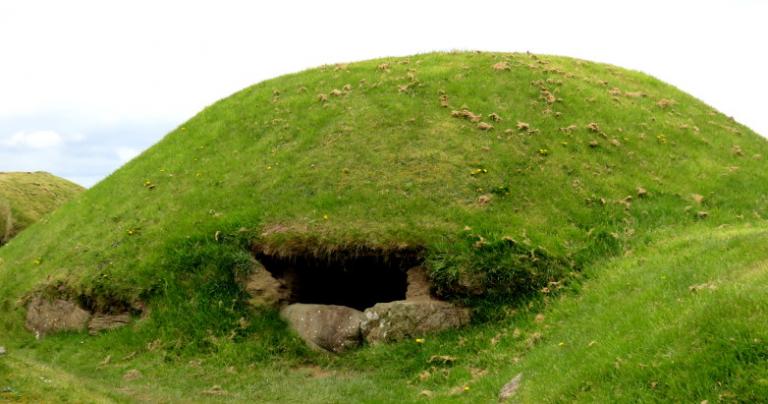 Overcoming the fear of a bad afterlife

It is impossible to listen to hellfire and brimstone sermons week after week, year after year, and not worry about ending up in hell. I’ve written about my journey out of fundamentalism at length. The key: it took a powerful spiritual experience to crowd out all those years of negative spiritual conditioning.

But it also took a ton of work over many years to understand why beliefs I had rejected years ago were still affecting me, and to figure out how to replace them with something better.

A big part of that has been exploring the afterlife from here. Journeying allows us to visit the Otherworld, to talk with our ancestors, and to get some brief idea of what awaits us after death.

Reading books from different religions and talking to different practitioners teaches us that there are many possible afterlifes. Are they all true? Do they all exist? I don’t know. But I do know that after studying the traditional afterlifes of the Egyptians, Greeks, Celts, and Norse – and for that matter, of universalist and other progressive Christians – the certainty of fundamentalists seems rather silly.

If you’re afraid of ending up in a bad place after death, don’t ignore your fears. Explore them. Learning is a good thing.

Dealing with the fear of ordinary hardship

We can debate what is or isn’t coming after death, but we can be sure that life will bring its share of ordinary hardships. We all encounter them, though they’re never distributed evenly or fairly.

Our Buddhist friends have an answer for this: let go of your desires and simply accept what is. I have tremendous respect for Buddhism, but I’m a Pagan. I’ll take the hardships of life in order to enjoy its beauties and pleasures.

If we know hardships are likely to occur, it makes sense to prepare for them. I do not expect to have a car wreck, but I still maintain auto insurance. We can try to avoid them: don’t smoke, drink in moderation, and wash your hands regularly. I have friends who have concealed handgun licenses – I prefer to avoid going to places where a gun might be necessary.

Mainly, have confidence in your ability to deal with the ordinary hardships that come your way. Humans are resilient creatures. We can overcome pain and suffering, sickness and loss. You don’t know what you can handle until you have to. We live in difficult times, but our ancestors lived through even harder times. They survived and succeeded, and so can we.

If you know the enemy and know yourself you need not fear the results of a hundred battles.  Sun Tzu

This can be politically problematic, especially when we tell others “just pull yourself up by your bootstraps” or scream “personal responsibility!” Have a bit of compassion and exercise a bit of reason. The fact that you overcame your ordinary hardships doesn’t mean someone else can do the same, particularly if they’re playing at a higher level of difficulty due to systematic racism, sexism, and other forms of discrimination.

But what is unworkable as a universal solution is often quite helpful for individuals. No one has more of an impact on your life than you. Dealing with your hardships not only makes them better, it increases your confidence that you can deal with whatever comes next. 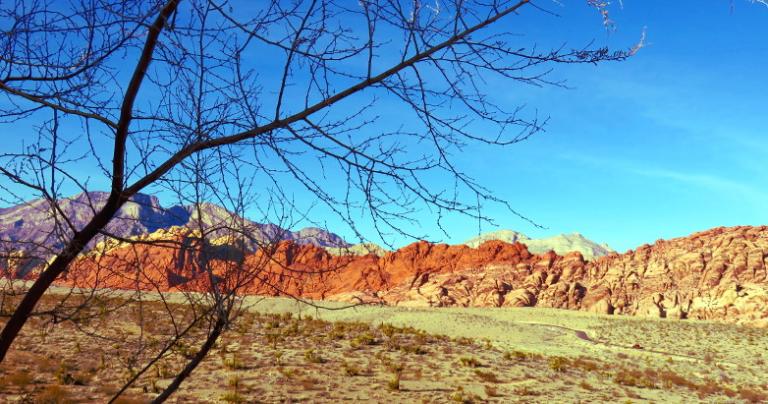 In The Chaos Protocols, Gordon White talks about “becoming invincible,” which he defines as “the process of immunising yourself against the monoculture.” It’s having enough first-hand experiences so you no longer fear death and you are completely confident in your ability to handle whatever comes your way, whether you approach things magically, mundanely, or both (hint: do both).

Am I invincible? No. There are still things that, under the right (wrong) circumstances, will send me into fits of panic and terror. But those things are far fewer than they used to be, and I’ve learned to recover faster from them.

Some of that is the benefit of age. I’m at the point in my life where I’ve seen a lot and done a lot, so I know what’s likely and what isn’t. I know who and what I am, and I have very few illusions about what I can and can’t do. I know what matters to me and what doesn’t.

More, though, comes from the increasing depths of my religious and spiritual practice. I know Who I serve, and I know what They’ve called me to do. I have what I need to do that job. The extras that I have are nice, but should I lose them I could still do my sacred work.

And I’ve learned a few things over the years. I’m confident I can handle whatever comes my way.

A witch ought never to be frightened in the darkest forest … because she should be sure in her soul that the most terrifying thing in the forest was her. Terry Pratchett, Wintersmith

Fear can terrorize us, paralyze us, and rob us of the joy of life. It can also motivate us to learn and inspire us to become stronger.

Fear is a part of life. Sometimes it’s rational and sometimes it’s not. We cannot eliminate fear, but we can learn to deal with it. 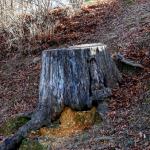 February 15, 2018
Michael Harner and the Need for Context
Next Post 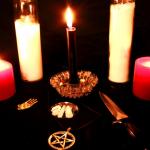 February 20, 2018 If We Win, Will the Witch Trials Come Back?
Recent Comments
0 | Leave a Comment
Browse Our Archives
get the latest updates from
John Beckett
and the Patheos
Pagan
Channel
POPULAR AT PATHEOS Pagan
1