One Year Later: The Lessons of P-exit

One Year Later: The Lessons of P-exit February 1, 2018 John Beckett

A little over a year ago, Patheos management sent out new contracts to all its writers. The primary purpose was a change in the pay structure, driven by a decline in the on-line advertising market. The contracts also included requirements for posting frequency and a prohibition against criticizing Patheos or its related companies.

Though there was some grumbling, there were no major complaints from the other Patheos channels. But some of the Pagan writers raised major objections. A revision to the new contract was deemed inadequate, and a substantial number of the Pagan writers left Patheos abruptly… and in a few cases, loudly.

I signed the new contract and explained my decision in a post titled Why I’m Staying at Patheos Pagan. I concluded by saying:

When I consider finances, convenience, and reach, Patheos is the best place for me. The new contract doesn’t change that.

And so I’m staying at Patheos Pagan.

As much as most of us would like to forget about P-exit, I think it’s worth reviewing the issues and seeing how things actually played out. 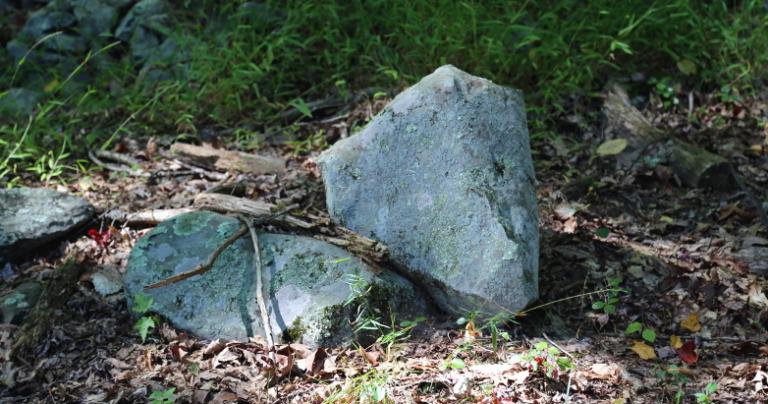 Nobody makes any significant amount of money from Pagan blogging. At least Patheos pays its writers something, unlike some larger and better known blogging sites (namely, Huffington Post). The new structure lowered the pay rate, but it took out the wide thresholds that meant low volume posters never reached the minimum and higher volume posters often found themselves in stuck in between tiers. I expected to make slightly less under the new contract.

For the 12-month period of February 2017 through January 2018, I made 16% more under the new contract than I would have under the old. The difference won’t pay my share of my Pantheacon hotel bill, but still, I was expecting less, and I got more.

Patheos and their BeliefNet owners put a lot of money into upgrading the website and improving search engine optimization. Facebook keeps throttling shares, but we’re growing anyway, and it’s paying off for writers.

For most of the P-exiters, the money was far less important than the clauses that appeared to restrict what we can and can’t write about. In actuality, those clauses were irrelevant. Patheos always had the right to remove any blogger for any reason or for no reason at all. But let’s look at the censorship statistics. I don’t know what happened site-wide, but I know exactly what happened with my blog.

Number of times my work was censored: 0

Number of times my work has ever been censored: 0

Number of times I self-censored because I knew Patheos management would object to something: 0

There were concerns about being on a platform owned by BeliefNet, which is controlled by Evangelical Christians. Between the traffic going up and the censorship remaining at zero, all I can say is that if BeliefNet wanted to restrict the flow of Pagan information, they’re doing a really lousy job of it.

And that brings us to Lesson #1 of P-exit: your worst fears rarely come true.

The human imagination is a wonderful and terrible thing. It can imagine beautiful things that have never existed and inspire us to create them. But it can also play on our deepest fears and conjure up horrors that while theoretically possible, are so unlikely we’re better off ignoring them. This is why horror movies that don’t show the monster are scarier than the ones that do. 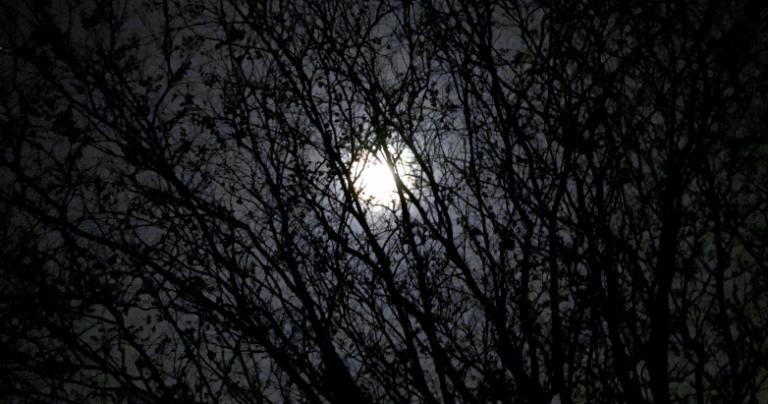 We see this in politics all the time. We’re told that if we vote for the “right” candidate all will be well and America will be great again. Vote for the “wrong” candidate and the economy will tank and crime will run rampant. Neither is the truth. News media and political operatives make tons of money keeping us scared and outraged.

It helps to plan for bad times. If my work is ever censored, I have a plan that will get a new independent site up and running in half a day. But that hasn’t happened once in the five years I’ve been on Patheos, so I’m not expecting it to happen any time soon.

Which brings us to Lesson #2: maintain optionality.

I got this term from Gordon White in The Chaos Protocols. It means you don’t make decisions until you have to, because the later you wait, the more information you’ll have and the better decision you’ll make.

Assuming you had enough refrigerator and pantry space (and enough cash) you could buy a month’s worth of groceries at once. That would save you several trips to the grocery store. But what if you suddenly had to go out of town for a week? Now you’re likely to have some stuff spoil before you can eat it. What if you get tired of cereal but you can’t go buy bacon and eggs because you’ve already spent all your food budget? None of that would be a problem if you bought groceries a week or a few days at a time.

Know what you want and how to get it

P-exit Lesson #3 is a key to good negotiation: know what you want and know how to get it. And also, know what’s likely to make the person on the other side of the table dig their heels in and tell you to go pound sand.

Gwion Raven and John Halstead did a good job of negotiating changes to the revised contract (the first draft was overly broad and unnecessarily vague). But Halstead’s opening salvo of profanity got the negotiations off to a rough start, and that led to bad feelings that ended with half the writers walking out (Gwion stayed at Patheos).

Although I had some private conversations with him at the time, I still don’t know what John wanted in the new contract. If he wanted to continue blogging as usual, he could have done that the same way I did it. If he wanted Patheos’ explicit permission to publish anything without consequence, he was never going to get it, and I don’t know why he felt he needed it.

Regardless, if he wanted to stay the negotiations were a failure.

If he wanted to stay.

A round of applause for Jason Mankey

Patheos Pagan channel manager Jason Mankey isn’t just my editor here at Patheos, he’s also my friend and fellow Pagan priest. For me, the worst part of this whole debacle was watching all the abuse he took over it. 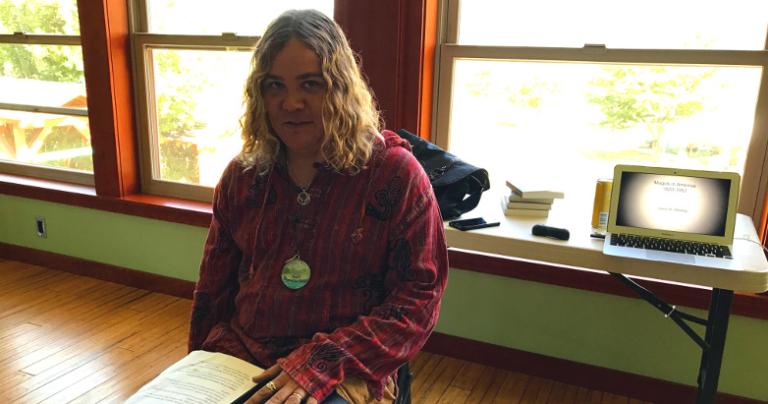 Jason is the only person on this channel who’s a Patheos employee. It was his job to implement the new contracts. When objections were raised, he facilitated the meeting between Gwion Raven and John Halstead, and Patheos senior management. When those negotiations didn’t turn out the way Halstead wanted (whatever he wanted from them), lots of people blamed Jason. Not only was that unfair, it was factually incorrect.

I know there were days when Jason wanted to walk away. He didn’t. When half the writers left, he started recruiting more. He took over managing the group blogs. He brought in Mat Auryn, who quickly became the 3rd most popular blog on Patheos Pagan. I think we now have more writers and more blogs than ever, and traffic is better than it’s been in two years – since well before P-exit. The content is excellent.

And so they focus their Patheos hate on Jason. That’s just wrong. Jason’s a skilled witch, a dedicated Pagan, a good writer, and a great person. Without his hard and literally thankless work, Patheos Pagan might have fallen apart. It didn’t.

Jason, thank you for all your work to make Patheos Pagan one of the best sites on the Pagan internet.

My future with Patheos

I’ve been on Patheos for five years. It’s been a good thing for me. More people read my work than ever before. It’s given me a platform for my first book. Patheos handles all the hosting and technical issues. I make a little bit of money – not much, but getting paid anything for blogging is nice.

The site upgrades last summer made things much better. It looks cleaner and loads faster than ever. The ads are still there (a necessary evil) but they’re not as obtrusive and they’ve done a good job of weeding out the rogue ads that try to hijack your browser (that’s a problem with the ad bank, not with Patheos). The SEO work continues to more than offset the losses caused by Facebook’s algorithm changes.

I respect the decisions made by the P-exiters. They did what they felt was best for them – they can decide for themselves whether they made the right choice or not.

As for me, there is no other site that offers the reach, convenience, and finances of Patheos. That’s why I stayed last February, and that’s why I continue to stay.

Addendum: the value of review

I said my pressure to self-censor is zero. That’s not entirely true. After I loaded this post, I started wondering “do I really want to re-open this can of worms?” I’m not worried about repercussions from Patheos management, but there are certain segments of the Pagan community that won’t respond well to it.

Know what you want and know how to get it.

I’ll add a fourth: remember that different people will look at the same situation and come to different conclusions.

The lessons of P-exit are too important to ignore. 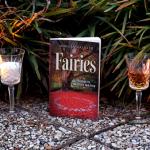 January 30, 2018
Fairies: A Guide to the Celtic Fair Folk
Next Post 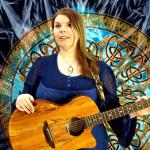 Why Do So Many of Us Want to...
Running away is one of humanity’s primary survival strategies – “fight or...
view all Pagan blogs
What Are Your Thoughts?leave a comment
Copyright 2008-2021, Patheos. All rights reserved.