Developing Power in Paganism and Witchcraft

One of the benefits of blogging is immediate feedback. If you make a mistake, somebody’s going to let you know really fast. I get annoyed when people comment without reading or when they take something out of context, but if I say something that’s wrong or just not quite right, I really do appreciate hearing about it.

If you become a Pagan because you think you will become powerful, you will be disappointed.

I see some people who come into Paganism expecting to learn the kind of magic that would violate the laws of Nature. I see many more who come in expecting to become an instant leader with a dozen minions treating them like a rock star. Lust for political power will corrupt any religion (look what it’s done to American Evangelicalism) and I’d like to keep it out of Paganism as best we can.

All that is true, which I why I put it at the top of my list of bad reasons to become a Pagan.

If you are seeking personal power, you need to look elsewhere. However, there are also those who seek power in order to make the world a better place…

Neither you nor I could be a force for building a strong Pagan community in our respective areas if we did not have this socialized power motivation.

Which is also true.

And then Mat Auryn posted this excellent piece titled Witchcraft Is About Seeking Power.

Do not be fooled, witchcraft is about power … In the myth of Aradia, Diana sends Aradia to Earth for the sole purpose of teaching witchcraft so that the witches could have power and overthrow their oppressors.

That was enough to show me that my statement that “for power” is a bad reason to become a Pagan is overly broad. What I meant was correct, but what I said was not. 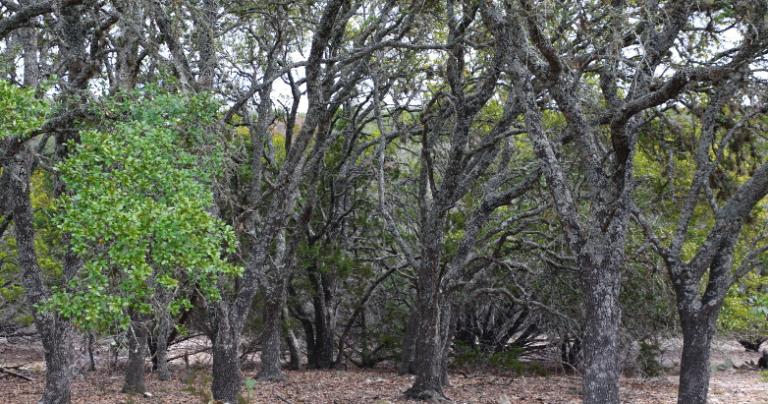 Paganism and witchcraft are not the same thing

I hinted at this in my post and Mat Auryn was clearer: Pagan religion and operative witchcraft are not the same thing. Wicca is a Pagan religion – witchcraft is a set of magical techniques and practices that can be used in the context of any religion. The two of them are frequently done together: we follow a set of Pagan beliefs and practices, and we also work magic to make our lives better. Magic is a part of my Pagan polytheism, but it is secondary to the worship of the Gods and to building relationships with Them.

For those whose witchcraft comes first in their lives, seeking power is a natural and entirely appropriate approach. And it can also be appropriate for the rest of us.

Power is necessary to accomplish anything

The scientific definition of power is simply the rate at which work is done. Those of us who drive know from experience that a car with 100 horsepower can go 60 miles per hour just like an identical car with 200 horsepower, but the 200 horsepower car will get to that speed a lot faster.

Thinking of power in scientific terms reminds us that power is ethically neutral. We can use our car’s horsepower to take us to work or school, or we can use it to run over pedestrians. And of course, if the car won’t start, we have no power and can’t go anywhere. Some power is necessary to get through life.

There are many kinds of power

The output of an automotive engine is one form of power. The electrical power that comes out of wall socket is another. There’s wind power, which can turn a turbine to generate electricity, or in the case of a tornado, can knock your house down. 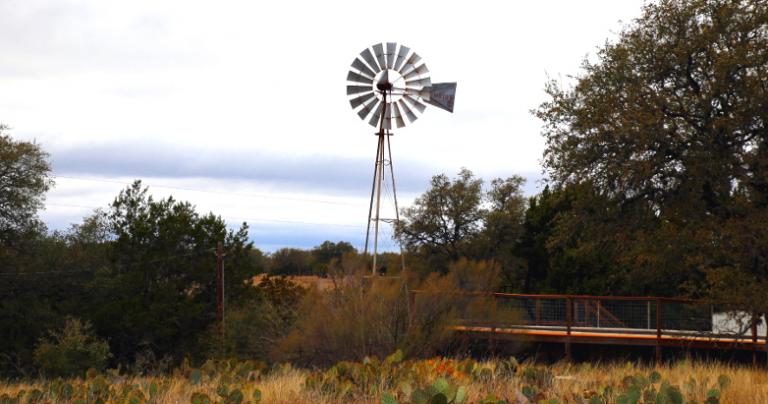 What magical power is is subject to debate. There is the popular idea that it is the manipulation of psychic energy. That idea is rejected by skeptics who say there is no such thing as psychic energy. It’s also rejected by some occultists who point out that no one ever talked about magic as energy until after the use of electricity became widespread in the late 19th and early 20th centuries. I’ve done enough energy magic I’m convinced there’s something to it, but I honestly can’t say exactly what it is.

I use a three-fold definition of magic: the manipulation of psychic energy, the intercession of Gods and spirits, and psychological programming. The first depends entirely on the skill of the practitioner. The second depends on the ability of the practitioner to convince (or in some models, coerce) a spiritual being to help them, and then on that being’s abilities to do as desired. The third is entirely naturalistic and depends on the ability of the practitioner to manipulate the appropriate symbols and psychological triggers to elicit the desired response in themselves… or in others.

Employers have economic power. They have money from the sale of goods and services. We need money so we sell our labor. Work for pay can and should be a fair exchange, but the labor market tends to be rather one-sided, and the consequences of losing a job are far greater for us than the consequences of losing an employee for the employer. This gives employers coercive power that most are all too happy to use – and abuse. Labor unions were designed to balance that power and they did for a while, but their effectiveness has decreased tremendously in my lifetime, for a variety of complicated reasons that I’m not going into in this post.

Anytime someone has something you need or want, they have power. So our challenge in living ethically is to create systems where gifts and fair exchanges are promoted and abuse is restrained, and where everyone has an opportunity to get what they need – whether that’s housing and food, or participation in a religious community. And since systems are notoriously difficult to change, our challenge is also to acquire and develop enough personal power to be able to navigate life successfully, and to encourage others to do the same.

I want to build a fair and just world AND be powerful enough to live well and create change in the world we have right now.

Power will be exercised – who do you trust to use it wisely?

I fly occasionally, and sometimes I end up in an exit row. As required by law, the flight attendants always ask “if necessary, are you able and willing to operate the emergency exit?” My answer is “yes, if it has to be done, I trust myself more than somebody I don’t know.”

Power can be intoxicating, and some people will always abuse it. One of the ways I can be sure it won’t be abused is if I’m the one exercising the power.

Am I incorruptible? Hardly. Checks and balances – and term limits – are a good and necessary way to keep honest people honest. They also insure that when honest people have honest disagreements over the best way to do this or that, decisions are made in a way that’s fair, transparent, and respectful to all involved.

But in the end, any system is only as good as the people running it. Make sure your leaders are both ethical and competent… even if that means taking a leadership position yourself.

Developing your own power

So given that power is necessary and that it will be exercised, it makes sense to develop our own power. How can we do that?

Knowledge is power. Notice I didn’t say education is power or degrees are power. Education and degrees (whether academic or magical) are good, but the power comes from what we learn while getting an education and earning a degree. Just attending classes and getting a piece of paper doesn’t accomplish much.

Read books – good books. Listen to teachers and elders. Learn from their mistakes, and learn from their successes. And don’t be afraid to dive in and learn by doing. Apprenticeships are good, but trial and error works too. Some of my most important lessons have come from doing things wrong, and then having to clean up the mess and figure out how to get it right on the second try. 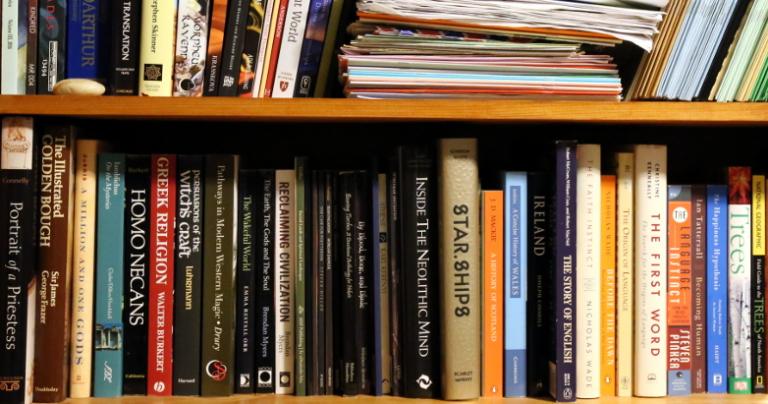 Training builds power. Here I use “training” not in the educational sense of classes and instruction, but in the athletic sense of regular practice sustained over a long period of time. Anybody can lace up their shoes and go running – though perhaps just to the end of the sidewalk – but if you want to run a marathon you have to train for it. You build up your muscles and your cardiovascular system to the point that you can run farther than you thought possible.

The same thing is true in magic and religion. Daily spiritual practice builds spiritual power. If you want to develop magical power, work magic on a regular basis. You need to practice the right things – practicing bad techniques doesn’t build much power. But assuming you’re working on the right things (see “knowledge is power” above) there simply is no substitute for dedicated, consistent practice.

There is power in numbers. You can be the strongest, baddest MMA fighter in the world, but if you’re attacked by eight other fighters at the same time, you’re going to lose, even though you could beat any of them one-on-one. If I have a need I work magic (and take mundane action), but if the need is serious and urgent I call for the help of my magical and witchy friends. Remember the power of labor unions in the early 20th century, and remember how ineffective they’ve become as their membership has declined.

This is a problem for those who prefer to walk a solitary path. I can’t tell you what to do – if that’s your calling, so be it. But even if you don’t want to work in a group, I suggest you form a network of fellow practitioners who can be there for you in a crisis – and who you’ll support when they need you.

Power is necessary, and power is corrupting. Power can be used to build a better world, and it can be used to oppress the weak. Seeking power for the sake of power rarely ends well, but a quest to develop our own power and to use it for the greater good is a honest endeavor.

And so in the words of the Charge of the Goddess, “let there be beauty and strength, power and compassion, honor and humility, mirth and reverence within you.” 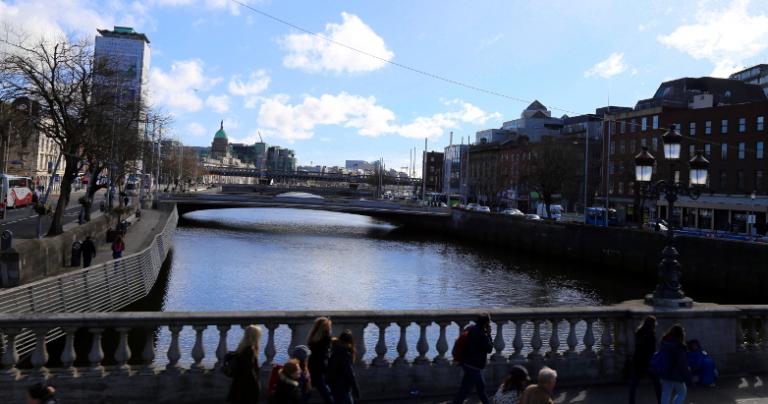 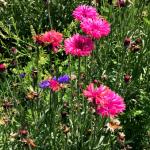 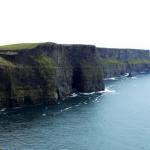 March 22, 2018 12 Days in Ireland and Wales
Recent Comments
0 | Leave a Comment
Browse Our Archives
get the latest updates from
John Beckett
and the Patheos
Pagan
Channel
POPULAR AT PATHEOS Pagan
1