Learning to Cook in the Kitchen of the Gods

Last week Damh the Bard had an excellent post on his blog titled Thinking About – Belief and Experience. It’s not long and it’s well worth your time to read in its entirety. Here’s a key quote:

Pagans don’t have a book. We do have myths, poetry, sacred sites, places of power, folklore, but no one book. So when a person’s feet fall for the first time upon a Pagan path, we might read the myths, or take a walk to an ancient sacred site, we might find out if there is a place nearby that has connections to stories of the Fair Folk. If there is, maybe those first few steps might take us there, to that hill with the three trees, or the old Barrow, or the crossroads in the woods.

We actively seek out experience.

If you’ve read this blog for very long – and especially if you’ve read The Path of Paganism – you know the emphasis I place on experience. We live in a society where the loudest voices scream there is only one God and the second loudest voices scream there are none. But when we’re open to new experiences, we can sense the presence of the Gods and hear Their messages.

Skeptics laugh at magic, but when you do the spells you get the results. 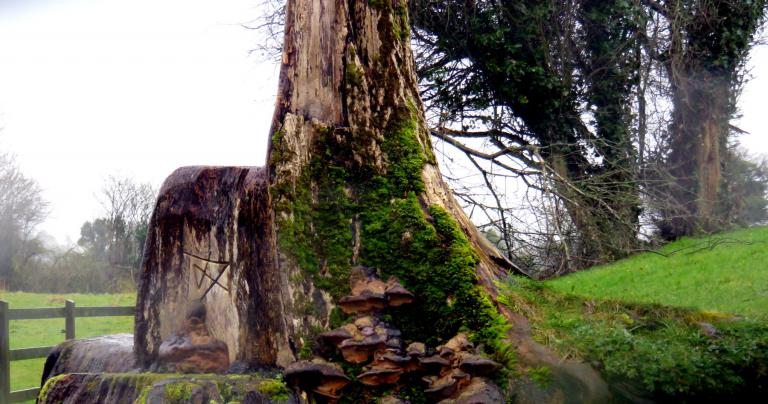 After a while our experiences of Gods, magic, spirits, ancestors, and Fair Folk become so numerous  and so strong – and so meaningful – that they change our understanding of the world and what is and isn’t possible. No amount of belief could heal the damage caused by the fundamentalism of my childhood – it took positive Pagan experiences.

Damh points out how experience leads to belief, as we try to make sense of our experiences and place them in a wider context. Or it can go the other way, with belief leading to experience. Experience, belief, and practice form a virtuous circle, and that circle can go in either direction.

In the Kitchen of the Gods

I don’t disagree with anything Damh wrote. But I’d like to use part of his post to make a slightly different point. Here’s another key quote:

Over the years I’ve heard some Pagans lament that our Pagan ancestors, particularly the Druids, didn’t write anything down. That it would be a lot easier if we all just had a book, like the Bible, that told us what to believe. I couldn’t disagree more…

A book like the Bible is useful if, as Philip Carr-Gomm has said over the years, you like to be in the restaurant. You can read through the menu (books) and chose your denomination and off you go. The meal has been made for you. Enjoy it. But most Pagans and Druids I know prefer to be in the kitchen, with all of the ingredients, creating something that exactly suits their taste.

I think the restaurant vs. kitchen metaphor is helpful. But it needs to be extended further.

Some people go into the restaurant (the marketplace of religions), read the menu, and find exactly what they want. Their calling is to become a Zen Buddhist or a Roman Catholic or Sufi Muslim and when they find that dish (religious path) they’re satisfied. Or maybe they aren’t completely satisfied, but they don’t want to do the work of cooking (finding their own path). Or they really want the benefits of a large established tradition. So they pick the closest thing they can find and go with that.

But Damh and Philip are right – some of us want to go into the kitchen. It’s not just that we don’t see what we want on the menu, we want to cook for ourselves. So we leave the dining room and barge through the swinging doors. We see the sinks and counters, the pots and pans, the knives and mixers. We look through the pantry and the refrigerator, and we carefully examine the spice rack.

Now what do we do?

Cookbooks and recipes get us started

We grow up spending so much time in and around kitchens that we think we know how to cook. But the first time we’re alone and hungry and wander into the kitchen, we usually end up with a baloney sandwich.

I remember being 10 or 11 years old and wanting to learn to cook. I was happy that my mother and my grandmother cooked for me, but I knew I’d be leaving home at some point and I wanted to be able to take care of myself. Plus it looked like fun.

My mother – who learned to cook by helping her mother over many years – really didn’t have the time to give me cooking lessons. And at that age, I doubt I had the patience for it. But it was easy for her to hand me a recipe and say “here, bake a cake.” And so I did. My early cooking lessons came from recipes and cookbooks. I didn’t have to guess and I didn’t have to figure it out by trial and error, I could just follow the recipe.

Walking into the Kitchen of the Gods can be every bit as intimidating as walking into your mother’s kitchen “with intent” for the first time. And so many people walk out with the spiritual equivalent of a baloney sandwich: quick, easy, and filling, but not particularly nutritious or satisfying.

Religious traditions preserved in books, arts, rituals, and practices are the recipes that get us started. They let us know that those who came before us did certain things in certain ways at certain times. Those practices produced certain experiences. And they formed beliefs around those experiences, to help them understand them and incorporate them into their lives.

Our religious cookbooks and recipes get us started.

Learn the rules so you can break them

Cooking with a recipe is a step beyond ordering off the menu, but you’re still following instructions written by someone else. For many people, that’s enough. The chocolate cake recipe my mother handed me worked out pretty well – there was no need to tinker with it.

On the other hand, I’ve been working for years to learn how to cook a steak just right. I’ve experimented with grill temperatures, cooking times, turning times, seasonings, and resting times. I’ve mostly got it figured out, but I still make adjustments based on cut, grade, and thickness… and sometimes I still end up overcooking it.

If I’m writing a high day ritual, I’ll start with liturgy and themes I’ve used in the past, but then I’ll make adjustments based on the location, the audience, current events, and what various Gods and spirits are telling me to do. If you know the “Beltane recipe” you can make tweaks and changes and be confident things will turn out OK.

Learn the rules, then break them mindfully.

I like cooking, and I love it when I try something new and it turns out really tasty. But at the end of the day, I just want to eat good food at a good price, when I want to eat it. I have no desire to put the time and effort into cooking elaborate gourmet meals. But I have great respect for those who do, and I enjoy eating their cooking, at least occasionally.

Not every Pagan wants to be a priest, a ritualist, or a theologian. Some are satisfied to live virtuous lives and honor the Gods according to their tradition. Some like to find their own way, but only want to take their journeys so far.

But others want to go as deep as they can go. They follow their tradition as far as it will take them. And then, since our ancestral religions were wiped out in the conversion to Christianity, they do their best to reimagine and re-create them. They end up off the map. And they make notes and draw maps so those who come after them can follow the trails they blazed.

The proof is in the pudding

And that brings us back to Damh the Bard’s blog post and the emphasis on experience.

Whether you’re ordering off the menu, cooking from a recipe, or developing your own culinary creations, the most important question is “how’s your dinner?” Is it filling, or does it leave you hungry and weak? Is it delicious (wouldst thou like to live deliciously?), or is bland or even bitter? Does it nourish your body and your soul, or is it full of empty calories?

If so, you’ve got a pretty good meal, no matter who cooked it.

If not, maybe you need to find a new restaurant, or take some cooking lessons.

But whatever you do, don’t settle for a baloney sandwich. 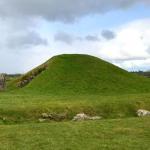 April 5, 2018
The Impact of Human Activity on Sacred Sites
Next Post 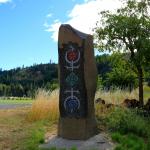