Giving away cards, stones, and trinkets is a common thing in Pagan rituals. I have a shelf full of them – and that’s just the ones I kept. Some were charged with power and magic. Some were focuses for devotion. Others were ordinary mementos. It’s become so commonplace I’ve seen people complaining about the environmental impact of the practice (which is negligible, but the point about “we don’t need more stuff” is valid). 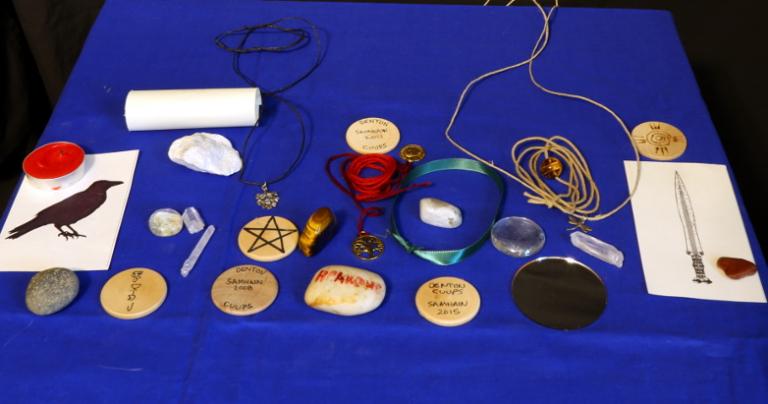 Before I explain, let me tell you a bit about the ritual itself. It was written by William Nutt, one of our Education Officers. William has a background in anthropology and archaeology, and although his paying work has taken him in a different direction, he’s continued his scholarship. That comes in handy when you’re also a polytheist who’s been claimed by Gods who aren’t exactly well known… and in some cases, not well liked.

The ritual re-enacted the fragmentary story of Ashtet and Sutekh, and their battle against Yamm, a primordial God of the Sea1. Ashtet is the Egyptian name for the Babylonian Goddess Ishtar2. Sutekh is an early name for Set, when he was not the murderer of his brother Osiris but the God of Storms and the Desert, who fought nightly in the Underworld to protect the Sun God Ra.

Egyptian religion was not static. Deities, stories, and practices all changed over the 3000 years of the Pharaonic era.

The story says that Yamm, God of ocean terrors and death at sea, began to make demands on the Neteru. They sent Ashtet to negotiate for them and to pay him tribute, but he was not satisfied. He wanted to crush the Gods of Egypt, and he wanted Ashtet as his bride.

Ashtet stood firm, even as the waters assaulted her. She was threatened and bound, but still she stood unmoved. 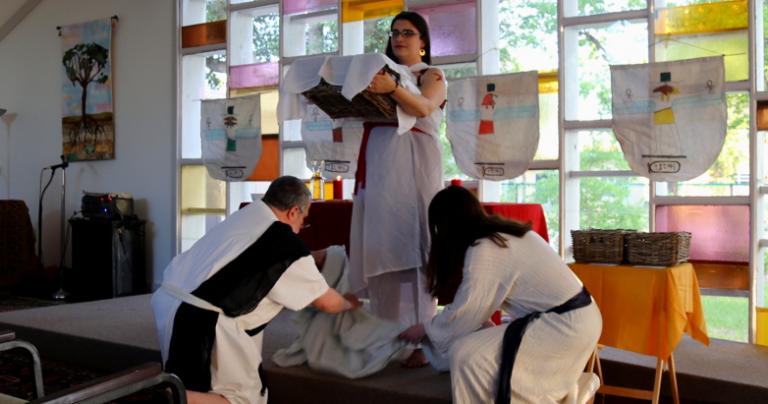 So Yamm loaded her with many burdens. The Neteru cried out, but none could stand against Yamm.  Ashtet bore her burdens with strength and dignity.

Djehuty carried their cries into the desert. Sutekh heard them – he came and spoke the words of Ma’at. Yamm trembled in fear, and retreated to the depths of the sea. Sutekh shared Ashtet’s burden, and together they sang a song of joy, hope, and triumph. 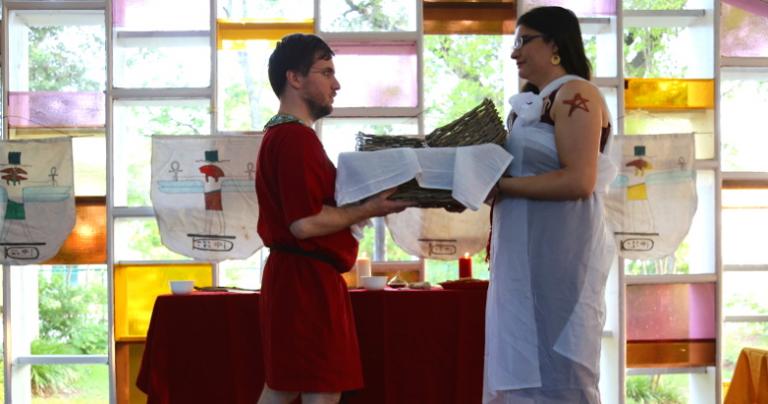 We all bear many burdens, neither fair nor just, for our world is none of these things. Together we preserve Ma’at, an eternal struggle, by nurturing truth and justice. Alone the burden is unbearable, but together our strength is unimaginable. As the basket is carried to you, take a stone to symbolize your burden and whisper or speak your truth.

When I first read the ritual, I had my doubts. This story is certainly worth telling, especially since it reminds people (including me) that Set is more than a God of Chaos and was not always considered a murderer. But people come to Pagan circles to celebrate the turning of the seasons, to experience the Gods, to work magic, and to feel empowered. How would they feel being asked to take a rock – an ordinary piece of construction grade limestone – that represents a burden? These are things we prefer to forget. And if we can’t forget them, we want to work magic to remove them, not to share them.

The days leading up to the ritual were extremely stressful for me. The days after it haven’t been any better. I am appalled at the things our government is doing… though as some have pointed out, given our track record I shouldn’t be surprised. Perhaps the most frustrating part has been the callous responses of ordinary people who I thought were reasonable and humane; people who see the plight of refugees and say “it’s not our responsibility” “we can’t take them all” or “they’re breaking the law so they deserve whatever happens to them.”

Immigration and its underlying causes are complicated and emotional issues. Good and reasonable people can have very different opinions about the most effective policies and the most just ways to enforce them. But “I don’t care what happens to them” is not a valid response.

We all bear many burdens, neither fair nor just, for our world is none of these things. Together we preserve Ma’at, an eternal struggle, by nurturing truth and justice. Alone the burden is unbearable, but together our strength is unimaginable.

I am furious at this violation of the ancient laws of hospitality, and I am furious at those who just don’t care. But caring is only the beginning – caring alone will accomplish nothing. Caring must become action: action to stop cruel and inhuman treatment of immigrants, action to change unjust laws, and most importantly, action to change the economic conditions and to stop the violence that drives mass immigration in the first place.

And immigration is far from the only crisis this country is facing. 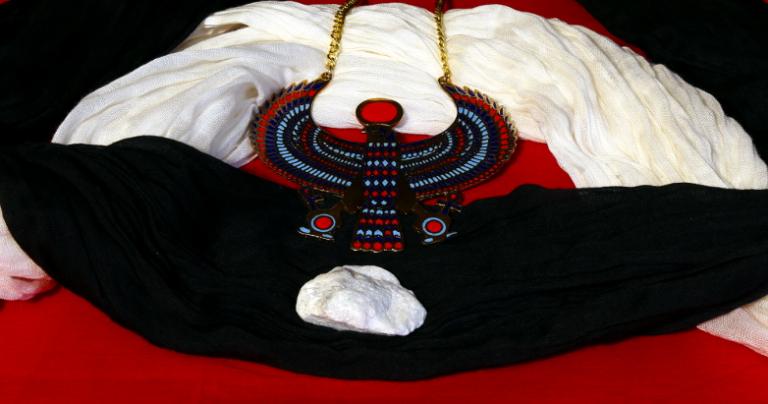 So I’m glad we gave people stones representing burdens to share. And I trust that in the days to come, we all remember “it’s not all about me.” When we hear the cries of those oppressed with unjust and unbearable burdens, may we remember the actions of Ashtet and Sutekh.

We all bear many burdens, neither fair nor just, for our world is none of these things. Together we preserve Ma’at, an eternal struggle, by nurturing truth and justice. Alone the burden is unbearable, but together our strength is unimaginable.

1 This story is a modern reconstruction of an extremely fragmentary papyrus. The missing pieces have been filled in with material from a similar Canaanite story, and with UPG from several contemporary followers of Set.

2  “Ashtet” is a simplification and approximation of the hieroglyphic name transliterated as “aztr.t.” Many scholars write this name as Astarte, the name the Canaanites identified with Ishtar of Babylon. 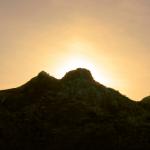 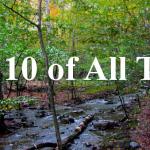 June 26, 2018 Top 10 Posts of All Time
Recent Comments
0 | Leave a Comment
"I read the article, dont take anything personally. also one week of Paganism? Thats not ..."
Brianna LaPoint How to Do Paganism Wrong – ..."
"Perhaps it is time to add names when you run across them instead of searching ..."
ladynightshade The Morrigan Demands Persistence Not Perfection
"OMG! I completely forgot that anybody can become a REPORTER in a week. Tops."
Pitch313 How to Do Paganism Wrong – ..."
""Persistence, not perfection." I think those are definitely words to live by."
Amanda Ingalls The Morrigan Demands Persistence Not Perfection
Browse Our Archives
Follow Us!

2020 Is The Year Of The...
Keeping Her Keys
Related posts from John Beckett