Top 10 Posts of All Time

Friday is the 10th anniversary of Under the Ancient Oaks. I’ll have a special post talking about how I got started, my steps (and some missteps) in blogging, and where I see the blog going in the future.

Today I want to review the best of the blog – the Top 10 posts of all time, as measured by pageviews.

I have pageview statistics by post since I moved to Patheos in January 2013. For the Blogger era, all I have are monthly totals. But given the extremely low traffic during that time, I’m confident the list is accurate. Three of the Top 10 were written for Blogger.

As with the annual Top 10 lists, I’m excluding the solitary ritual series. If I didn’t, Samhain would be 4th, Winter Solstice 6th, Imbolc 7th, and Summer Solstice 9th.

Here are the Top 10 posts of all time on Under the Ancient Oaks. 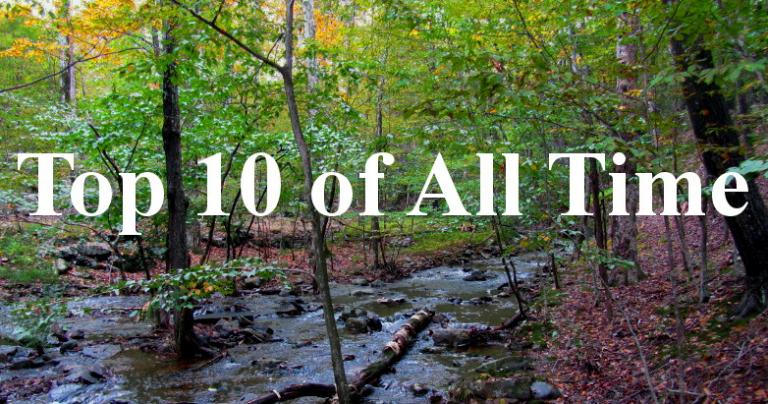 Sadly, the conclusion to this post has proven prophetic.

9. Druids and Their Robes (October 2012). At the 2012 OBOD East Coast Gathering, several of us got to talking about what we wear for ritual. I persuaded several people to write a paragraph about what they wear and why, combined it with some pictures, and loaded it on Blogger.

You don’t have to have a robe to be a Druid. As I said in the post, never let the lack of magical clothing keep you from attending a Druid or similar event, or from participating as fully as you can. Robes are nice but they aren’t necessary. But like magical tools and jewelry, robes help put us in the right frame of mind for ritual and magic. They help us express who we are and what we’re striving to become.

8. The Cernunnos Ritual (August 2013). My ritual recaps tend to not be well read. This one is the notable exception. It’s the story of our first ecstatic ritual in honor of Cernunnos. I  didn’t write this ritual so much as I transcribed it – this is what He wanted, so it’s what we did. As recaps go this one is pretty good, but it can’t compare to being there.

We performed this ritual twice more in 2013, at the OBOD East Coast Gathering and at the DFW Pagan Pride Day. Last year we performed an updated version at Beltane, and another version at the Beyond the Gates retreat.

I’m sure we’ll do it again before too long…

7. Something Bad Isn’t Coming, It’s Here (March 2016). For years, many of us heard our Gods warning us “there’s a storm coming – get ready.” In March of 2016 – before the election, when Trump himself still didn’t expect to win – it became apparent that the storm was here.

John Michael Greer calls it The Long Descent. Byron Ballard calls it Tower Time. It’s not Mercury Retrograde – it’s not going to be over in three weeks. This is the new reality. We can pretend it doesn’t exist and hope for the best, or we can deal with it head-on.

I prefer to deal with it.

6. The Dark Side of Druidry (October 2014). Modern Druidry is usually associated with Nature spirituality and Celtic heritage. Druids are poets, songwriters, and storytellers. Druids plant gardens and protest fracking. It’s not the Lorax but the Druids who speak for the trees. Druidry is light and peaceful and nice.

The Druids of old fought alongside their warriors, not with swords and spears but with their bardic skills and with magic. So can we. 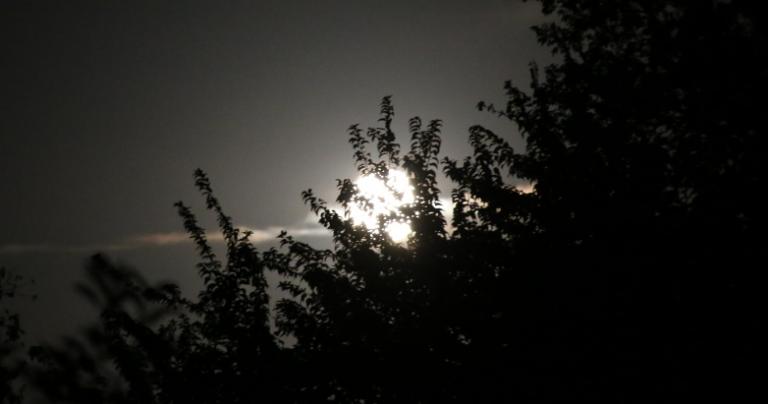 5. Letter To My Christian Friends (June 2015). My Christian friends tend to agree with my reverence for Nature. Some of them smile politely when I talk about magic, while others ask me to work magic for them. But when I begin talking about the worship of many Gods, some of them get angry.

I want my Christian friends to remain friends. I want them to know I have no need or desire to convert them or anyone else. But this is who I am, this is what I believe and what I do, and why.

4. The Otherworld is Bleeding Through (June 2016). Early one morning two years ago, I saw a green glowing bird. It was something that could not be, but there it was. All attempts to explain it away failed – I couldn’t pretend I didn’t see what I saw.

I still don’t know if this was an Otherworldly bird that found its way into our world, or if it was an ordinary bird that found its way into place where the Otherworld intersected with our world. I tend to think the latter. But I’m convinced this isn’t a one-time thing. It’s part of a long-term shift in reality and we’d best figure out how we’re going to deal with it.

3. The Purpose of Religion (November 2011). This is the oldest post on this list. It never got much traction when it was new, but people keep finding it through Google searches. It’s written from a very UU perspective – I would write this post rather differently today. But I’m still happy with it. 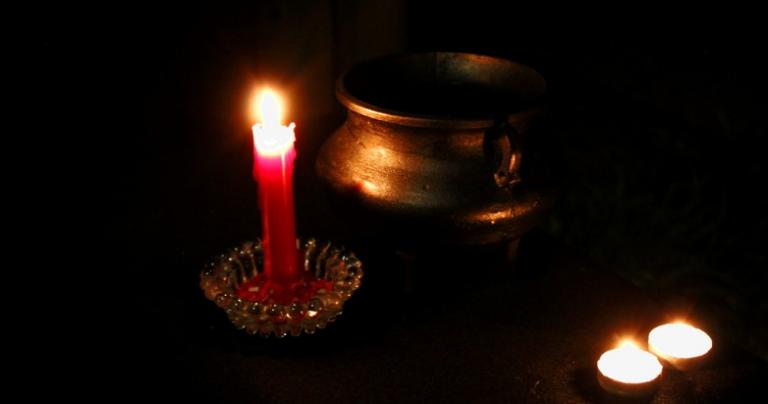 This was my first exposure to men’s rights activists. I assumed they were fathers who got the short end of divorce settlements and were angry over it, with varying degrees of justification. I found out I was rather naïve. There are some seriously screwed up men out there spreading some seriously screwed up ideas – ideas that have dangerous consequences for women, that are unhelpful for men, and that piss me off.

Our hypermasculine culture sets unrealistic expectations and encourages men to see women as sex objects to be conquered instead of as neighbors, co-workers, and friends. All too often it is deadly for women and it’s no friend of the vast majority of men. It’s long past time for it to change to a culture built on mutual respect.

And if you can’t see that, dude, the problem is you.

1. “Adulting” Is an Indictment of Society, Not of Millennials (January 2016). This is another post that went viral to a mainstream audience. It’s the most widely read post not just on Under the Ancient Oaks, but for all of Patheos Pagan.

Criticizing Millennials for using adult as a verb isn’t a valid complaint, but the whole concept of adulting is an indictment of our mainstream society. Millennials and others who don’t want to adult aren’t being immature. They just don’t like the mainstream society’s definition of “adult.” And sooner or later, they’re going to change it. 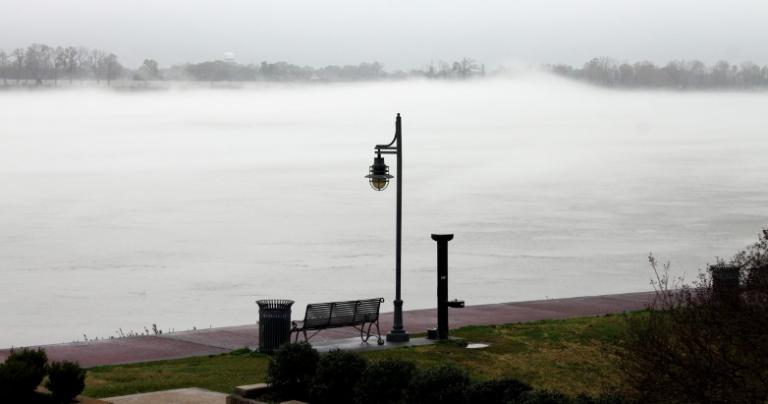 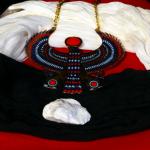 June 24, 2018
The Summer Solstice: Sharing Each Other’s Burdens
Next Post 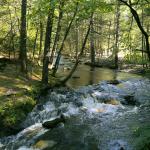 June 29, 2018 10 Years Under the Ancient Oaks
Recent Comments
0 | Leave a Comment
"Hmm. I have felt drawn to more openly sharing this year and started blogging on ..."
OrderInTheQuartz In the Doldrums… But the Wind ..."
"Ah, yep. I was actually that then-roommate that she was writing about. I just didn't ..."
Blue Huntington In the Doldrums… But the Wind ..."
"I enjoyed your article. My transcendent place is more of a time of day. It's ..."
catmomma13 What Makes a Sacred Place Sacred?
"You are correct. As a UU I like to quote Theodore Parker: "The arc of ..."
John Beckett Trump is Fundamentalism’s Battle of the ..."
Browse Our Archives
get the latest from
John Beckett
Sign up for our newsletter
POPULAR AT PATHEOS Pagan
1

Where the Wisteria Wanders
I spotted a Wisteria that wandered through the blackberry brambles. This twisted...
view all Pagan blogs
What Are Your Thoughts?leave a comment
Copyright 2008-2020, Patheos. All rights reserved.