Blog for long enough and you’ll end up revisiting pretty much every topic you’ve ever written about. Sometimes you change your opinion, while other times you restate it even more strongly than before. And then there are times when you still agree with what you wrote years earlier, but you realize it needs to be tweaked a bit.

This is one of those times.

In early 2015 I wrote about the Big Tent of Paganism. I said

There may be nothing that is common to 100% of Pagans, but we have plenty of similar interests.

The Big Tent provides a visible, easy-to-find entry point for ordinary people who are looking for something their current religion isn’t providing.  And it makes it much easier for us to find others inside the tent who are doing the same things for the same reasons.

Those things were true in 2015 and they’re still true today. But last week I heard from two people who convinced me that I need to revisit the Big Tent of Paganism. 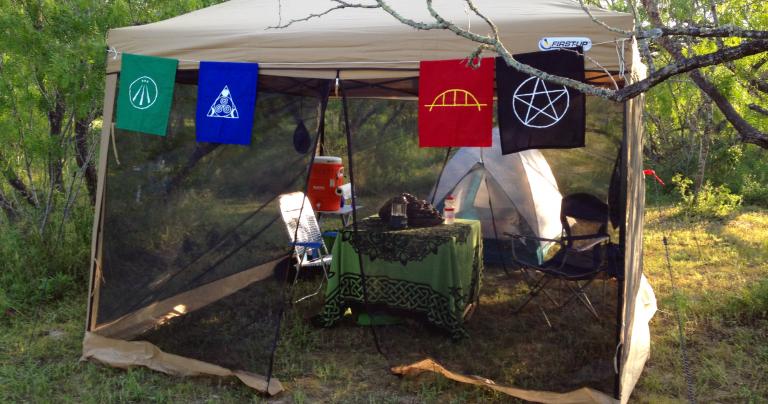 Is modern Paganism all about Northwestern European spirituality?

In the post on the Wheel of the Year I said “Modern Paganism has many roots, but among the deepest of those roots is the attempt to rediscover and restore the ancestral religions of Northwestern Europe.”

To which Kelley Harrell responded

Do we still largely define “modern Paganism” as Western European? I meet so many people from different traditions who identify with Paganism, though not of Western European origin. That’s something that the Wheel not being one-size-fits-all is also challenging. Climate change is forcing us to think more dynamically when it comes to our cultural groupings and how we qualify spirituality, therein. It’s impacting our psyches in bigger ways than just timekeeping.

Maybe we shouldn’t, but most of us do still think of Paganism in Western European terms. Wicca is still the largest form of Paganism, and while nobody’s written about “Wiccan privilege” recently (thank all the Gods!) many people – including some who should know better – still talk about Wiccan beliefs and practices as though they are normative of all of Paganism. If they don’t bring up Wicca they bring up Druidry (from Britain and Ireland) or possibly Heathenry (from Northern Europe).

And that ignores Hellenic polytheism and Kemeticism and Canaanite polytheism and countless other traditions. These traditions are (for the most part) fully inside the Big Tent of Paganism and they look nothing like Wicca. In order for our Big Tent to be anything other than an entry point, it needs to affirmatively include all the traditions that live inside it.

Trying to build a unified Pagan culture (too soon)

Also last week, Dayan Martinez finished his three-part (plus two interludes) series on Finding Pagan Culture. He asked for my feedback – this was what I had to say:

You have a noble goal – the establishment of a unified Pagan culture; an Articles of Confederation for a collection of Wiccans, Druids, Heathens, Kemetics, nontheistic tree-huggers, and a hundred other sub-sects. You tell us why we should unite, and for what it’s worth I agree with your reasons.

But the culture you propose has no “hooks” – nothing to keep us together when things get unpleasant, much less when they get difficult. You cited Jews in one part – there is much modern Pagans can learn from Jewish culture and the way they’ve survived for centuries as an oppressed minority. They haven’t done it by keeping a loose confederation. They’ve done it by creating and enforcing orthodoxy.

And that is anathema to modern Pagans.

I’ve seen a few attempts at building a unified Pagan culture. I’ve advocated for it myself once or twice.  None of them were done very well. “Because climate change / peak oil / Trump / mass extinction / Tower Time / etc” are all good reasons, but they aren’t reasons most people are going to accept until it affects them personally – and by then it’s too late.

As people migrated and empires grew, people carried the worship of their Gods with them – the Romans adopted Isis from the Egyptians and took Her worship as far as Britain. But it took Christianity (and later Islam) to claim that there was only one God whose worship should be universal.

It didn’t work very well. Not only are there still many religions, Christianity has hundreds of denominations, and each of them has countless local variations.

Calls of “we must unite!” always include something we’re supposed to unite around: a principle or a cause or a goal. But many times exactly what that is isn’t spelled out, and what it really means is “whatever the person with the soapbox wants.” That rarely goes well, even if what the person wants is good and necessary.

Building a meaningful culture requires passion – you’ve got to care about it or you won’t do it. You can’t be sold on it or guilted into it – how well did that work when your parents tried to convince you to stay in their Christian church? You’ve got to want to be a part of it for your own reasons, whatever those reasons are – even if they aren’t “proper” and “socially acceptable” reasons.

The good news is that we live in the most religiously diverse society in the history of humanity. If your passion is for witchcraft or the Gods of ancient Greece or the giant redwoods of California, you can build a religious tradition around it. And the odds are good someone is already doing it.

In our time, “local” doesn’t have to refer to geography. Groups and traditions can form around Welsh lore or the worship of the Morrigan or dealing with the impact of climate change, even if their members are separated by thousands of miles. If you’re passionate about it, other people will be passionate about it too – find them.

It always helps to have co-religionists you can touch and talk to without the aid of technology. If you can’t find or build a community around your passion, you can find a community of convenience: a CUUPS group or an ADF grove or a Wiccan coven that fills your need for physical community even if it doesn’t completely support your spiritual passions.

Whether they are in-person or virtual, our local traditions will succeed because we build around values, virtues, and goals we’re passionate about. They will not succeed as Pagans. They will succeed as Gardnerian Wiccans or OBOD Druids or Canaanite polytheists… or as ancestral, devotional, ecstatic, oracular, magical, public, Pagan polytheists.

No ancients ever called themselves Pagans. The Iceni were the Iceni. The Hellenes were the Hellenes. Religion wasn’t a set of beliefs to be affirmed or denied, it was part of who you are and especially whose you are. That kind of deep devotion to shared values and shared cultural identity is what will make our local traditions strong, vibrant, and self-sustaining.

But the modern Pagan movement has its own history and heritage, a series of “currents” that make Paganism Pagan. It doesn’t include enough commonality to generate passion for a shared identity, but there is enough commonality to encourage cooperation centered around common interests: religious freedom, environmental action, and events where we can celebrate our traditions and make our presence known to the wider world.

I originally thought the value of the Big Tent metaphor was its bigness – one tent with room enough for millions of Pagans and hundreds of Pagan traditions. But now I think we’re not ready for that, and we may never be ready for it. Our continued striving for a commonality that isn’t there distracts us and discourages us from doing the work necessary to build the strong local traditions we need.

Instead, I think the value of the Big Tent of Paganism is its tentness (is that a word? it is now). A tent is not a permanent structure – it’s a poor substitute for a house. But unlike a house, a tent is portable. We can set it up where ever we need it: at Pagan Pride Day, at an anti-pipeline rally, at a fundraiser for the homeless, at an archaeological dig. We gather under the tent, do what we came there to do, make some new friends and connections, and then take the tent down. We go back to our Wiccan or Druid or polytheist houses and go back to work on the things we’re really passionate about, working with the other people who are passionate about them too. 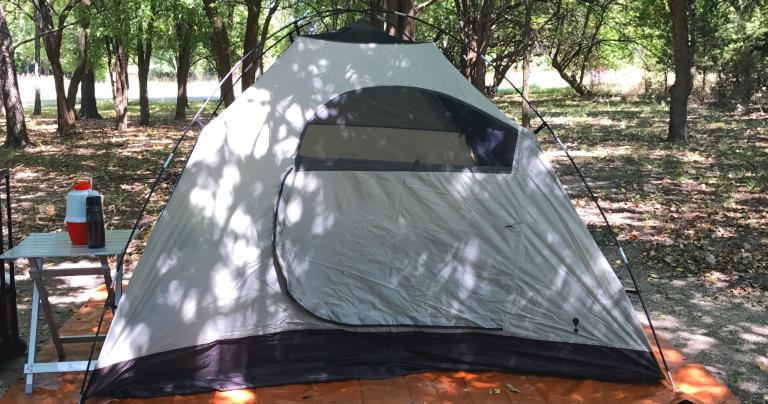 Our Christian-influenced mainstream culture assumes all religions are supposed to be universal religions. It hasn’t worked for them and it won’t work for us.

Instead, let’s listen as our Gods and spirits call us onto different paths. Let’s find the others walking those paths and work with them. Let’s build strong individual traditions and local groups that encourage exploration and mutual support.

And then when there are issues and events where we have common cause with other Pagans on other paths, we can set up our Big Tent, gather together, and do what we need to do to make the world a better place for all of us. 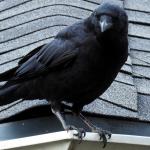 October 23, 2018
Trickster Gods, How Magic Works, Magic For Yourself, and More
Next Post 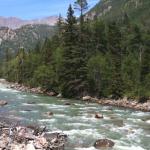 Your Magical Name
Beneath the Moon
Related posts from John Beckett