Never Sell Them Your Soul

Once we reach adulthood, most of us must work for a living. We trade our time and labor for money, which we use to buy the things we need and want. Whether that system is good, bad, or necessary is another topic for another time… as is the question of how we support those who cannot work, for whatever reason. For now, this is the way the game is played, and if you play it well your life will be easier and more secure.

The idea of an honest day’s work for an honest day’s pay is still valid. It rarely reflects reality, as pay for all but the top levels has stagnated and income inequality is a growing problem. Still, I’ve always tried to a more than adequate job for my employer. Part of that is self-preservation: if the company doesn’t do well, I’ll be out of a job. I’ve been through one major layoff and one plant closing, and I got out a few months ahead of another plant closing. I’d like to not have to do that again. 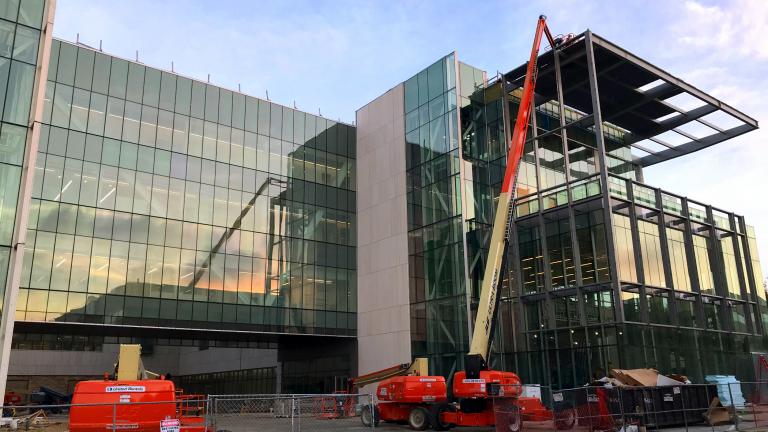 Beyond that, there is satisfaction in a job well done, even if it’s not something life changing. Martin Luther King Jr., who was in Memphis in support of a sanitation workers’ strike when he was assassinated, said “No work is insignificant. All labor that uplifts humanity has dignity and importance and should be undertaken with painstaking excellence.”

The deals we make with employers are many and varied. Some are fair and some are exploitative. Some involve commitments, while others are transient. A few will bargain for conditions and limitations, while most (particularly at the lower and middle levels) are take it or leave it. We all do what we have to do to get by in the world.

But regardless of the level, the conditions, the hours, or the pay; no matter how good or how bad, there is one thing you must never do.

Busting my ass for a gift card

In 1995 I was working for a small manufacturing company in Elkhart, Indiana that is no longer in existence. The company had been drained for years by its senior managers, who funneled most of the profits into bonuses for themselves instead of investing in new products, new equipment, or training and development for their employees. And of course, nothing in higher wages at any level.

It all caught up with them right about the time I went to work there. By September shipments to customers were getting later and later and the order backlog was growing unmanageable. Plans to fix things focused mainly on “work harder and longer” and ignored the systemic problems that got the company into the mess in the first place.

In October the general manager called everyone in for a group meeting where he explained the severity of the situation, described the plans to fix it, and asked for everyone’s commitment. He promised $100 Target gift cards for everyone if we could clear the backlog by the middle of December. I left the meeting feeling like it had to be done, and I started trying to think of things I could do that I wasn’t already doing – and I was already working at least 60 hours most weeks.

It’s been 23 years, but I remember exactly where I was when it hit me: I was busting my ass for a $100 gift card so the general manager could make his bonus targets worth tens of thousands of dollars. I still don’t know who I was madder at: him for trying to manipulate us, or me for buying into it.

I did my job, and I did it as well as I could. But at that point I finally realized that the cost of becoming a corporate executive was my soul, and I wasn’t willing to sell it.

Your value as a person is not tied to your job

As a kid, when you meet someone new one of the first questions is usually “where do you go to school?” or “what grade are you in?” As an adult, it’s “what do you do?” or “where do you work?” So much of our identity is tied up in our jobs – particularly for people in traditional “white collar” jobs. We spend our college years preparing for a career, then hopefully we find a job in our field, where we spend a huge chunk of our waking hours. And it’s the source of our livelihood.

I think it’s inevitable that at least some of our identity will be connected to our jobs. I’m a Druid and a priest, but I’m also an engineer. But identity is one thing – value is another.

Our ancestral traditions taught that the value of a person was in their character and in their deeds. Particularly for those who emphasized the control of the Fates, this was not determined by your station in life, but by how virtuously you lived regardless of your station. 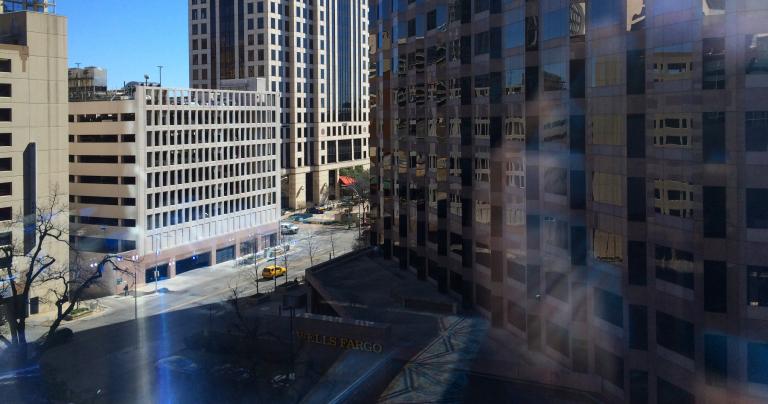 But a job can be an opportunity to express your values

Living virtuously regardless of your station is as important for us as it was for our ancestors. And while what we do today isn’t quite the same as battling cattle raiders with swords and spears, it isn’t easy either. Even if we work in ethical industries with people who genuinely try to do the right things, we are caught up in a system that prioritizes profit (and short-term profit at that) over all else.

But your core values and ethics are what they are regardless of the situation. And if someone asks you to violate them, they’re asking you to sell them your soul.

If you’re a Pagan, a Druid, a Witch, or anything else, you’re that at work the same as at home – it’s part of who and what you are. It may not be safe to be “out” and you’re probably better off leaving the magic at home (except when you’re not), but your values don’t change from situation to situation.

Volunteer organizations want your soul too

We like to rant against corporations and other for-profit businesses, but non-profit organizations can demand your soul as well. The ultimate goals may be very different, but the process is the same. A leader has a goal, that goal is very important to them, and they don’t mind pushing you to extremes to help them reach it. You wanted to “do your part” – now they want you to give up all your free time to raise funds or facilitate programs.

In theory it’s easier to draw and enforce healthy boundaries when you’re not being paid, but civic, political, and religious organizations are great at creating and manipulating guilt.

And sometimes they’re as evil as any tobacco company. How many church volunteers sold their souls to protect the reputation of their church instead of reporting child sex abuse to the authorities?

The most blatant of the non-employers are sports organizations. Coaches ranting to kids about “leave it all on the field” and “play through the pain” are a stereotype. So are the college coaches who lie, steal, and cheat to entice players to come to their schools, only to abandon them if they’re not as great as they thought.

I expect professional athletes to be dedicated to their sports – you can’t reach the highest levels of performance without it. But kids – and amateur adults – should be able to play sports for the joy of playing without being asked to sell their souls for a coach’s win/loss record.

But if it’s uncoerced passion, you may have found your true calling

A short while back I was talking with a friend at my UU church. We hadn’t seen each other in a while – he asked me what I was doing. I talked about the blog, promoting The Path of Paganism, and finishing my next book. I talked about presenting at several Pagan conferences and retreats. I talked about supporting Denton CUUPs as an ordinary member, and some deeper religious work I’m doing.

At the end of all this, he said “it sounds like you’re working two full time jobs.”

I hadn’t thought of it that way, but my answer was “yeah, pretty much.”

In September I wrote Their Ways Are Not Our Ways: A Warning And A Call, where I warned people who feel called to deep, ecstatic practice to do anything else if they can. I concluded with this:

They’re running me into the ground. And I love it. Dear Gods, I love it.

Did I sell my soul to Cernunnos, Danu, and the Morrigan? No, I found my soul in Their worship and service.

Trying to climb the corporate ladder only frustrated me. Looking for fulfillment in consumption bored me. Playing sports and appreciating good music and art brings me pleasure, but all of them ultimately leave me unsatisfied.

But the spiritual work I write about here – and some more that I don’t write about? That’s what fills my life with meaning.

For some, this level of religious commitment would mean selling your soul. And conversely, some of the really dedicated folks I work with find their fulfillment and meaning in running a large business. To each their own.

Most of us can’t make a living at our true calling. But finding our uncoerced passion makes it far less likely we’ll sell our souls doing what we have to do to pay the rent. 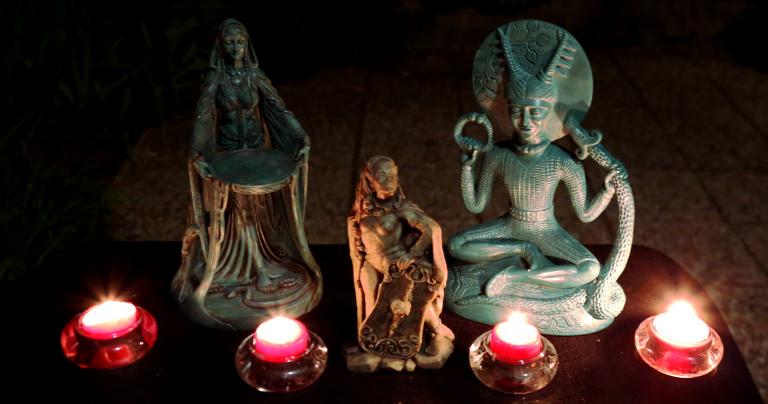 The world runs on reciprocity. Most times, this is not a gift for a gift but a carefully bargained exchange. Some of these bargains are fair, honorable, and respect the inherent dignity and worth of all involved. Others are unfair and even exploitative. The structure of our mainstream society means we can’t avoid them all. It falls to all of us to build a society that is more fair and just, especially when we’re in positions of relative power.

Until that can be accomplished, we will continue to find ourselves in difficult, unfair, and exploitative situations. We make the compromises we have to make. We give others more of our time and more of our energy than they deserve. And if we’re not mindful, we can find ourselves adopting the values and priorities of those who are exploiting us.

No one is entitled to your soul. Do what you have to do to get by, but never forget who you are and what’s really important to you. 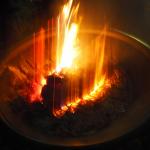 November 27, 2018
The Spiritual Authority of Oracles is Dangerous but Necessary
Next Post 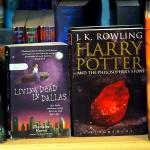 December 2, 2018 My Biggest Complaint With Magical Fiction
Recent Comments
0 | Leave a Comment
"Thanks, John, I always appreciate your reviews."
MadGastronomer Consorting With Spirits
"I hear you, and you're not wrong. But for a fundamentalist Christian, that "mountain" isn't ..."
John Beckett Pagans in the Marketplace of Religions
""It’s not 'many paths up the same mountain.' It’s many paths up many different mountains."It ..."
Laurie Pagans in the Marketplace of Religions
"I like this analogy. We need to develop the MENTAL SKILL of skill-building, which skill ..."
Laurie You’re Just Making It Up As ..."
Browse Our Archives
Related posts from John Beckett